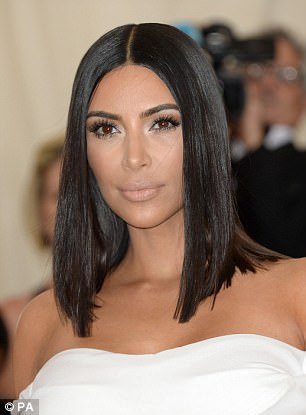 Kim Kardashian is a fan of the keto diet

Researchers studied people who have or type 2 diabetes or were at risk of developing it.

They found that that those following the low-carb plan advocated by the diet saw the most health benefits compared to those on a typical diet, whether the latter carried out physical activity or not.

The controversial ketogenic plan is relatively high in fat and advocates moderate protein – the most well-known being Atkins and Paleo.

Fans of the diet – said to put the body into an ‘optimal’ fat burning state – include celebrities such as Kim Kardashian and Rihanna.

Additionally, their resting metabolic rate – the rate at which your body burns energy when it is at complete rest – was more than ten times than those who ate a standard diet. 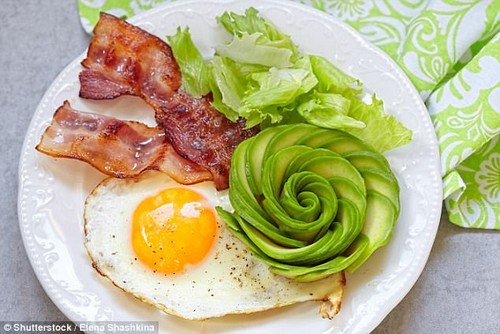 The keto diet even without exercise is healthier for weight control and for diabetics, new research suggests (stock image)

WHAT IS THE KETOGENIC DIET AND HOW DOES IT BURN FAT?

A ketogenic diet is a low-carb diet, where the body produces ketones in the liver to be used as energy.

It’s also known as a low-carb high-fat (LCHF) plan and the most famous include Paleo and Atkins.

Meat, fish, poultry and eggs are all allowed, as are non-starchy vegetables and leafy greens. Dairy, organic, full-fat is recommended for keto diets.

It involves limiting added sugars and white, refined carbs and only a small amount of fruit is allowed. 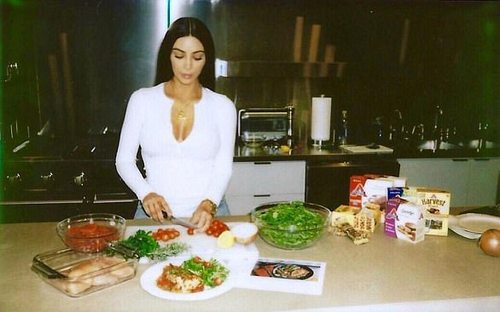 Eating high carbs causes your body to produce glucose and insulin. Glucose is the easiest for your body to convert and use as energy so that it will be chosen over any other energy source, it is believed.

Insulin is produced to process the glucose in your bloodstream by taking it around the body. Since the glucose is being used as a primary energy, your fats are not needed and are therefore stored.

By lowering carb intake, the body is induced into a state known as ketosis, a natural process that helps us survive when food intake is low.

This makes us produce ketones, which are produced from the breakdown of fats in the liver.

The goal of the keto diet is to force your body into this metabolic state – essentially it’s a type of starvation but not of calories but carbohydrates.

However, experts say low-carb diets bring heart and cancer risks from eating too much fat and protein.

Researchers from Bethel University in Minnesota studied 30 women and men between the ages of 18 and 65. All had previously been diagnosed with metabolic syndrome, pre-diabetes, or type 2 diabetes.

Metabolic syndrome is the medical term for a cluster of conditions – increased blood pressure, high blood sugar, excess body fat around the waist, and abnormal cholesterol levels – that occur together, increasing your risk the heart disease, stroke and diabetes.

Their BMI was greater than or equal to 25 (or waist circumference above 37 for men and 31.5 for women) and body fat percentage above 30 percent.

They were randomly placed into three groups, in the order they signed up for the study.

For ten weeks the first group consumed a diet of less than 30 grams of carbohydrates per day and did not exercise.

The second ate their normal diet and also did not exercise.

The third ate their normal diet but exercised for three to five days per week for 30 minutes a session.

After ten weeks, the results showed that while ample evidence indicates that exercise is beneficial, the health benefits produced were not as strong as following a ketogenic diet.

The authors wrote: ‘All variables for the ketogenic group out-performed those of the exercise and non-exercise groups, with five of the seven demonstrating statistical significance.’

The findings were published in the journal Diabetes and Metabolic Syndrome.

Larissa is nominee for the Mail’s Health Hero awards

Can Scientists Convince the Public to Accept CRISPR and Gene Drives?