Declining sperm counts and doubling rates of testicular cancer could be a ticking time bomb for the human race, a leading scientist claims.

Sperm counts have halved in the western world over the past four decades, which, alongside rising testicular tumours, could be behind plummeting fertility rates and couples’ increasing dependency on IVF, according to Professor Niels Skakkebaek from the University of Copenhagen.

Hormone-disrupting pesticides sprayed onto everyday food may be too blame as the changes are occurring too rapidly for genetics to be at fault, he adds.

Professor Skakkebaek said: ‘Alterations in our genome cannot explain the observations as changes have occurred over just a couple of generations.

‘Modern lifestyles are associated with increased exposure to various endocrine-disrupting chemicals such as pesticides that may be harmful to humans even though exposure to individual chemicals is low.’

Declining sperm counts could be a ticking time bomb for the human race, scientists claims

Women who consume sugary drinks while having IVF cut their chances of conceiving, new research reveals.

Drinking more than one sugary beverage a day reduces a woman’s chance of having a live birth after IVF by 16 percent, a Harvard University study found.

Having just one sugary drink a day lowers the chance of successful IVF by 12 percent, the research adds.

Sugary drinks also reduce the number and maturity of a woman’s ovarian cells, as well as lowering the amount of high-quality embryos, the study found.

Previous research suggests sugar stimulates the release of stress hormones that affect the health of the reproductive system. Eggs and embryos may also fail to thrive in high blood glucose environments.

‘Pesticides may be harmful to humans’

Professor Skakkebaek said: ‘What could be causing such disturbing trends? The short answer is that we do not know.

‘However, data suggesting that the incidence of testicular cancer has more than doubled in recent decades leaves little doubt that we should look into environmental causes, including lifestyle effects.

‘Alterations in our genome cannot explain the observations as changes have occurred over just a couple of generations.

‘Environmental exposures can come through food, water, skin, and work and home environments.

He said: ‘Both wildlife research and experimental studies suggest that modern lifestyles are associated with increased exposure to various endocrine-disrupting chemicals such as pesticides that together may be harmful to wildlife and humans even though exposure to individual chemicals is low.

‘However, little has been done to explore their potential effects on semen quality and testicular cancer.’

‘We have already waited too long’

Professor Skakkebaek said: ‘In particular, studies of maternal exposures in pregnancy and the subsequent reproductive function of their sons are needed.

‘Should we be worried about our future ability to reproduce ourselves, as some media coverage has claimed?

‘This inconvenient question makes sense when we look at what is going on in fertility clinics all over the world – more and more children are now born after in vitro fertilisation, intracytoplasmic sperm injection and insemination with partner or donor sperm.’

‘Why is the incidence of testicular cancer increasing among young men of reproductive age?

‘We have already waited too long. ‘ 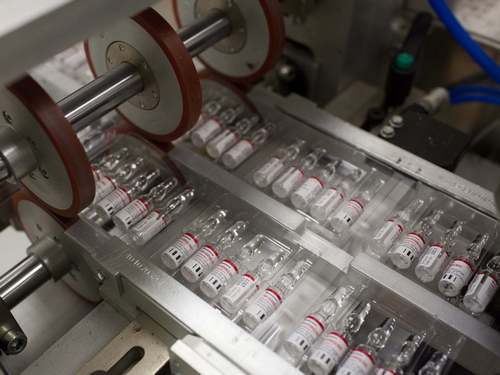 How long can you keep Thanksgiving leftovers for?

Bedford woman unable to recognise her own sister