Medical marijuana has curbed the use of opioid drug use in Illinois, a small but significant study claims.

Researchers at DePaul University and Rush University tracked 30 patients, with an average age of 45, who had pain, seizures or inflammation.

All of the people had opted for medical marijuana, which is legal in Illinois, rather than other prescription painkillers.

And they all believed the drug’s effects were faster-acting and longer-lasting than the medications they were taking before.

The controversial study is one the first peer-reviewed analyses of medical marijuana as a viable alternative for pain treatment.

Researchers at DePaul University and Rush University tracked 30 patients, with an average age of 45, who had pain, seizures or inflammation (file image)

It comes at a tense time for both opioid prescription use and marijuana use.

The United States is grappling to find alternative methods for pain management amid a worsening opioid epidemic.

Simultaneously, researchers are racing to dig deeper into understanding marijuana since the drug is now legal for medical use in more than half of the country.

Last year, former surgeon general Vivek Murthy warned that legalization is moving faster than research, and we are still in the dark about how the drug impacts the brain and could be addictive.

However, there is broad consensus that marijuana does not trigger addiction like opioids.

Consequently there is a broad push to see marijuana as a possible alternative to highly-addictive drugs like oxycodone, which are now kill more Americans a year than car crashes and HIV.

The study was met with backlash.

Kevin Sabet, a former White House drugs advisor to President Obama who now runs a marijuana-skeptical advisory group, said the researchers failed to isolate the various properties of the drug to understand where the benefits lay and where there may have been down sides.

‘One of the worst I’ve seen in a while. It was an uncontrolled observation of 30 people who were mixing pot with other drugs.’

He added: ‘Marijuana contains hundreds of cannabinoids, some of which have been shown to have medicinal properties when isolated and dosed.

‘We need more research to understand which of those cannabinoids have a beneficial effect, and we support reducing barriers to research. However, small-scale studies like this do not give us more information about which cannabinoids help which conditions. Instead, they are seized upon by a predatory industry to further commercialization and profits.’

Lead author Douglas Bruce, assistant professor of health sciences at DePaul, conceded that his study was small, and that we need far more research on marijuana to understand its effects.

But he insists the study shows a positive side: that patients may not be pigeon-holed to one risky treatment option.

‘One of the most compelling things to come out of this is that people are taking control of their own health, and most providers would agree that’s a good thing,’ Dr Bruce told the Chicago Tribune.

‘But the lack of provider knowledge around what cannabis does and doesn’t do, the difference in products and ingestion methods and dosing, is all kind of a Wild West.’ 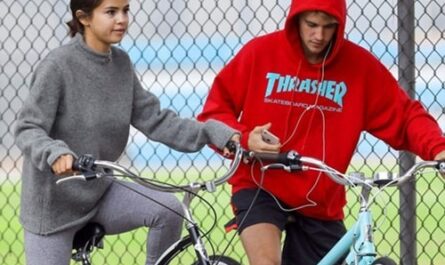 New Jersey psychologist on why we need a ‘single break’

Closer to the body