Whether it’s spots, cuts or mosquito bites, Meghan Markle has a secret weapon to combat them all.

The royal-to-be travels everywhere with a rather traditional remedy which she calls her ‘cure-all’.

Harry’s glamorous – not to mention practical – fiancée reveals she never gets on a plane without a bottle of a simple essential oil – tea tree.

Meghan said: ‘The one thing that I cannot live without when I’m traveling is a small container of tea tree oil.

‘It’s not the most glamorous thing, but if you get a cut, a mosquito bite, a small breakout, no matter what it is, it’s my little cure-all.’ 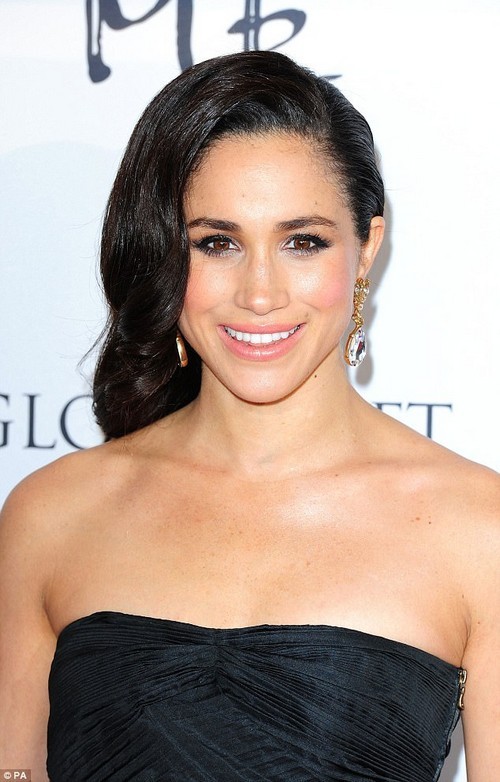 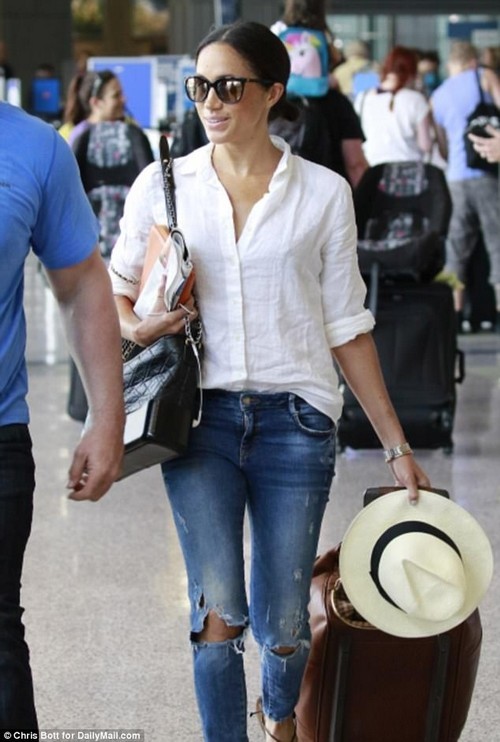 Earlier this year in July, Meghan touched down in Austin, Texas, for the ATX Television Festival and once again her skin looked flawless

Following the announcement of her and Harry’s engagement, the public is ever more keen to know everything about the Suit star including her beauty and health routines.

These comments have emerged from an interview the 36-year-old did with Allure.

Being cabin bound for a long time can certainly wreak havoc on your skin – and it’s safe to say Meghan has done her fair share of jet-setting for both her career and humanitarian work.

And, while in her first joint interview with Prince Harry since he popped the question, made clear she’ll be giving up acting, she’ll undoubtedly be on the go a lot as part of her new royal duties and will be keeping that bottle on stand-by.

But what makes tea tree oil so wonderful? Scientists believe that tea tree oil’s remarkable properties are due to 100 different ‘medicinal’ chemical constituents.

Here we take a look at what science tells us about its abilities.

According to Professor Tom Riley of the University of Western Australia’s Department of Microbiology, tea tree oil is agood antiseptic and can be used for abrasions and cuts.

‘The chemical composition of tea tree oil means it has the ability to penetrate the skin extremely well, which previous antiseptics and disinfectants have not done,’ says Professor Riley.

‘It also has some anaesthetic effects, which may help to stop it stinging.’

Apply a few drops of neat tea tree oil to cleaned cuts and grazes before applying an adhesive plaster.

Researchers at the Royal Prince Alfred Hospital in Sydney in Australia compared the effects of a water-based gel containing 5 per cent tea tree oil with a lotion providing the same concentration of benzoyl peroxide (a standard ingredient in acne treatments).

Clinical assessment and self-reporting of side-effects showed that tea tree oil was not as fast-acting as benzoyl peroxide, but was equally successful at reducing the number of blackheads, whiteheads and acne spots after three months.

However, the study found that tea tree oil was far better tolerated by facial skin.

HOW SAFE IS TEA TREE OIL?

Tea tree oil, made from the leaves of the Melaleuca tree, is prized in traditional medicine for its antiseptic, antifungal and antibacterial action.

Its medicinal properties are due to the compound terpene.

Tea tree oil is toxic when taken by mouth, the National Capital Poison Center warns, so it should not used in or around the mouth.

It can be used externally in its diluted form by the majority of individuals without adverse effect, found a 2006 review of studies into its toxicity that was published in the journal Food and Chemical Toxicology.

Researchers at Zurich University have demonstrated that tea tree oil is highly active against the oral bacteria that can lead to tooth decay and conditions such as gingivitis, mouth ulcers and bad breath.

Because of its multiple resistance to conventional antibiotics, MRSA can often flourish unchecked in wounds, causing problems with the healing process and, in the worst cases, blood poisoning, gangrene and even death.

Cellphone and cash: 2017 list of bizarre items in vaginas

The workout the Star Wars cast used to get camera-ready

The answers to the biggest holiday myths