The model who lost her leg to toxic shock syndrome revealed that she is ‘inevitably’ going to lose the other and is speaking out to warn women of the dangers of this infection.

Lauren Wasser, 29, contracted toxic shock syndrome (TSS) in 2012 after using a super-plus tampon while on her period.

Though tampon boxes warn not to leave it in for more than eight hours, Wasser said that she had been frequently changing her tampon while experiencing symptoms of the infection.

What started as flu-like symptoms left her suffering a massive heart attack and on life support as gangrene began to consume both of her legs, which led to a below-the-knee amputation of her right leg and toe amputations on her left foot.

Now as another amputation looms, the Los Angeles-based model is determined to warn women and young girls about the potential risks associated with tampons through promoting legislation for transparency in feminine hygiene products. 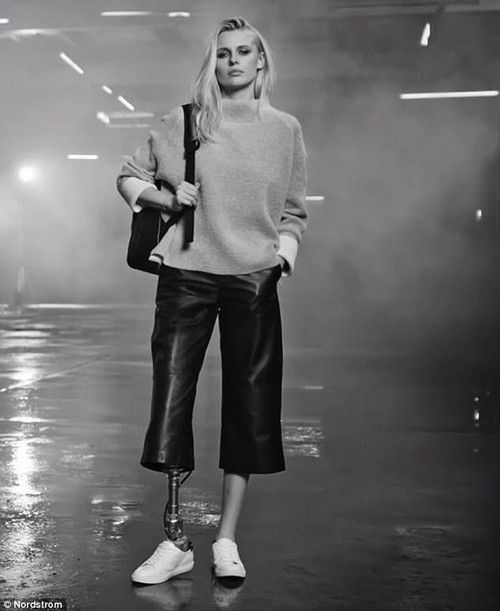 Lauren Wasser, 29, had her right leg and toes from her left foot amputated in 2012 after she nearly died from toxic shock syndrome from a tampon 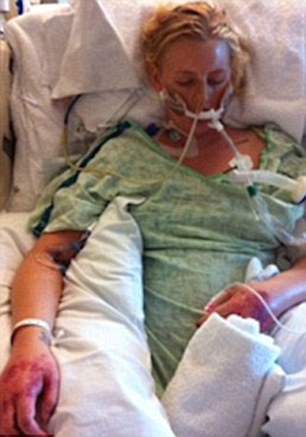 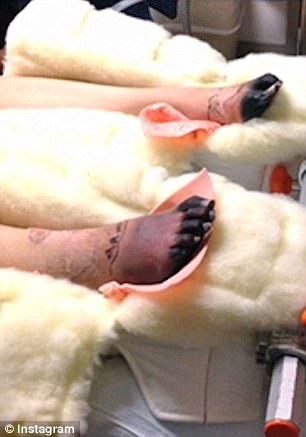 She is pictured in the hospital where she had a 107 degree fever, suffered a massive heart attack and gangrene consumed her feet leading to her leg and toe amputation 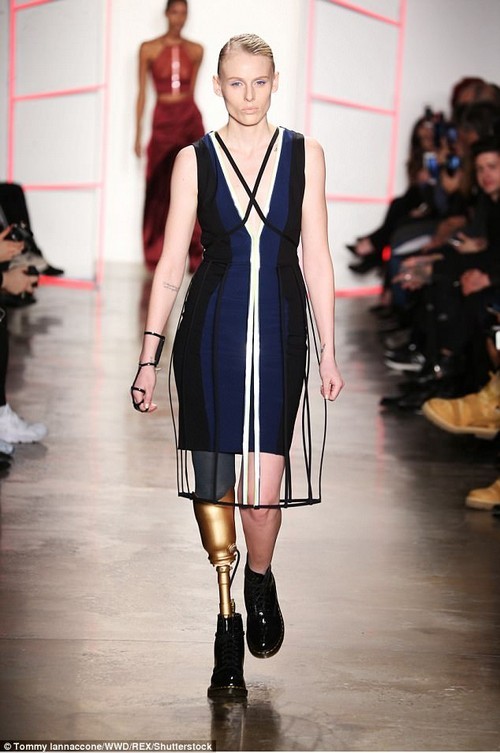 The Los Angeles-based model, who is pictured walking during the 2016 New York Fashion Week, has become an advocate to raise awareness about the dangers of tampons

Wasser said that the remaining injuries in her left foot could mean another surgery to amputate her left leg.

‘My left foot has an open ulcer, no heel, and no toes,’ she wrote in an op-ED featured in InStyle. ‘I’m in daily excruciating pain.’

Her body has produced calcium which caused the bones to grow on her foot as her brain’s way of telling the missing toes to grow back.

She has needed surgery to shave down the bone because it became too unbearable to walk.

Wasser also cannot wet her foot due to the open ulcer – something that is difficult for the California-born model.

‘In a few months, I’m inevitably going to have my other leg amputated. There’s nothing I can do about it. But what I can do is help make sure that this doesn’t happen to others,’ she said.

The model is now an advocate by pushing legislation urging the National Institutes of Health to help test feminine hygiene products to determine they are safe.

Wasser is advocating for a bill called the Robin Danielson Act, named after a woman who died from TSS in 1988, which requires feminine hygiene product companies to disclose exactly what is in their products and what the long-term health effects are.

The bill has been rejected 10 times.

She has spoken publicly about her condition and given a TED Talk to share her story. 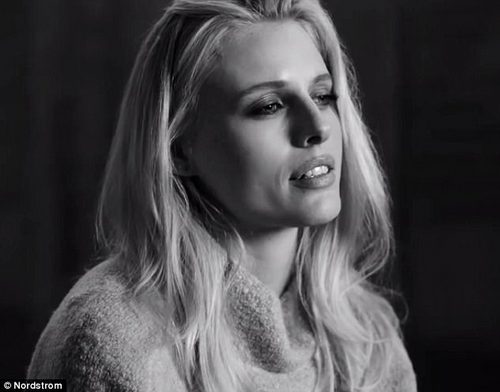 Even after her amputation, Wasser’s modeling career flourished as seen in an ad for Nordstom wearing her gold prosthetic leg

The model was 24 when she fell ill after using a tampon.

She was found in her apartment 10 minutes from death, face down, unconscious on her bedroom floor covered in feces and vomit, after her mother called police for a wellness check when she had not heard from her for a while.

While in the hospital her fever reached 107 degrees, she suffered a heart attack and her organs began to fail before she was put into a medically induced coma.

WHAT IS TOXIC SHOCK SYNDROME?

Toxic shock syndrome is a highly dangerous bacterial infection – but it can be misdiagnosed because the symptoms are similar to other illnesses and because it is so rare.

It occurs when usually harmless Staphylococcus aureus or Streptococcus bacteria, which live on the skin, invade the bloodstream and produce dangerous toxins.

Symptoms usually begin with a sudden high fever, with a temperature above 38.9C/102F.

Within a few hours a sufferer will develop flu-like symptoms including headache, muscle aches, a sore throat and cough.

Women are most at risk of getting toxic shock syndrome during menstruation and particularly if they are using tampons, have recently given birth, or are using an internal barrier contraceptive such as a diaphragm.

While tampon boxes advise to change them between four to eight hours, it is common for women to forget and leave them in overnight.

An infectious disease doctor ordered to check if Wasser had a tampon in and after a test was done, she was diagnosed with TSS.

However, the damage was done to her legs from gangrene and doctors needed to amputate. She now uses gold prosthetic leg.

It is commonly misdiagnosed because the symptoms resemble other more common illnesses.

The infection occurs when usually harmless Staphylococcus aureus or Streptococcus bacteria, which live on the skin, invade the bloodstream and produce dangerous toxins.

It most commonly occurs in women using tampons.

Tampon boxes come with a warning of the deadly infection after leaving it in for more than eight hours, though Wasser said she changed them regularly.

Each year toxic shock syndrome affects about one in 100,000 women.

The disease made headlines in the late 1970s and early 1980s after the deaths of several young women who were using a brand of super-absorbent tampon that was later removed from the market.

However, TSS has not impeded Wasser’s modeling career. 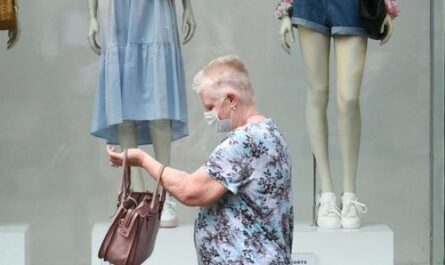 Coronavirus: Global death toll ‘could triple’ in next four months

How to get Leona Lewis’s toned legs