People who go abroad for plastic surgery are being left with ‘lifelong’ deformities due to botched procedures, a leading surgeon has warned.

Professor Ash Mosahebi says the NHS is being left to foot the bill for treating people with sepsis, a life-threatening condition triggered by infection entering the bloodstream.

Some are left with ‘horrific injuries’ usually seen in fire and road accident victims because surgeons have to cut out the damaged and dead tissue, explains Prof Mosahebi, a consultant plastic surgeon at the Royal Free Hospital in London. 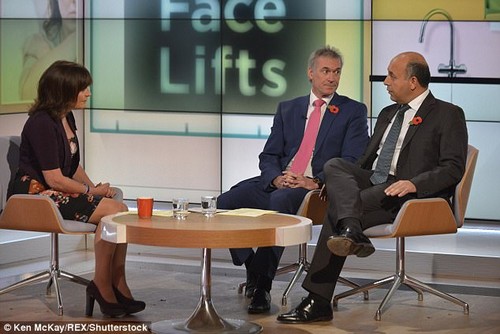 Prof Ash Mosahebi, pictured right on Lorraine Live in November 2012, has warned women against seeking cheap breast surgery abroad as it can have life-changing consequences 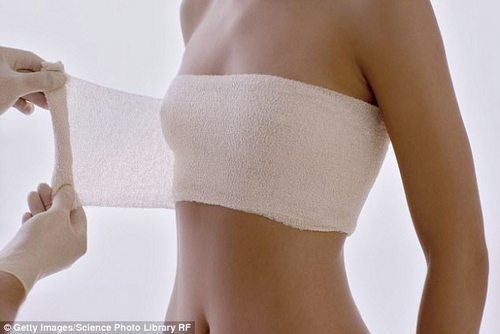 More than one in ten breast patients ended up losing their nipples, he says.

Many people are lured overseas by cosmetic ‘brokers’ who offer face-to-face consultations in the UK with surgeons visiting from abroad – who then operate in their home country.

Yet these practitioners, who are from nations such as Turkey, Lithuania and the Czech Republic, are not registered with the General Medical Council (GMC), he says. ‘These companies entice patients to clinics abroad with cheaper prices. But people need to be educated that it’s a false economy going overseas.

‘They might have inappropriate or unnecessary surgery because these companies are geared towards making money.

‘Any consultation should only take place with doctors who are GMC-registered.’

A study carried out by Prof Mosahebi and his colleagues, presented this week at the British Association of Aesthetic Plastic Surgeons (BAAPS) annual scientific meeting in London, shows the worrying scale of the type of injuries suffered at the hands of overseas clinics.

More than half of the complications seen and treated by the Royal Free staff involved infection, and 15 per cent of cases were the result of a wound failing to heal or rupturing.

Women can lose their nipples as a result of ‘ poor surgical planning,’ explains Prof Mosahebi, a member of the BAAPS council. ‘In breast surgery, if the nipple is not moved properly, it’s then starved of blood and ends up going black and infected.’

His findings are based on women aged between 25 and 60 who underwent cosmetic treatments abroad between 2015 and 2017.

All were treated for complications resulting from their original surgery, with nearly half being admitted via A&E.

The most common operation they had had was either a breast enlargement or reduction, or a tummy tuck.

Some patients with implants had developed an infection or sepsis, which could have proved fatal, and others had to have skin grafts to reconstruct the damage caused by the botched surgery.

The study also reveals the burden faced by an already overstretched NHS in paying for correcting procedures.

The total cost to the Royal Free Hospital alone, where the 21 patients in the study were treated, was in excess of £282,000.

Three medics arrested over killing of WHO doctor