In March, Gwyneth Paltrow posed in a red Stella McCartney bikini on the cover of Women’s Health magazine – and looked sensational. I’ve always been a Gwynnie groupie and, after that, I thought it was time to see if living like her for a month would make me both feel and look like the same picture of health. Was it humanly possible?

It would mean following the ‘wellness’ website Goop, launched almost a decade ago at the kitchen table of the Hollywood star and mother-of-two, who turned 45 last week. It has since turned into a phenomenon, and a notoriously controversial one at that. 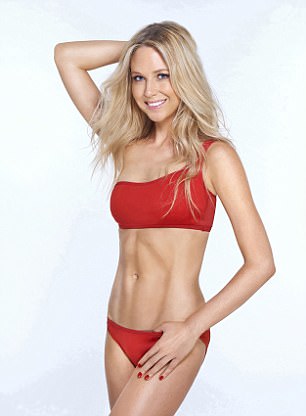 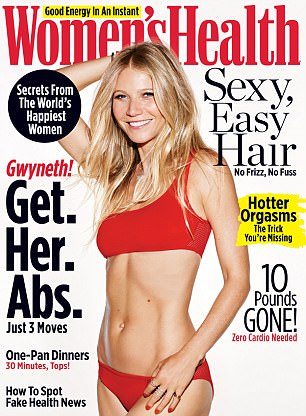 Fitness blogger Poppy Cross, left, spent one month following a diet endorsed by Gwyneth Paltrow to see if she could pull off a photoshoot of the Hollywood star in Women’s Health, right

And who could forget her recommendation that women steam and insert stone eggs into their most intimate areas to provide ‘hormonal balance’ and improve relationships – something described by medical experts as not only dangerous but ‘complete bull’.

TINA is calling for an investigation into claims that Goop-endorsed products and treatments can treat, cure, prevent, alleviate symptoms of or reduce the risk of ailments ranging from depression to infertility and arthritis.

Goop says the allegation is ‘unsubstantiated and unfounded’, and Gwyneth encourages followers to weigh up the evidence for themselves. So that’s exactly what I did.

For one month, I attempted to live her life by adopting the health fads and treatments she has personally recommended.

Before starting, I felt a pretty poor four out of ten on the wellness scale. The opportunity, at 31, to ‘glow like a radioactive swan’, as Paltrow was recently described by one journalist, sounded pretty exciting. But, as I discovered, being as ‘well’ as Gwynnie takes a lot of time. And money.

Goop has featured thousands of products and therapies over the years. So I decided to try only the things Gwynnie has publicly admitted to doing herself.

First, I had to assemble the basics. Gwyneth practises dry body brushing daily. ‘It’s fantastic for circulation and it helps smooth cellulite. I do it every night before I get in the bath,’ she has said.

Speaking of baths, she uses Epsom salts in hers, said to help muscle recovery after exercise and help induce sleep. 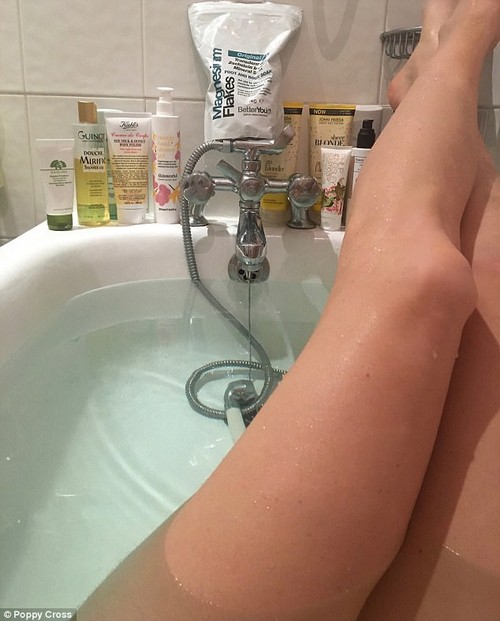 She also works out regularly with her personal trainer Tracy Anderson, based in LA. I make do with Anderson’s workout DVDs and purchase a foam roller to help stretch out the muscles and blitz cellulite.

Mercifully, neither vaginal steaming or another rather hideous sounding practice called apitherapy – getting stung by bees ‘to get rid of inflammation and scarring’ (says Gwynnie) – are available in this country, so they’re off the list.

I also invest in Gwynnie’s cook books and copious amounts of coconut oil and ‘clean-eating’ food. Following her recipes exactly involved a fair bit of Google searching and purchasing from American online shops. A week later it’s time to get started.

My daily Gwynnie routine begins with hot water and lemon.

Her regular diet, as detailed in Goop Clean Beauty, is based on the advice of Dr Alejandro Junger, her doctor and ‘detox expert’. He banishes everything from red meat to eggs and even the humble banana, in favour of plenty of white meat, fish, green veg and some pulses and grains.

However, I am relieved to discover Gwynnie doesn’t ‘eat clean’ all the time. She has confessed: ‘The day I swear off red wine and gluten for life isn’t coming (ever).’

She allows herself ‘programmed treats’, admitting: ‘I often have a glass of red wine in the evening and smoke a cigarette on a Saturday.’ The balance ‘keeps her vibrant’.

The worst thing was giving up cheese – I just couldn’t face giving up caffeine – but I did enjoy an occasional treat of red wine and the odd portion of fries. Dr Junger also recommends an annual week-long detox (with no treats at all). I save this for my final week.

A SUCKER FOR CUPPING… 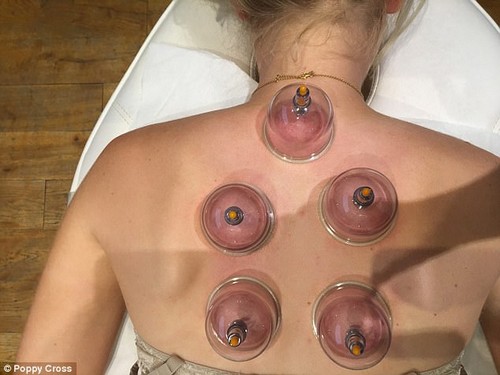 This is one of the many alternative practices Gwyneth advocates. A traditional Chinese therapy that’s a form of blood-letting, it’s claimed it relieves inflammation and muscle pain and aid recovery after exercise. At the London Cupping Clinic, my first treatment costs £49 for 20 minutes.

Glass cups with an attached pump are placed on to my upper back. The gentle suction causes the skin to rise and redden as the blood vessels expand. After three minutes, the cups are taken off and tiny cuts are made with a scalpel. To my relief, it’s not painful – and I’m told not to worry about the large, glaring, traffic-light-like bruises on my back that cause horrified stares during my yoga class. I notice no physical benefit, but then I had no pain to start with.

TIME FOR EXERCISE… AND FOAM ROLLING

Gwynnie has credited personal trainer Anderson with giving her ‘the a**e of a 22-year-old stripper’ – thanks to two hours of working out a day. There are three DVDs, all dance-inspired cardio and circuit training, and I complete one a week. They’re fun and accessible to all abilities.

Next, the foam roller. A Goop expert claims that by manipulating the fascia – body tissue that covers the muscle structure like clingfilm – you can ‘eliminate congestion and puffiness and bring the body into alignment’. The eight moves take 30 minutes – I manage ten minutes now and again. After a month my circulation seems better, my muscles are less tight – but I’m less convinced about it banishing cellulite.

A PRICEY BREAKFAST… AND OIL MOUTHWASH 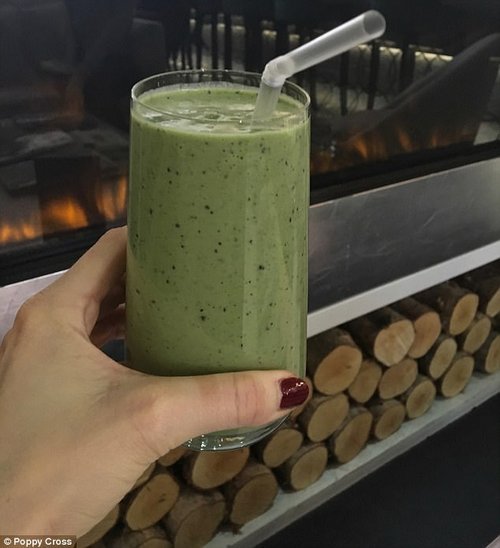 How does it taste? Thick, delicious, energising, but a tad rich.

When it comes to teeth-whitening, forget bleach. Instead, it’s one minute of ‘oil pulling’ – swishing coconut oil around in your mouth – which Gwyneth says can have the same effect. It’s as unappealing as it sounds – and I never do it again. Instead, I use the coconut oil as a moisturiser after an evening bath. A big tub can cost less than £5. Finally, a money-saving tip!

INFRARED SAUNAS… AND A NO-SCALPEL FACELIFT 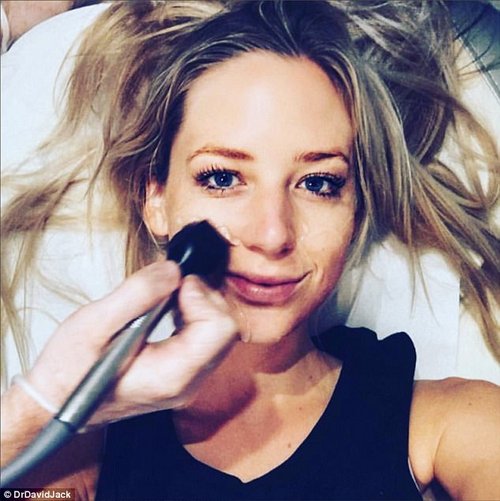 Paltrow is often admired for looking good for her age, rather than younger than she is. The secret? A laser skin treatment called Thermage. ‘It’s non-invasive but it’s quite painful, like having your face smacked with a rubber band that has an electric shock in it,’ she says. Dr David Jack in Harley Street offers a similar treatment called Forma to rejuvenate skin. I didn’t notice much difference, but was told it would take a few sessions.

Gwyneth also has regular infrared saunas to help flush out toxins. I go to the PUR Wellness clinic, where I discover that unlike traditional saunas, these wood cabins contain panels that emit infrared rays that heat the body, rather than heat sources and steam. I still sweat buckets.

Dr Junger claims: ‘Infrared heat is proven to be beneficial for musculoskeletal ailments, heavy metal detoxification, increased blood flow, and boosting the immune system.’ I can find no evidence for any of this – but I do feel really good after each session. I’m halfway through my month of living like Gwynnie. It’s time-consuming, but all this Goop living leaves me feeling 7/10.

I.V. VITAMINS AND A SHAMAN 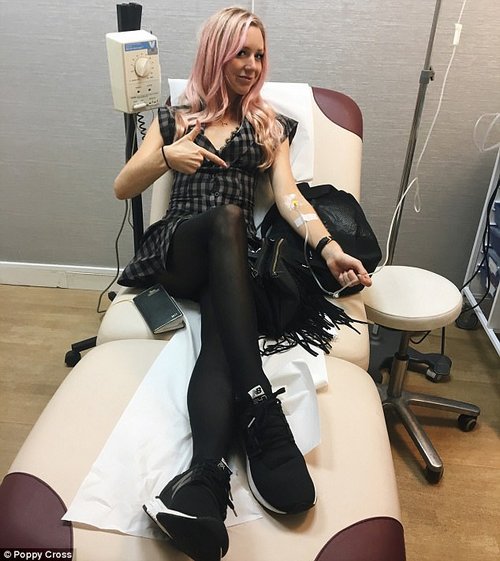 I go to IV Boost in London where, over the space of the month, I have four infusions. They feel cold as the liquid enters my vein and despite the hefty price tag, I don’t notice any difference in how I feel afterwards.

The next day, I visit a shaman – a spiritual healer, another of Gwynnie’s favourite things.

Roland Torikian, who charges £150 for a 90-minute session in Covent Garden, hands me a hen’s egg. ‘The egg is like a microcosm,’ he says.

‘By holding it, you pass your energy into it.’ After ten minutes of questions, he takes the egg, cracks it into a glass of water and studies it. He then performs some energetic arm movements in front and behind me and burps, which he says expels my bad energy through him. The sessions are somewhat bizarre, but he is a good listener and offered reassurance to
any issues that came up. 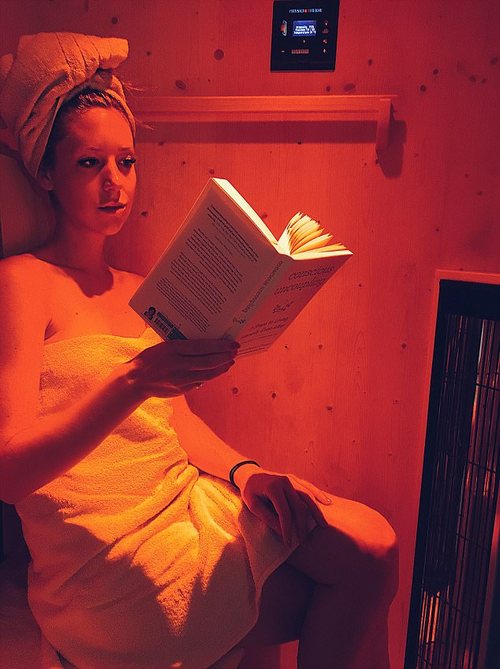 When Gwyneth split from Coldplay frontman Chris Martin, they announced they were ‘consciously uncoupling’. The phrase was coined by psychotherapist and author Katherine Woodward Thomas and is now the title of her book on ‘completing a relationship’. Having gone through a break-up myself last year, I read the book with great interest. The fact that Gwyneth is openly talking about these therapies and processes in an unashamed way can only be a good thing.

THE SEVEN-DAY DETOX THAT TOOK ME TEN

Gwynnie says her detox isn’t about deprivation, and she’s right.

But boy did it take planning and time – about one-and-a-half hours a day on average – as well as significant amounts of cash for ingredients. You can kiss your social life goodbye, too. In the end, it took me ten days to get through all the meals due to – well, life.

Being as ‘well’ as Gwynnie became almost a full-time job and, in reality, what I’ve tested represents only a smidgen of her regular lifestyle practices. It’s clear that to live like her, you need a lot of time and an awful lot of money.

The things I’ve found most beneficial are in fact the most ordinary: a nutritious diet, plenty of sleep, exercise and the wisdom of psychotherapists.

I loved learning new recipes and spending time in the kitchen. The meals were hearty and tasty, but there’s no way I’m keeping up that strict exclusion diet.

The body-brushing has been great and my skin does look and feel smoother. The Epsom salt baths were also very relaxing.

As for infrared saunas, they’re too expensive, but I am having regular traditional saunas at my gym, and love this scheduled ‘me’ time.

All that remains for me is to celebrate my month with Gwyneth’s ideal ‘last meal’; red wine, oysters with cocktail sauce, a baked stuffed lobster with fries and a baguette – and a cheese course for pud.

Now that I do recommend!

THE COST OF THE BRUTAL REGIME

■ ‘Clean eating’: As recommended by Gwyneth’s own doctor in the Goop Clean Beauty book, £10.

■ Clean recipes also in: It’s All Good: Delicious Recipes That Will Make You Look Good And Feel Great, £16.59, It’s All Easy Weekday Recipes For The Super-Busy Home Cook, £16.59.

■ Infrared saunas: From £99 for four 30-minute sessions a month.

■ Full head of balayage (highlights) by Jack Howard at Paul Edmonds to get Gwyneth’s blonde locks: £340, two hours; plus manicure, £35, one hour.