The NHS has been slammed by MPs over its handling of a data loss scandal that ‘badly failed’ thousands of patients.

A private firm working with the NHS mislaid almost 900,000 medical documents in the five years to 2016.

These included test results and letters sent between GPs and hospitals, some saying that patients had cancer. 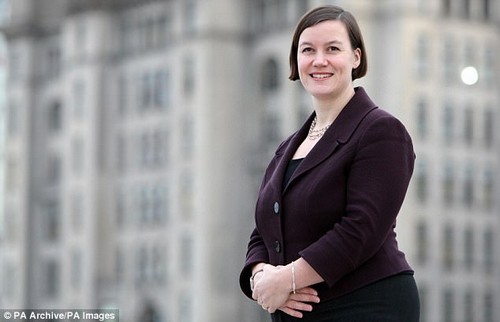 The NHS was forced to admit that 900,000 documents went missing over a five-year period

Yet 18 months after the scandal first came to light, NHS officials still have no idea if any patients were harmed.

Now a damning report by MPs on the Public Accounts Committee has criticised NHS England and the Department of Health for a ‘lack of grip’.

The firm responsible, NHS Shared Business Services, had a contract to deliver documents between GPs and hospitals.

But employees dumped many items in the bin, believing they were irrelevant, and destroyed up to 35 sacks on the assumption they were ‘out of date’.

An initial investigation by the National Audit Office estimated 709,000 items had been mislaid. But today’s report claims there were a further 162,000 missing documents – 871,000 in total.

Labour MP Meg Hillier, chairman of the committee, said NHS SBS’s loss of the documents ‘beggars belief’, adding: ‘We will never know the scale of emotional distress caused to patients by the shoddy handling of NHS clinical mail.

‘NHS England eventually stepped in but, even now, huge volumes of mail are still to be properly assessed and we are far from confident health officials are on top of the issues.

‘The hunt for further correspondence, and therefore potential cases of harm to patients, continues. It is vital to the peace of mind of patients that all necessary steps are taken – and quickly.

‘Even then, taxpayers could be landed with the bill for further costs arising from fines or negligence claims.’ Health officials are still trawling the records of 2,000 patients to check if any suffered harm.

There are concerns that the loss of correspondence may have delayed diagnoses of cancer or other serious illnesses.

The report said: ‘We were deeply unimpressed by the lack of grip NHS England still has on the handling on clinical correspondence and dismayed to be informed of a further backlog of 162,000 items which need to be assessed.

‘NHS SBS badly failed the patients and GPs. NHS England and the Department of Health both failed in their oversight of NHS SBS.’

An NHS England spokesman said they were ‘deeply concerned’ by the errors, which they were only told about in March 2016, adding: ‘A team of doctors and other NHS staff was quickly set up to sort through the issues… and the whole matter is on track to be resolved by March.’

NHS SBS, which no longer handles NHS documents, said: ‘We have expressed our regret for this situation and co-operated fully with investigations.’

Why this urine sample is green