A mother-of-three successfully delivered sextuplets this Monday less than a year after suffering a heartbreaking miscarriage.

In just four minutes, Courtney and Eric Waldrop, 35, welcomed three boys and three girls to the world to join their three older sons, making them parents of nine.

The sextuplets were born premature at 30 weeks old but doctors said the babies are all in good condition and will remain in the neonatal intensive care unit (NICU) for several weeks.

New pictures have been released of the days-old infants who range from two pounds four ounces to two pounds 14 ounces.

The parents revealed the unique names of the sextuplets in a press conference. The boys are named Layke Bryars, Blu Wellington and Tag Bricker while the girls are called Rivers McCall, Rayne McCoy and Rawlings McClaine.

Mother Courtney Waldrop, 35, looks on at her husband Eric, 35, during a press conference at Huntsville Hospital in Alabama

This is the first sextuplet delivery at Huntsville Hospital and the first in Alabama since 2011.

Hospital employees held drills to practice for the rare delivery and performed a c-section with a team of about 40 labor and delivery nurses, neonatologists, anesthesiologists, maternal fetal medicine specialists and surgical assistants.

Courtney took to Facebook to update family and friends and said she is doing well but is very week and getting blood transfusions.

‘My body is in complete shock after growing six babies,’ she wrote.

The middle-school sweethearts said they always wanted a big family but to their surprise doctors discovered six fetuses in Courtney’s womb.

With that shock came the fear of the complications that could arise while pregnant with multiple babies.

But the babies came out crying and are stable, according to doctors.

This is a relief for the couple from Alabama who had a long history of heartbreaking miscarriages after having their first son Saylor in 2008.

They then used fertility treatments to conceive their twin boys, Wale and Bridge, now five.

The Waldrop family, from Alabama, welcomed six babies Monday when mother Courtney delivered sextuplets, adding to their family of five

Courtney Waldrop, 35, was surprised to learn she was expecting sextuplets after taking low dosage fertility drugs earlier this year 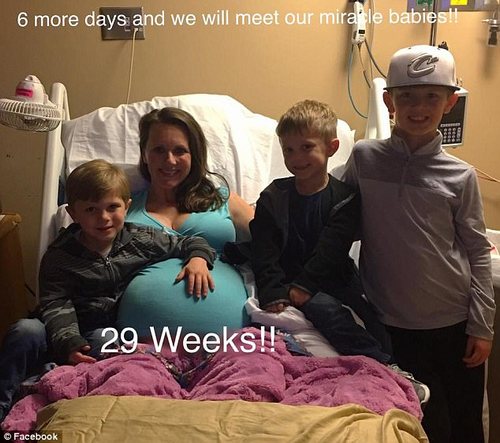 After a miscarriage of their fourth child in January, their doctor put them on a low dosage of fertility treatment that was meant to minimize the chances of Courtney carrying multiple fetuses, even though their twins were born this way.

‘It was devastating because I can get pregnant so easily, I just can’t hold on to them,’ Courtney told PEOPLE. ‘It was upsetting, but we had experienced it before and I knew I had a medical issue that contributed to it.’

During an ultrasound in June, the technicians heard six heartbeats in the first-grade teacher’s womb.

This was both cause for celebration and concern, due to the extremely high risk of the sextuplets being born preterm.

Mothers carrying multiple fetuses have an increased chance of having a c-section and are at a higher risk of stroke, high blood pressure, gestational diabetes and urinary tract infections.

Doctors explained the option of selective reduction, a procedure that reduces the number of fetuses and increase the chances of survival for the others.

But the parents refused and said they would let faith guide them.

Courtney said the couple was scared due to her small frame but excited to see their family grow. 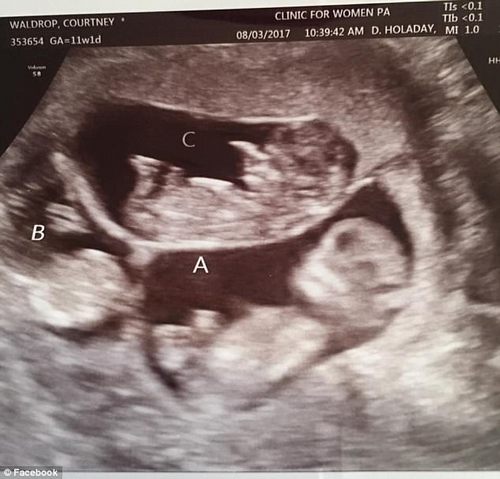 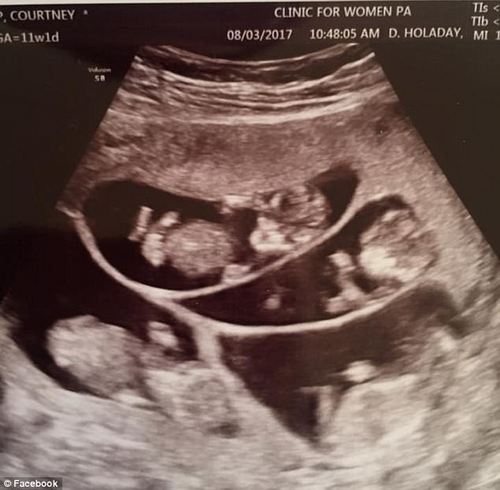 According to a 2013 study, the number of multiple births of triplets or more due to fertility drugs and injectable hormones rose from 36 percent to 45 percent from 1998 to 2011.

At the same time, the births of multiples because of in-vitro fertilization (IVF) dropped from 48 percent to 32 percent.

At 11 weeks Courtney took to Facebook and said her calorie intake was the biggest concern because she would have to consume a high amount to keep herself and the babies healthy.

‘Please pray that my appetite will allow me to eat like I’ve never eaten before,’ she wrote.

It seemed impossible to carry six babies full-term so the couple’s goal was to make it to at least 30 weeks.

At 25 weeks Courtney was put on bed rest for seven days to slow down the progression of the babies.

But last week she announced she had carried the sextuplets to 29 weeks, meaning they reached their 30 week goal.

Though this is still premature, the babies have a better chance at survival and decreased risk of complications such as cerebral palsy, difficulty breathing and development delays.

The sextuplets were delivered Monday in Alabama between 1.48pm and 1.52pm.