Should all pregnant women be taking vitamin D supplements as well as folic acid to prevent pregnancy complications? That’s the suggestion from new research that could potentially save the lives of mothers and their babies.

For the first time, scientists at the University of Birmingham have looked at exactly how the sunshine vitamin affects the health of the placenta, which supplies unborn babies with vital food and oxygen from their mothers.

The researchers’ breakthrough discovery is that immune cells in the placenta respond to vitamin D, actively promoting the organ’s healthy development.

The findings could have wide-ranging implications for many conditions, including pre-eclampsia (dangerously high blood pressure in pregnancy) and possibly stillbirth and miscarriage, according to Martin Hewison, a professor of molecular endocrinology and deputy director of the Institute of Metabolism and Systems Research at the University of Birmingham.

‘We now know for the first time that immune cells in the placenta act differently according to the levels of vitamin D in the mother’s blood, so it follows that supplementing vitamin D may improve the healthy development of the placenta,’ says Professor Hewison, who is one of the country’s leading experts on vitamin D.

Pre-eclampsia affects around 6 per cent of all pregnancies. There is no cure, apart from delivering babies early, and in the UK, 1,000 babies and seven mothers die every year as a result. 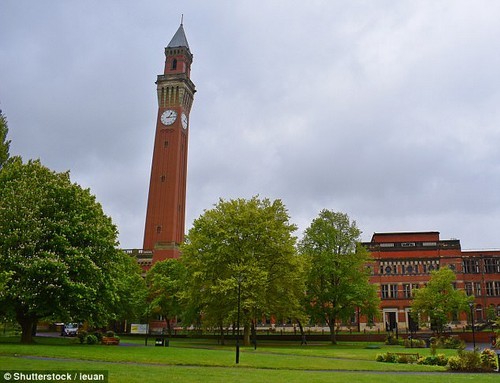 The University of Birmingham study suggests that vitamin D supplements could have an impact on conditions like pre-eclampsia, stillbirth and miscarriage

Women who develop pre-eclampsia can go on to suffer convulsions (eclampsia), bleeds on the brain (stroke) and kidney or liver failure, while early labour puts their babies’ lives at risk.

Vitamin D deficiency is common in the UK because sunlight in winter is too weak for the body to make enough of the vitamin. However, most previous studies have focused on how many women have a deficiency, and not what it means for the mother and child.

Currently, women who are expecting are advised by the nhs to take 400mcg of folic acid daily, but there are no special guidelines when it comes to vitamin D – they are advised simply to take a 10mcg supplement daily like the rest of the population. 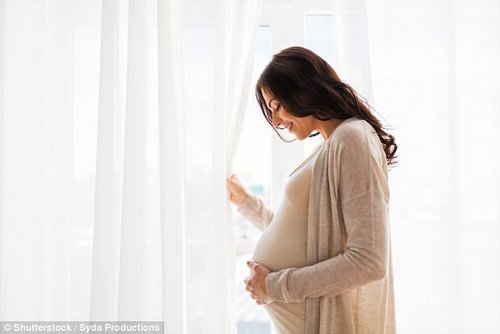 Vitamin D promotes blood vessel growth and improves immune cell function in the placenta, according to the study

‘Vitamin D can act directly on cells from the foetus that interact with blood vessels from the mother to allow adequate blood flow to the foetus,’ says Professor Hewison.

‘However, Dr Tamblyn’s work shows that vitamin D can also modify a group of placental immune cells known as uterine natural killer cells, so a mother’s body is less likely to reject the foetus, while still fighting off infections that might harm the foetus, such as chlamydia.’

The new research also suggests that the vitamin affects cells in the placenta that have an anti-inflammatory action.

‘Inflammation can occur after infection or when tissue is damaged,’ says Professor Hewison. ‘It can help combat infection, but may also cause damage to surrounding tissue.

‘Of course, this is dangerous in pregnancy and inflammation is a potential cause of miscarriage, pre-term birth and pre-eclampsia.

‘Our research findings are potentially as important as the discovery that folic acid supplements pre-conception and in early pregnancy could reduce the risk of the neural tube defect spina bifida,’ adds Professor Hewison.

‘We knew that taking vitamin D in later pregnancy was important for the development of the foetal skeleton, but we now believe taking vitamin D supplements very early in pregnancy, or possibly even before conception, could help protect against pre-eclampsia and possibly other pregnancy complications, such as growth restriction and even miscarriage.

‘We now need to do larger studies looking at vitamin D supplementation early in pregnancy.

‘I believe it’s likely the optimal dose will be much higher, though, than the 10mcg a day recommended for the general population, including pregnant women.’

Trials to find the optimal dose are ongoing. However, recent studies in the U.S. have safely used 100mcg a day to raise maternal vitamin D levels – ten times what the Department of Health currently recommends we all take.

The research was funded by the charity Wellbeing of Women, which is supported by Vitabiotics Pregnacare

So what should women do in the meantime?

‘It is still unclear whether a higher dose of vitamin D is needed to help with pregnancy, but 10mcg/day will certainly do no harm, and we believe that the earlier a pregnant woman gets vitamin D, the better,’ says Professor Hewison.

The results of the study from the University of Birmingham are being prepared for publication in a scientific journal.

This work was funded by the charity Wellbeing of Women, which is supported by Vitabiotics Pregnacare.