‘Zombie’ British children spend nearly five hours a day in front of screens due to the rise of smartphones and tablets.

An Oxford University study shows their average daily screen time has leapt in a generation from just under three hours to four hours and 45 minutes a day.

Parents have been warned to act as children as young as eight spend more time online through the day, including at school and when studying, socialising, eating and playing sport.

Parents used to worry television would rot their children’s brains – but youngsters today watch ten minutes less a day than they did at the turn of the Millennium.

But then children needed a computer to go online and only a third of homes had internet access.

In the year 2000-01, children aged eight to 18 spent two hours and 59 minutes a day in front of screens, according to data taken by the report from the national UK Time Use Survey.

But in just 15 years that has risen to almost five hours, as they now spend two hours and 16 minutes a day on electronic devices like phones and tablets. Time spent on computers has increased by 40 minutes a day, as Facebook, Instagram and other social media have taken over children’s lives.

The study notes that in 2000 smartphones were ‘relatively novel’ and the iPad had just been released. Now, with almost 70 per cent of 12 to 15-year-olds owning a smartphone, the time spent on mobile devices has added 76 minutes of screen time to every day. Children are also spending an extra 40 minutes each day using computers. This means youngsters spend around a third of their waking lives glued to technology. 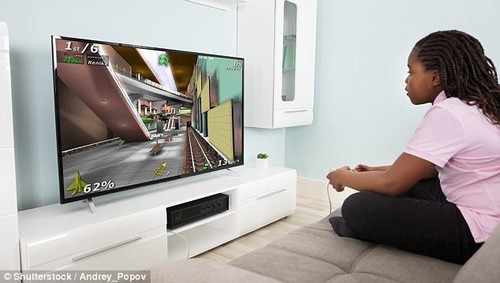 Ofcom says four out of five schoolchildren aged five to 15 had a tablet in 2015, compared to just five per cent in 2010

Chris McGovern, chairman of the Campaign for Real Education, said: ‘There is a danger we are producing a generation of zombies who are addicted to their smartphones, even taking them to bed with them.’

And Dr Angharad Rudkin, from the University of Southampton, who produced a report detailing the risks of technology to children earlier this year, said: ‘This study should act as a message of caution to parents that screen time is going up and if we don’t intervene, it will continue to go up.’

The Oxford University study shows boys spend an average of 50 minutes a day playing computer games, compared to nine minutes for girls. However, girls are more likely than boys to use screens while doing other activities, which include studying, chores, socialising and games. While some schools have banned smartphones, children most often use their electronic devices during the school day, according to the study published in the journal Child Indicators Research.

Ofcom says four out of five schoolchildren aged five to 15 had a tablet in 2015, compared to just five per cent in 2010. Smartphone ownership has almost doubled for eight to 11-year-olds, with almost a quarter of this age group having their own phone in 2015. Children provided information about their use of ‘devices’, including smartphones, tablets and computers, in the UK Time Use Survey of 2014-15, but not in the previous survey of 2000-01 when the technology was rarely used. 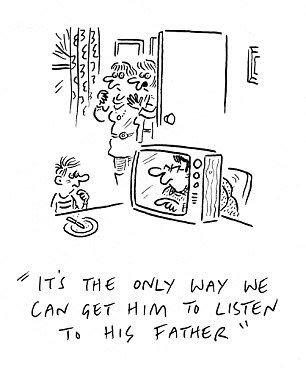 Dr Rudkin’s report warned that very young children were having ‘tech tantrums’ when denied access to devices. They react more than adults to chimes, updates and ‘likes’ on social media.

Last month a US study found that teenagers who spend five hours a day on smartphones and electronic devices raise their risk of depression by 71 per cent.

Children are more vulnerable than adults to losing sleep from taking devices to bed. The latest study states: ‘Children in 2015 are spending a substantial amount of time using digital devices when engaging in a range of other activities, indicating that children’s use of devices such as smartphones and tablets are blurring distinctions between screen-based and other activities.’

However, study author Dr Killian Mullan, senior research associate at Oxford University’s Centre for Time Use Research, said that technology was ‘being used with and, in some cases, perhaps to support other activities, like homework for instance, and not pushing them out.’

Young women are turning their backs on the Pill