The U.S. government has lifted a 2014 temporary ban on funding research involving the flu and other pathogens in which scientists deliberately make them more transmissible or more deadly.

The ban covered federal funding for any new so-called ‘gain-of-function’ experiments that enhance pathogens such as Avian influenza, SARS and the Middle East Respiratory Syndrome or MERS viruses.

It followed a series of safety breaches at federal laboratories involving the handling of anthrax and avian flu that raised questions about lab safety at high-security national laboratories.

The H1N1 strain of the swine flu virus up close: A 2014 ban on funding research involving the flu and other pathogens in which scientists deliberately make them more transmissible or more deadly has been lifted

The concern with ‘gain-of-function’ research is that while the work may produce useful insights about how a pathogen might naturally evolve and become more deadly, laboratory-enhanced pathogens could be used for biowarfare or bioterrorism if they fell into the wrong hands.

The U.S. National Institutes of Health (NIH) said in a statement on Tuesday that such work is important to help scientists understand and develop effective countermeasures ‘against rapidly evolving pathogens that pose a threat to public health.’ 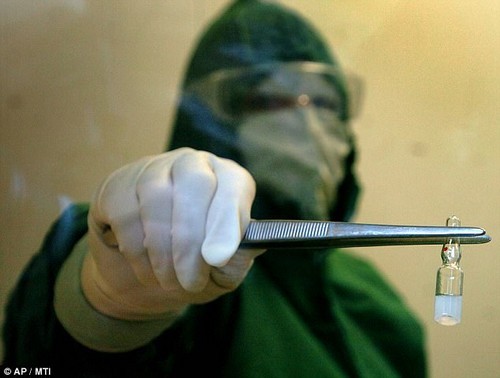 NIH director Dr. Francis Collins said in a statement the funding ban was lifted after the Department of Health and Human Services issued a framework to guide decisions over work involving enhanced pathogens with the potential to cause a pandemic.

That framework lays out an extensive review process for federally funded research on enhanced pathogens – considering both the benefits of the research and the potential safety risks.

Dr. Sam Stanley, president of Stony Brook University and chairman of the National Science Advisory Board for Biosecurity, which provided guidance on the new policy, noted the world’s deadliest pathogens are evolving naturally.

He said research is needed to understand and prevent devastating pandemics, such as the 1918-1919 Spanish flu pandemic that killed some 50 million people.

‘I believe nature is the ultimate bioterrorist and we need to do all we can to stay one step ahead,’ Stanley said in an email, adding ‘basic research on these agents by laboratories that have shown they can do this work safely is key to global security.’

THE 1918 FLU OUTBREAK – THE WORLD THE WORLD HAS EVER SEEN

The deadly flu virus attacked more than one-third of the world’s population, and within months had killed more than 50 million people – three times as many as the World War I – and did it more quickly than any other illness in recorded history. 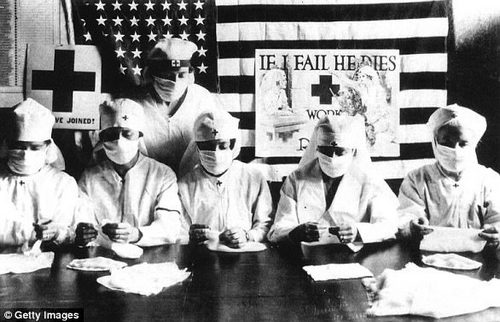 To maintain morale, wartime censors minimized early reports of illness and mortality in Germany, Britain, France, and the United States.

However, newspapers were free to report the epidemic’s effects in Spain, creating a false impression of Spain as being especially hard hit – and leading to the pandemic’s nickname Spanish flu.

The close quarters and massive troop movements of World War I hastened the pandemic and probably both increased transmission and augmented mutation, researchers believe.

The global mortality rate from the 1918/1919 pandemic is not known, but an estimated 10% to 20% of those who were infected died, with estimates of the total number of deaths ranging from 50-100 million people.