WASHINGTON – President Trump will instruct the Department of Health and Human Services to declare the opioid crisis a public health emergency, the administration said Thursday.

It is a major step in combating the drug epidemic and a major follow-through on a longstanding presidential promise. But White House officials were quick to caution that the administration’s response won’t end with the declaration, with a number of new rules and actions expected to be issued in the coming weeks.

As of Thursday: What does the emergency declaration entail?

Telemedicine: The administration said a regulatory change would allow for the prescription of “medicine commonly used for substance abuse or mental health treatment” via telemedicine. Addiction experts have said that would be a major step toward allowing individuals in rural areas with substance use disorder to access care.

Personnel: The declaration allows HHS, and states with governors who request it, to “make temporary appointments of specialists with the tools and talent needed to respond effectively” to the crisis.

Labor grants: In a move it said is “subject to available funding,” the White House will instruct the Department of Labor to issue “dislocated worker grants” to those displaced from the workforce due to the opioid crisis.

HIV/AIDS resource shifts: The administration said it would shift resources within existing programs aimed at delivering HIV/AIDS care to better serve those with both HIV/AIDS and substance use disorder.

Money: The emergency declaration relies on a public health emergency fund that, according to HHS, currently is worth only $57,000. Senior administration officials said they expected the opioid crisis to figure heavily into ongoing budget negotiations and a spending bill Congress must pass by December, but declined to specify a dollar figure.

IMD exclusion: The emergency declaration does not change a law that treatment advocates have criticized as creating a bottleneck for delivering some addiction care – a ban on Medicaid reimbursements for treatment facilities with more than 16 beds. The administration could change the rule in the future, or Congress could take up already-introduced legislation that would eliminate the restriction.

Increased access to overdose reversal drugs: White House officials did not discuss efforts to make overdose reversal drugs like naloxone more widely available on Thursday morning. Advocates had hoped for funding, a form of drug price negotiation, or access to the Centers for Disease Control and Prevention’s Strategic National Stockpile to allow local governments and health providers to distribute more of the drugs.

Changes to privacy and patient information laws: The action on Thursday will not address privacy laws that some experts say prevent doctors from prescribing opioids with the best available information, either via regulatory changes or the endorsement of a bill currently before Congress. 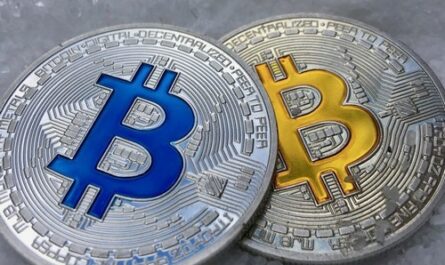 How much have YOU cost the NHS?