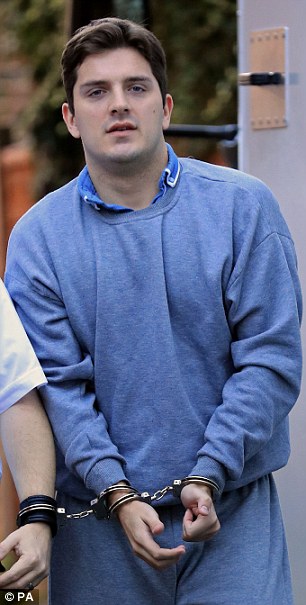 Daryll Rowe arrives at Lewes Crown Court, where he is charged with infecting four men with HIV and attempting to infect a further six

A hairdresser accused of infecting a string of lovers with HIV ‘pressured’ one victim into having sex with him, a court was told.

Daryll Rowe, 26, is accused of demanding unprotected sex with his partners, claiming to be free of the virus, or of tampering with the condom when they insisted he used one.

He later sent them mocking and abusive text messages telling them he was HIV positive and that they could be at risk, Lewes Crown Court heard.

One alleged victim claims Rowe became angry when he tried to go home and avoid having sex.

Rowe, who is originally from Edinburgh, is charged with infecting four men with the virus and of attempting to infect a further six between October 2015 and December 2016.

He was living and working in the Brighton area at the time of the first eight alleged offences, before fleeing to the North East while he was under investigation, where he allegedly tried to infect two more men.

Rowe met the complainant on gay dating app Grindr in October 2015, telling him he had only just moved to the Brighton area and did not know anyone.

Describing their first sexual encounter in a car, the alleged victim said he was frightened of Rowe but believed him when he said he was free of the virus.

In his taped police interview, the man said: ‘He asked for sex and I gave him oral sex. He asked for more and I said no and he started to get angry.

‘He wasn’t threatening to punch me, he wasn’t huffing and puffing, but he was saying: “You need to if we’re going to be together, I need someone who’s spontaneous.”

‘I was saying: “I don’t really want to do it. It’s horrible to do it in a car in the middle of nowhere.”

‘I was getting angry. It was horrible really – I just felt like I had to do it.’ 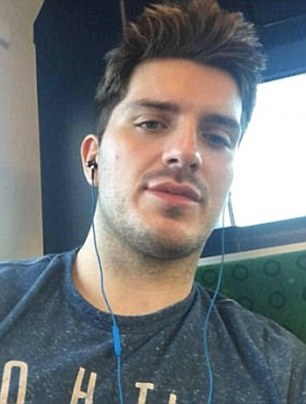 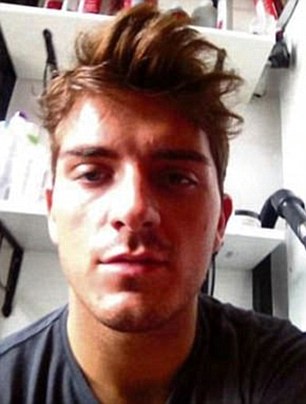 Rowe, who is originally from Edinburgh, is charged with infecting four men with the virus and of attempting to infect a further six between October 2015 and December 2016

Rowe refused to get out of the car when the complainant drove him home, and instead tried to bully him into having sex behind some bins, the court heard.

‘It felt like an hour with him just going on and on. I felt very vulnerable. I didn’t know anyone around (that area),’ he said.

He said he believed Rowe was about to attack him: ‘I was thinking this is all going to happen and I’m going to have to go to work tomorrow and explain a black eye.

‘He was telling me: “This would all be over if you had just done it when I said and we had just carried on.”’

The complainant said he managed to get out of the situation by promising to meet Rowe a few days later.

‘Then he did get out of the car and I cried all the way home,’ he said.

He said he was not initially concerned about the risk of HIV as Rowe had promised he was clear, ‘seemed’ healthy, and they had intercourse for only a few minutes.

The complainant had a negative HIV test just days before having sex with Rowe, and had no other partners in between.

The court heard the victim later sent a series of text messages to Rowe telling him he did not want to start a relationship, writing: ‘I’d like to maybe be friends. I don’t think I am ready for a relationship at the moment.’

When he refused to meet Rowe again, he received a series of abusive text messages, including one saying: ‘You’ve got an ugly weird face.’

Rowe allegedly later replied telling the victim he had ejaculated inside him during sex and was HIV positive.

The jury was told that several weeks after the pair had sex the alleged victim began to feel unwell.

He said: ‘First of all I had really swollen glands in my neck like golf balls. Shivery. Hot and cold at night. Couldn’t eat. Couldn’t walk. I was just really ill. 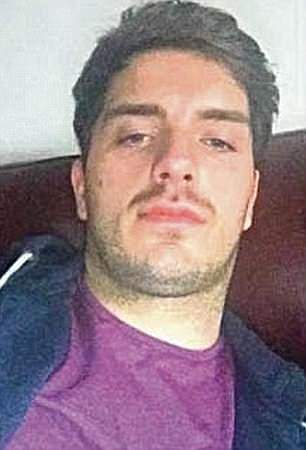 Rowe was living and working in the Brighton area at the time of the first eight alleged offences, before fleeing to the North East

‘I thought maybe I caught glandular fever from him.’

When a test for glandular fever came back negative he went for a HIV test and was at work when a nurse phoned him and told him he was HIV positive.

He told the court: ‘I couldn’t believe it really. He’s obviously f***ed up in the head.’

The alleged victim was diagnosed as positive in January 2016.

Rowe had been diagnosed with HIV while he was still living in Edinburgh in April 2015 after a sexual health clinic contacted him to tell him a former partner was infected.

Doctors found he was ‘coping well’ with his diagnosis but were concerned when he refused vaccination for common illnesses HIV positive patients are susceptible to, such as pneumonia.

They were also worried when he refused antiretroviral drugs to slow the development of the virus and make him less contagious, jurors heard.

The court heard that the four men Rowe is accused of infecting with HIV all had very similar strains to the one Rowe was infected with, making it highly likely that he was the source of the virus.