BAE Systems’ decision to cut 2,000 jobs is not down to political issues or UK defence spending, the Industry Minister claimed today.

And she said steps would be taken to retain highly skilled staff in the UK as she updated MPs on what would happen following BAE’s statement today.

The defence giant said the cuts would give the firm a ‘sharper competitive edge’ but the decision comes amid slumping orders for Typhoon jets.

Sales of the state-of-the-art war planes have been slow for years as Middle East countries which once bought Tornado from Britain choose cheaper French planes instead.

BAE confirmed today the biggest cutback will be in its military air business, with 1,400 jobs set to be axed across five sites over the next three years, including Warton and Samlesbury in Lancashire, where the Typhoon aircraft are built.

No 10 today insisted Britain will look to support BAE after the announcement. 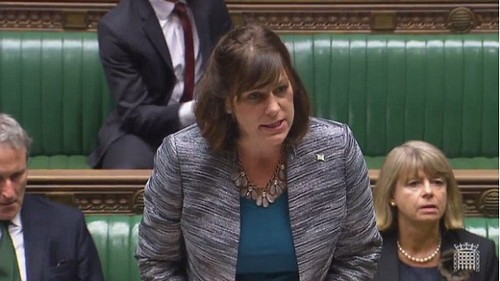 Defence contractor BAE Systems is to axe 2,000 British jobs amid a slowdown in orders for Typoon fighter jets, it emerged today (pictured is a Typhoon at BAE’s Warton plant)

‘Colleagues across the MOD, my department and others are reviewing what support we can offer to the company.

‘The DWP is standing by to provide whatever support is required.’

Ms Perry continued: ‘BAE has taken this decision as a result of normal business practice.

‘This is not related to any ULK defence spending decisions.’

She added: ‘We have a talent retention system to ensure vital skills are not lost to the UK.’

She said in the last year the Government has spent £4billion with BAE and outlined future orders of frigates and other equipment.

WHERE WILL THE AXE FALL?

The biggest cutback will be in the military air business, with 1,400 jobs set to be axed across five sites over the next three years, including Warton and Samlesbury in Lancashire, where the Eurofighter Typhoon aircraft assembly takes place.

Around 400 redundancies are being planned at Brough, where Hawk jets are built.

Around 375 job losses are planned for the maritime servicing and support business, with 340 in Portsmouth.

The total number of proposed redundancies is 1,915.

The Minister told MPs that ministers would continue to ‘lead the charge for Britain’s world leading defence industry’ around the world.

The back drop to today’s decision is sluggish orders for the Typhoon. Qatar are expected to order new jets but the programme has been slower than expected.

Other Middle East allies, including the United Arab Emirates, have decided in recent years to buy cheaper French jets instead of the UK-built Typhoon.

The huge blow to the UK defence industry was confirmed today less than 24 hours after rumours spread about imminent cuts. BAE warned in the summer it was watching its order book for the fast jets closely raising fears of job losses.

But the scale of the job losses confirmed this morning is greater than expected and will be a heavy blow to the wider defence industry.

Brexit critics warned yesterday the wider climate of uncertainty was undermining the economy even if Britain’s vote to leave the EU was not the specific trigger for the BAE decision. 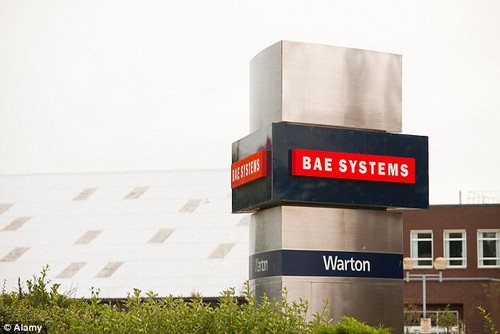 The firm is set to slash jobs at its Warton plant in Preston, Lancashire (pictured) as well as other sites around the country

Jobs will also be cut at Brough in East Yorkshire and at RAF bases in Marham, Norfolk, and Leeming in North Yorkshire.

Some jobs will also go from the company’s cyber intelligence business in London and Guildford.

Chief executive Charles Woodburn said: ‘The organisational changes we are announcing today accelerate our evolution to a more streamlined, de-layered organisation, w
ith a sharper competitive edge and a renewed focus on technology.

‘These actions will further strengthen our company as we deliver our strategy in a changing environment.’

He said the company’s diverse portfolio provides a strong platform for future growth.

Mr Woodburn added: ‘We are announcing actions at some of our UK sites to align our workforce capacity more closely with near-term demand and enhance our competitive position to secure new business.

‘Those actions are necessary and the right thing to do for our company, but unfortunately include proposed redundancies at a number of operations.

‘I recognise this will be difficult news for some of our employees and we are committed to do everything we can to support those affected.’

Theresa May’s official spokesman said: ‘It is clearly a very concerning time for their workers and government will make sure that we provide support to those who are affected

‘The MoD (Ministry of Defence) has a good and long-standing relationship with BAE. Last year the MoD spent £3.7 billion and the government continually bang the drum for our defence industry.

‘It’s world leading and we provide support for companies like BAE to secure contracts for UK-made equipment.’ 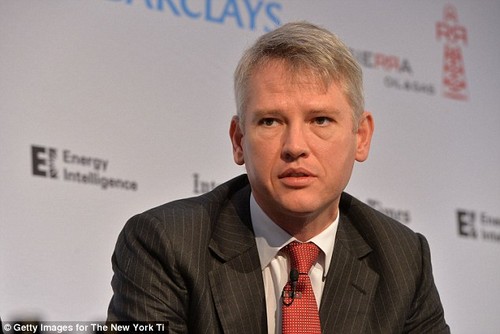 BAE is facing an order gap for the Typhoon so production is being slowed ahead of an expected order from Qatar.

Production of the Hawk jet aircraft is ending in the next few years, affecting the Brough site, although Qatar could place a new order which would keep production going until 2020.

Around 400 redundancies are being planned at Brough.

Most of the military air job cuts will go in 2018 and 2019, with some planned for 2020 and BAE said its goal is to achieve as many voluntary redundancies as possible.

Around 375 job losses are planned for the maritime servicing and support business, with 340 in Portsmouth.

The total number of proposed redundancies is 1,915. 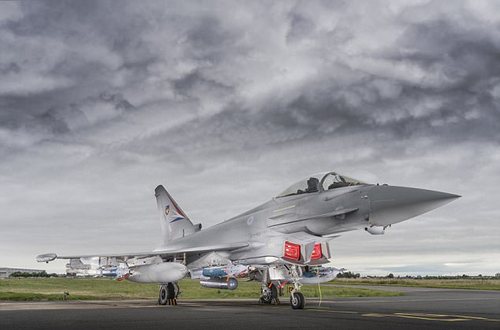 Sources told Sky News yesterday said that Brexit was ‘not a factor’ in the BAE decision.

Shadow defence secretary Nia Griffith said today: ‘This is truly appalling news for BAE’s workers and for communities across the UK.

‘The jobs that BAE are cutting are highly-skilled and their loss will be felt in areas that have a strong tradition of defence manufacturing.

‘It is time for the Government to address the clear uncertainty that is felt by the industry and come forward with an urgent plan to save these jobs.

‘This must include the possibility of bringing forward orders to provide additional work for BAE’s employees, such as replacing the Red Arrows’ fleet of Hawk aircraft that are approaching the end of their service life.’

Speaking yesterday before the details of the cuts were confirmed James McGrory, Executive Director of Open Britain, said: ‘These lay-offs at BAE are terrible news for the local workforce and for the wider British manufacturing sector.

‘The uncertainty that is being created by Brexit will make the situation worse, not better.

‘The Government’s decision to pull out of the Single Market and the Customs Union will hammer UK manufacturing by erecting new barriers to trade with our biggest economic partner.

‘The consequences will be especially serious in sectors like aerospace, which have complex cross-border supply chains.

‘It’s high time the Government acted to protect jobs by reversing their ideological decision to leave the Single Market and the Customs Union.’

Tom Brake MP, Liberal Democrat Brexit spokesman said: ‘Theresa May was handed a fake P45 but 1,000 people have been handed real P45s through no fault of their own, and that will be devastating for many families. 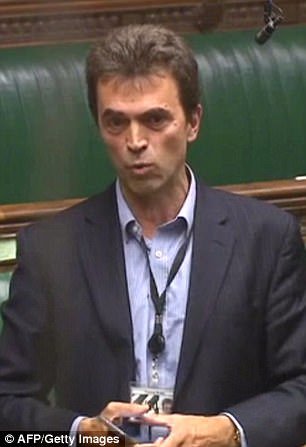 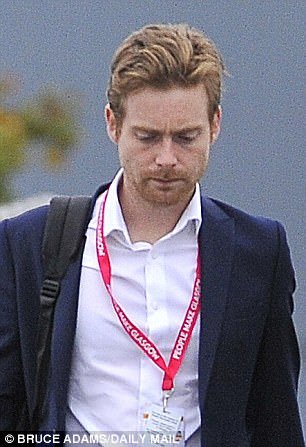 ‘The economy is not doing nearly as well as it was, and that in significant part is due to the government’s economic mismanagement, which has seen Britain go from top to the bottom of the growth league for major economies.

‘While it would be wrong to blame Brexit specifically for this decision it is clear that the government’s determination to take us out of the world’s largest single market has hit business confidence and investment, which is then having a knock on effect.’

Unite Assistant general secretary Steve Turner said: ‘The ripple effects down the supply chain and through our manufacturing communities would be immense too, hitting the workforces in other cutting-edge companies that are involved in the manufacture of one of the best fighter jets in the world, as well as depriving communities of decent well-paid jobs.

‘At a time of Brexit, these are precisely the kind of jobs that the UK Government should be protecting. Rather than shipping our defence spend overseas to factories in America and cutting defence, ministers should be investing in jobs, skills and communities by buying British.’

BAE chief Charles Woodburn warned when he took the helm of the firm in August that Typhoon orders needed careful monitoring.

He said then: ‘We obviously have to review our (Typhoon) production demand very carefully.

‘We are confident that we will win further Typhoon orders, what we can’t be confident around is the timing.