A New Jersey man went above and beyond to help his fiancee to overcome the devastation of losing one of their unborn twins in a partial miscarriage.

Matt Ostergaard, 36 of East Windsor, wanted to help Adrianna Zbik, 29 ‘get her glow back’ and become excited about the remainder of her pregnancy – so, during a romantic getaway to Myrtle Beach, South Carolina, he arranged for a Ferris wheel to be lit up with pink lights to serve as a touching tribute to their lost child, and a beautiful gender reveal for their unborn baby.

‘I wanted to illuminate the heavens… to symbolize our lost one and be excited for what’s to come,’ Matt said of his impressive tribute. 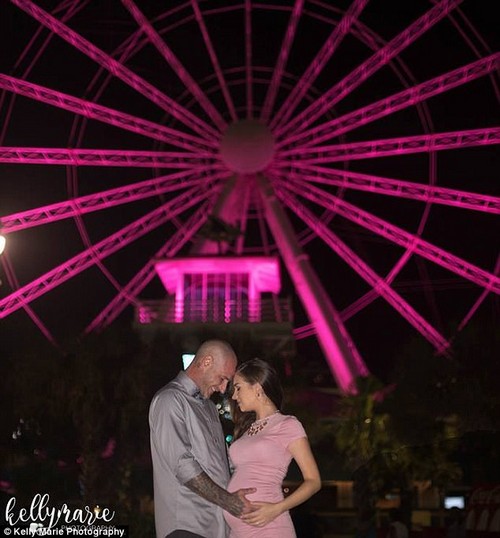 A grand gesture: Matt Ostergaard planned an incredible gender reveal with a Ferris wheel to lift his fiancee’s spirits after she suffered a partial miscarriage 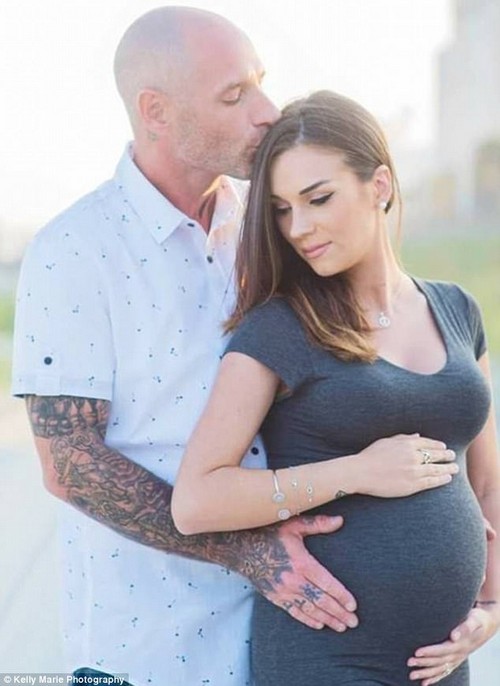 Parents to be: The couple found out last April that they were expecting twins, and Matt’s partner Adrianna Zbik was devastated by the news

Matt and Adrianna found out they were having twins last April and were ‘really excited and terrified at the same time.’

‘We were prepping for twins, we were looking for a bigger vehicle, a bigger house, a bigger everything. We were really excited about the possibility of having twins because it’s such a unique experience,’ Matt told People.

At 12 weeks, the couple heard the twins’ heartbeats but for weeks later, they discovered that Adrianna had lost one of the babies due to vanishing twin syndrome.

Vanishing twin syndrome occurs when the mother suffers a miscarriage of one child but not the other.

‘It is estimated to occur in 36 per cent of twin pregnancies, 53 per cent for triplets, and 65 percent of quadruplet pregnancies,’ Dr. Christopher Zahn with The American College of Obstetricians and Gynecologists told Today.

It was difficult for Adrianna to handle the loss; Matt explained that soon after her miscarriage, she became depressed and ‘was no longer embracing her pregnancy anymore’ – something he hoped to change. 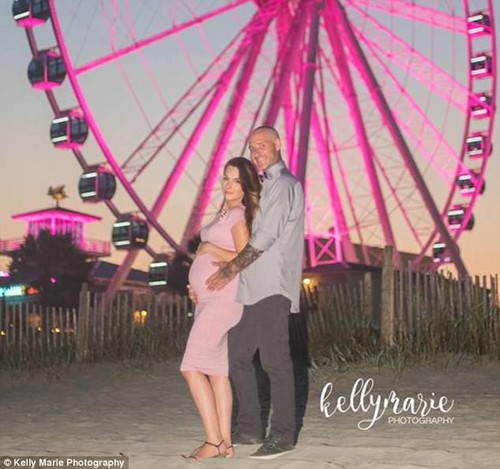 Tragedy struck: At 16 weeks, The couple discovered that Adrianna had lost one of the twins

In an attempt to get her excited again, Matt arranged an extravagant gender reveal that would ‘light up the sky’ hopefully lift Adrianna’s spirits.

Matt reached out to the Empire State Building to see if officials would be willing to change the color of their lights for their gender reveal, but was told they wouldn’t change the color for private customers.

‘I was dreaming extremely big,’ Matt told People. ‘But I wasn’t going to quit. I was going to light up the sky for her.’

So going off their pre-baby already planned beach trip, Matt reached out to the people at SkyWheel, a 187-foot tall Ferris wheel about doing a pink display on September 20 and getting a photographer to snap photos of them in front of the giant amusement park attraction.

Matt told Adrianna once the plan was confirmed but she was skeptical and Matt didn’t even think she believed him until she saw it for herself. 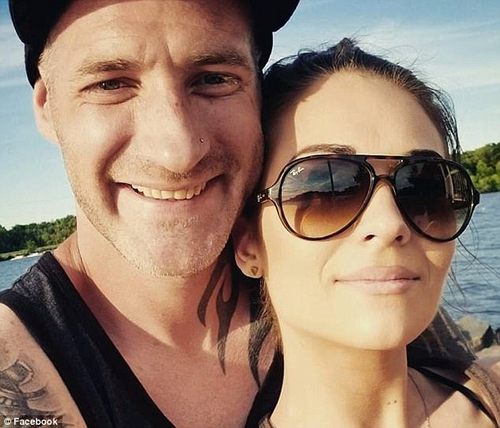 A plan to lift her spirits: After Adrianna found out about the miscarriage, she became depressed so Matt devised a plan that would ‘light up the sky’ 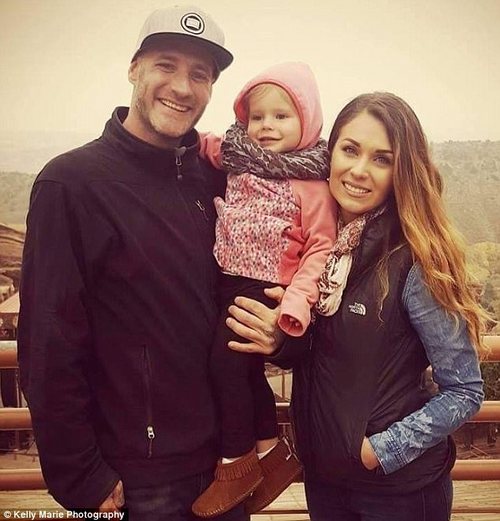 But once she did, Adrianna immediately became happy again.

Matt said she’s excited and is now buying baby clothes and keeping her spirits up.

‘There was a lot of symbolism there,’ Matt told Today.

‘To illuminate the heavens, to be able to look up and see a grand gesture, to symbolize our lost one and be excit
ed for what’s to come.’

The couple’s baby girl, Mila, is due on Christmas Eve and they have spoken to the photographer who took their pictures in front of the Ferris wheel about taking photos of their wedding and baby girl when she arrives.

But for now their Ferris wheel photos have served as a ‘light’ to couples who have gone through the same thing and people going through a tragedy.

‘We just want anyone going through something to smile,’ Matt told People. ‘There’s so much negativity everywhere, we want people to know that they can smile after a tragedy.’

Dubai as a tech pioneer, from flying taxis to robocops