A knifeman broke an elderly woman’s leg and threatened tourists with two blades as he went on the rampage in Nice this afternoon.

The man, believed to be in his 30s, had to be overpowered by several police officers in the southwestern coastal city at around 4pm (3pm BST). Authorities have not declared the incident a terror attack.

French media reports that the perpetrator assaulted the woman on a street near the city’s harbour before being apprehended on the Promenade des Anglais by the waterfront. 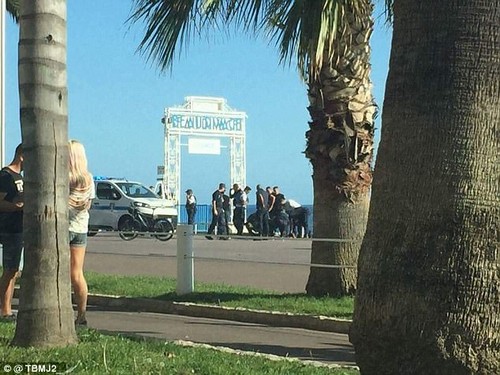 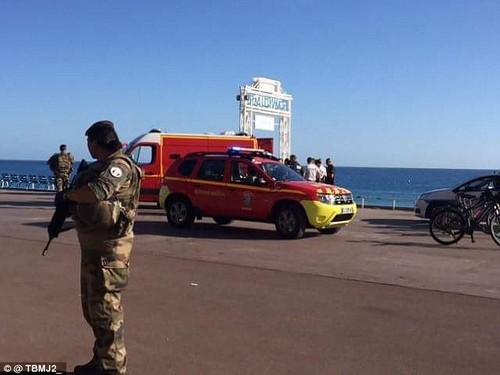 A spokesman for the Alpes-Maritimes Departmental Public Security Department said: ‘The man was barefoot and torso, he had a knife under his throat, traces of blood on him and he vociferated.’

It is believed the man stole the blades from a market stall in the city.

Officers fired tear gas to subdue the bare-chested knifeman, who was reportedly violently opposing his arrest and threatening to cut his own throat.

He added: ‘He has not uttered any threats that would suggest that he acted under the influence of radicalization.’

The elderly woman has been taken to hospital where she is being treated for her injuries, Nice-Matin reported.

Nice is France’s second most popular tourist destination after Paris and receives around 5million tourists a year. 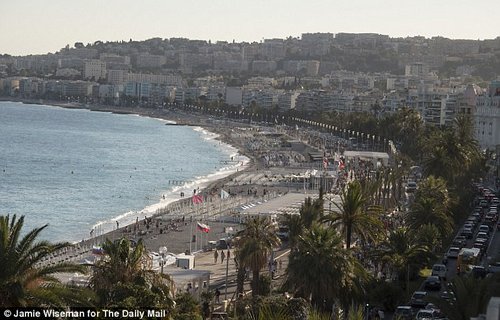