Scandal-hit vaginal mesh implants will be debated in parliament next week amid mounting pressure to ban the controversial procedure.

MPs will next week discuss the safety of the operation, which has destroyed the lives of thousands of women, and left many suicidal and unable to have sex.

The scandal, compared to thalidomide, came to light earlier this year, but its true extent is yet to be uncovered. Some 800 British women have since sued.

After previously denying their implants were causing women’s discomfort, mesh manufacturer Johnson & Johnson paid out $57 million to a sufferer last month after a jury found the company to be negligent and its product defective.

Ministers are concerned the procedure, used to treat pelvic organ prolapse and incontinence after childbirth, was introduced with ‘little evidence’ to support it.

Campaigners have welcomed the announcement, refusing for their vocal concerns to be swept under the carpet and have to ‘suffer in silence’.

But experts, backed by MailOnline, are still demanding a public inquiry into the use of the procedure, which 10,000 women undergo each year, according to figures.

Tireless fights by campaigners have helped gather momentum for a public inquiry into the implants. Senior doctors have said the scandal, which has seen at least 800 women sue the NHS and manufactures in the UK, is akin to thalidomide 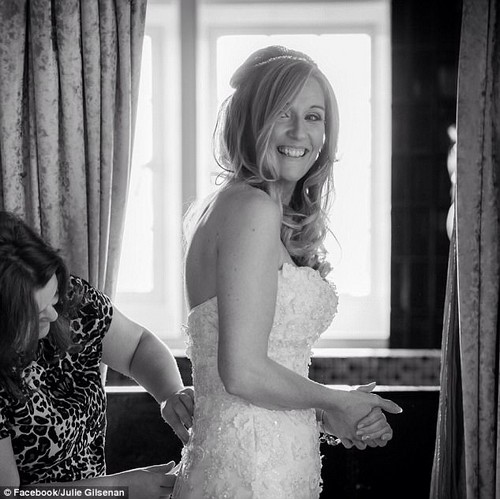 Julie Gilsennan was told she would need up to six weeks off work after having the mesh fitted, however, she has been unable to return to work as a paramedic and instead works from home processing complaints to the ambulance service

Kath Sansom, founder of Sling The Mesh, a campaign group which has doubled in size in recent months as more women join, was emotional.

She tweeted: ‘Not enough words to thank you for securing a debate on behalf of so many women whose lives have been devastated by #mesh.’

Julie Gilsenan, 49, from Liverpool, also tweeted: ‘Emotional is not the word! Let our voices be heard…we will NOT suffer in silence #banmesh’

Mrs Gilsenan’s heartbreaking story has previously been revealed by MailOnline, as she went from running 5km before her surgery to now wetting herself.

Who secured the debate?

Emma Hardy, Labour MP for Hull West and Hessle, secured the debate on October 18 after hearing the heartbreaking stories of women affected in her constituency.

Health officials have repeatedly been accused of attempting to cover up the vaginal mesh scandal, as the NHS and MHRA state only 1 to 3 per cent of women will suffer complications.

Kath Sansom, founder of Sling The Mesh, a campaign group which has doubled in size in recent months as more women join, was emotional

Julie Gilsenan, 49, from Liverpool, also tweeted: ‘Emotional is not the word! Let our voices be heard…we will NOT suffer in silence #banmesh’

Scores of women, including Susan Forbes, were delighted as they are ‘finally being heard’

Claire Cooper tweeted, ‘simply cannot thank you enough Emma’, in praise of the MP who secured the debate

GROWING CALLS FOR A PUBLIC INQUIRY

Carl Heneghan, a professor of evidence-based medicine at the University of Oxford, has previously called for a public inquiry.

During health questions in the Commons today, Ms Hodgson said: ‘It is, though, deeply worrying that this procedure was introduced with so little evidence to support it, which has led to – we all, I think, have to agree – unacceptable complication rates for certain products.

‘Will the Minister heed the words of Professor Heneghan and hold a public inquiry into the numbers of women adversely affected and why the safety of so many women was disregarded.’

Health Minister Jackie Doyle-Price told MPs she knew many women suffer substantial side effects and complications after the procedure, but it was ‘equally the case that many women also experience considerable relief from symptoms’.

She said Nice strongly recommends that the implants are not offered routinely for the first surgical intervention in prolapse, and that the current guidance was being updated and would be published early next year.

Responding to Ms Hodgson, Ms Doyle-Price said: ‘I would say again that many women have received relief from their symptoms with this procedure but I think that it is important that we have more evidence before we can properly review this.

‘And I think it’s very important that the work that Nice are doing should be allowed to be undertaken so that we can actually make a very clear view of this.’ 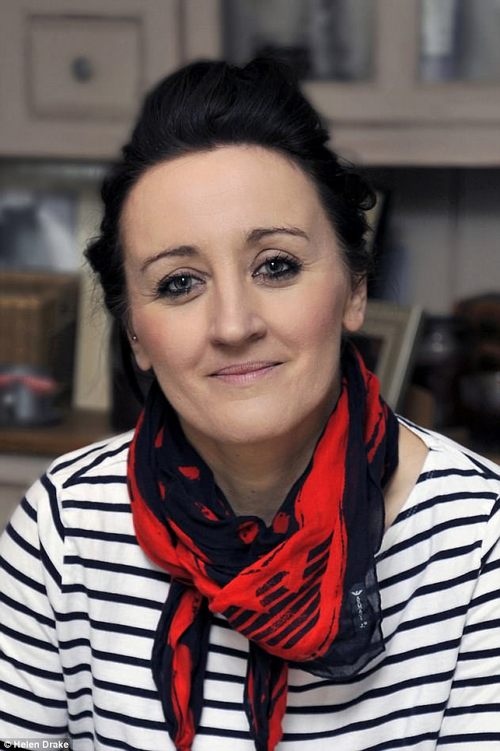 Kath Sansom, founder of Sling The Mesh, tweeted: ‘Not enough words to thank you for securing a debate on behalf of so many women whose lives have been devastated by #mesh’

THE DIFFERENT TYPES OF MESH

Different types of mesh implants include:

Just last month the Government released its three-year investigation and rejected calls for a widespread ban on the implants, which can shrink, twist and curl at the edges and cause nerve damage.

Vaginal mesh has been considered a high-risk device for nearly a decade in the US, with bodies accepting up to 40 per cent of women may experience injury.

Some studies, published in an array of scientific journals, have shown that pain, erosion and perforation from the surgery can strike up to 75 per cent of women.

The alarming evidence prompted officials in three US states to suspend the practice and saw them call for an urgent review into its safety.

Its usage has also been suspended in Scotland since 2014 pending a similar safety review, but hundreds of women are still believed to be having the surgery.

The mesh, introduced 20 years ago, was promoted as a quick, cheap alternative to complex surgery for incontinence. It was dubbed the ‘gold-standard’ treatment.

Because it did not require specialist training to implant, outraged women have since begged for tougher regulations to conduct such surgery.

More than 10,000 women a year have the procedure. But only 7,800 have suffered lacerations and nerve damage from the mesh breaking into tiny fragments.

After previously denying their implants were causing women’s discomfort, mesh manufacturer Johnson & Johnson paid out $57 million to a sufferer last month after a jury in Philadelphia found the company to be negligent and its product defective.

Ella Ebaugh, 51, was fitted with a mesh for urinary incontinence that eroded into her vagina and required three surgeries to reverse the damage.

More lawsuits remain as thousands say they too are experiencing problems with the gold-standard device.

Five years ago, Johnson & Johnson stopped selling four of its mesh inserts after people said they were faulty.

HOW MANY WOMEN SUFFER?

According to the NHS and MHRA, the risk of vaginal mesh pain after an implant is between one and three per cent.

Yet, a study by Case Western Reserve University found that up to 42 per cent of patients experience complications.

Of which, 77 per cent report severe pain a
nd 30 per cent claim to have a lost or reduced sex life.

Urinary infections have been reported in around 22 per cent of cases, while bladder perforation occurs in up to 31 per cent of incidences.

Critics of the implants say trials confirming their supposed safety have been small or conducted in animals, who are unable to describe pain or a loss of sex life.

According to Kath Samson, head of the Sling The Mesh campaign, surgeons often refuse to accept vaginal mesh implants are causing recipient’s pain, and are not obligated to report such complications anyway.

She said: ‘Less than 40 per cent of surgeons report vaginal mesh implant side effects.

‘In that period around 7,800 women have gone into hospital with a mesh complication, but the number reported to the MHRA is just over 1,000.

‘Many more women would have experienced pain but never gone to hospital.’