A real-life Rapunzel who has been growing her hair for years has revealed how it is now so long, she can wear it as a dress.

Malgorzata Kulczyk’s luscious blonde locks – which she has never dyed – now skim her ankles and she can even wrap them around her body, like a gown.

And while the 32-year-old, who lives in east London and plans to study IT, used to keep her hair in top condition with regular trims, she stopped having them in September 2015.

She said: ‘None of my friends and family wanted to trim it for me because they said it was still in good condition, so I stopped having it done.

‘It was knee length then and now it reaches my ankles.

‘I can’t see myself ever cutting it. I can’t imagine myself with short hair – nobody would recognise me. 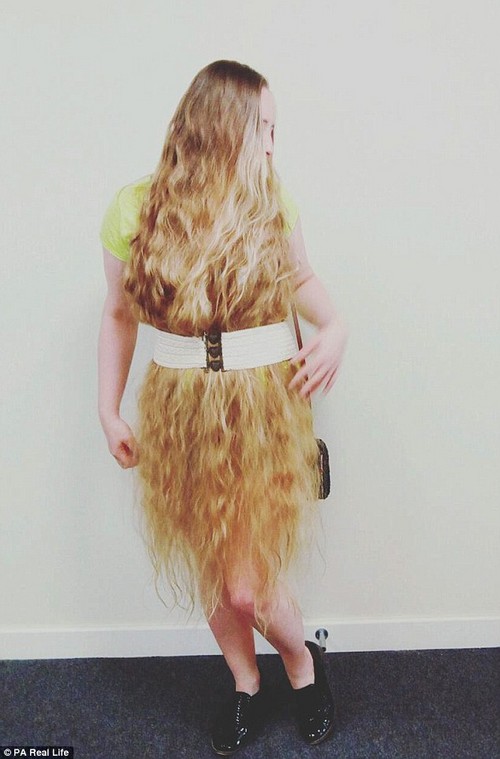 Londoner Malgorzata Kulczyk, 32, has hair so long she can wrap it around her to wear like a dress 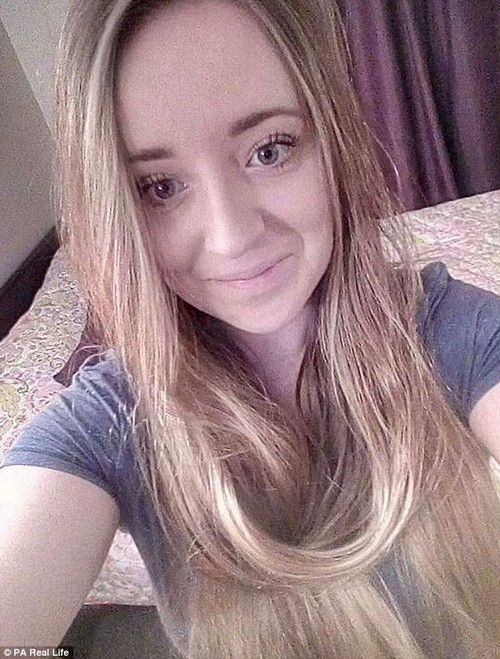 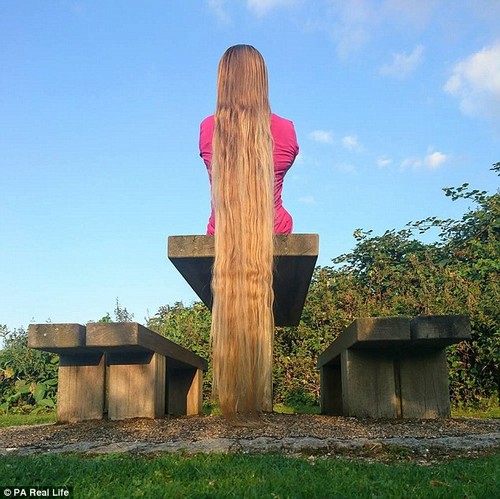 Blow drying her hair takes 20 minutes, but if Malgorzata leaves it to dry naturally it can take hours

‘My hair is what I’m known for. People are so positive about it. Wherever I go, they smile at me and compliment me.’

Malgorzata recalled having bottom-length hair when she was only seven-years-old – until the last two years, keeping it in shape by having the ends snipped off every few months.

Now she attributes its glossy sheen to the homemade hair mask she applies a few times a week.

She uses different recipes, but mainly coconut oil, which she lathers it on and lets it sit for at least half an hour, before washing it out using regular shampoo. 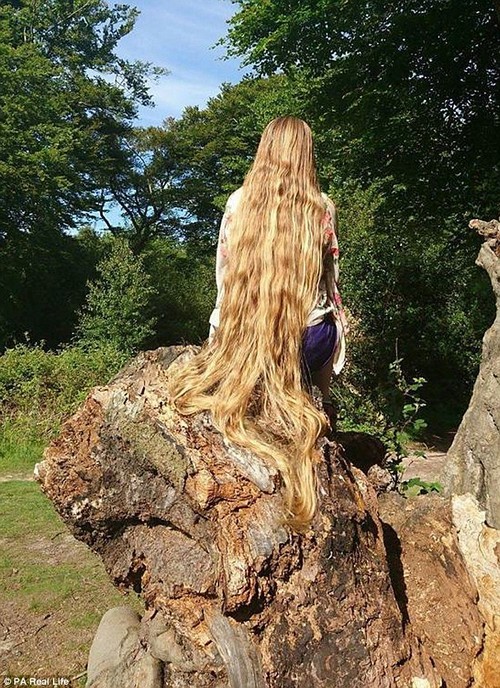 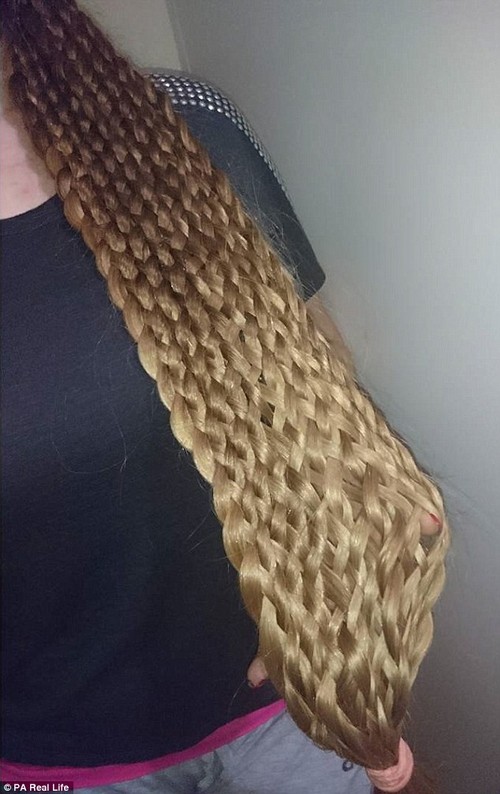 has so much hair that she can style it into a plait, with a whopping 49 strands

Blow-drying her hair on a low heat takes around 20 minutes, but if she leaves it to dry naturally, it can be wet for hours.

‘Sometimes, I’ll go to sleep with it wet, and wake up the next morning with it still not dry,’ she said.

Day-to-day, Malgorzata wears her hair in a bun or ponytail, although she also enjoys experimenting with braids and has so much hair that she can style it into a plait, with a whopping 49 strands.

Remarkably, intricate styles like this do not take her long, as she is so used to having extra-long hair. 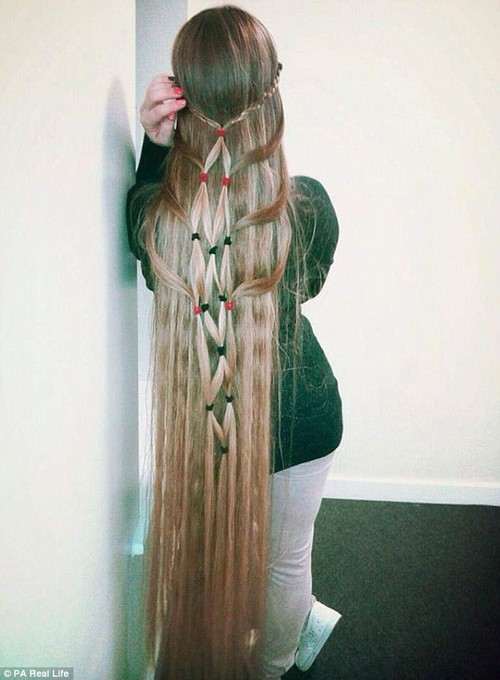 One of Malgorzata’s intricate hair styles. Usually she wears her hair plaited during the day to keep it out of the way 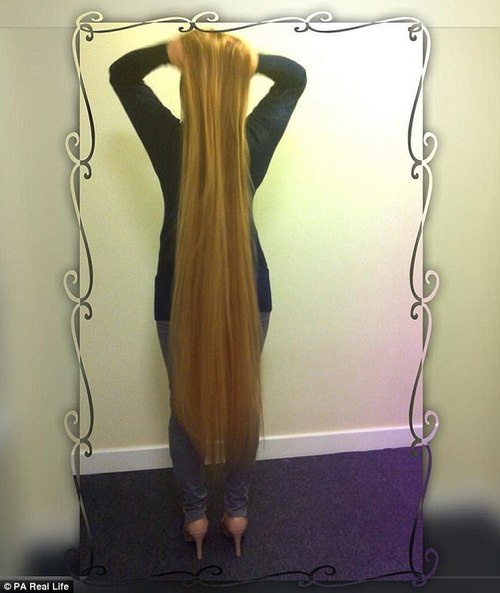 Malgorzata Kulczyk shows off her ankle-length hair from the back

‘Doing a straightforward plait will take a couple of minutes,’ she explained.

‘People are always amazed by how quick it is. My friends will say, ‘You have so much hair, I thought it’d take you way longer.’

‘I’ve never had any problems with my hair. I’m so used to it being long and I keep it in good condition.’

In June 2016, Malgorzata decided to set up an Instagram dedicated to her hair. 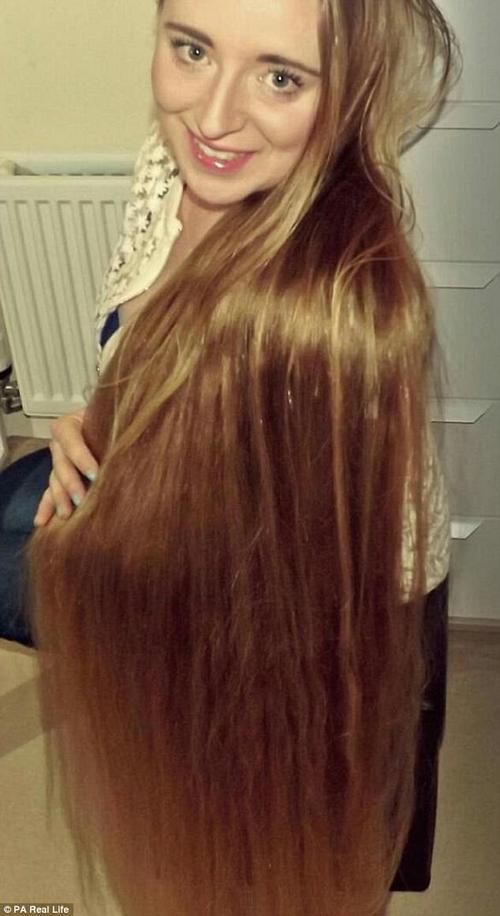 The real-life Rapunzel has now amassed 5,000 followers on Instagram 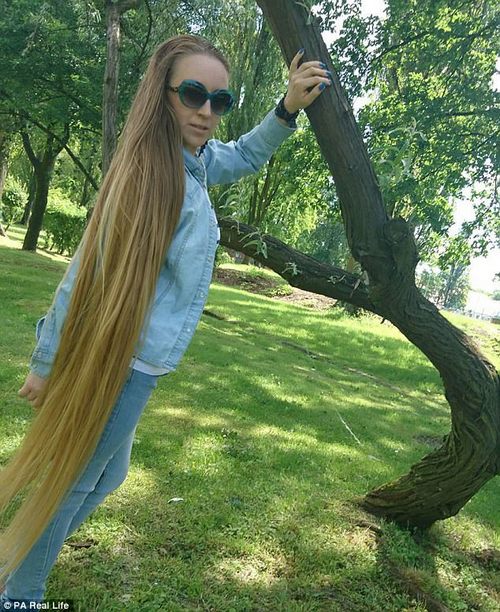 At first, she planned to use the page to swap tips with others and find videos she could follow, when styling her own tresses.

But, over the past 18 months, she’s built up more than 5,000 followers, who flock to like and comment on the pictures and videos she posts.

‘I get so many lovely messages every day, even just to check in and see how I am,’ she said.

‘Wherever I go, I’m known as the girl with the long hair.’ 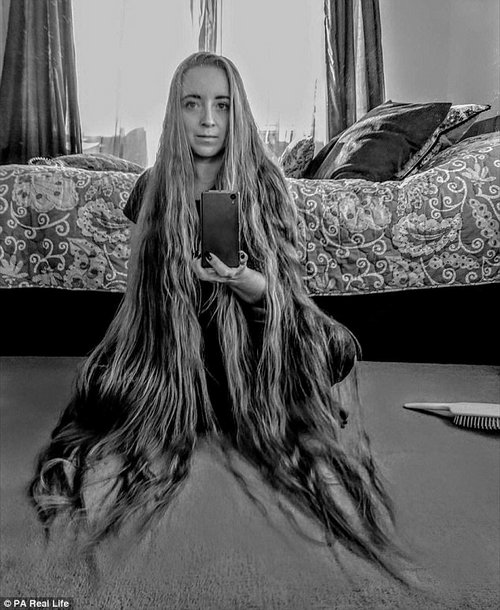 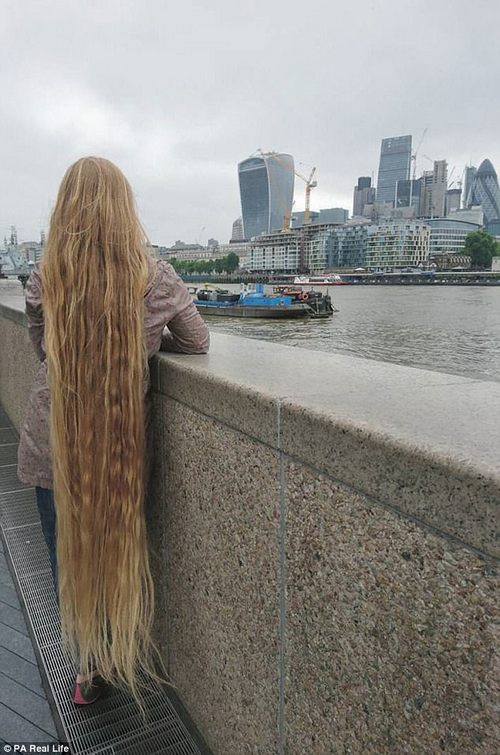 She lathers on a mask and lets it sit for at least half an hour, before washing it out using regular shampoo to keep her hair in perfect condition 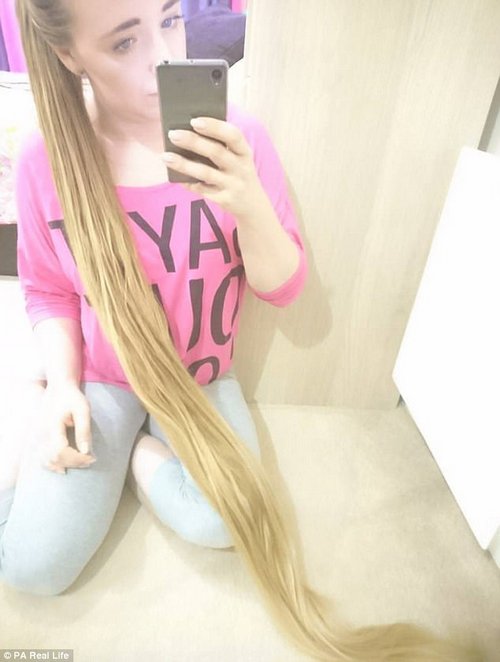