New evidence has come to light in one case surrounding Usher’s herpes scandal.

Accuser Laura Helm’s claims are being called into question after TMZ obtained phone recordings where she was captured telling a friend the star had ‘always worn a condom’ during their encounters.

The claimant can also be heard saying she had ‘no plans’ to sue the Burn singer after finding out he had herpes in the recording. 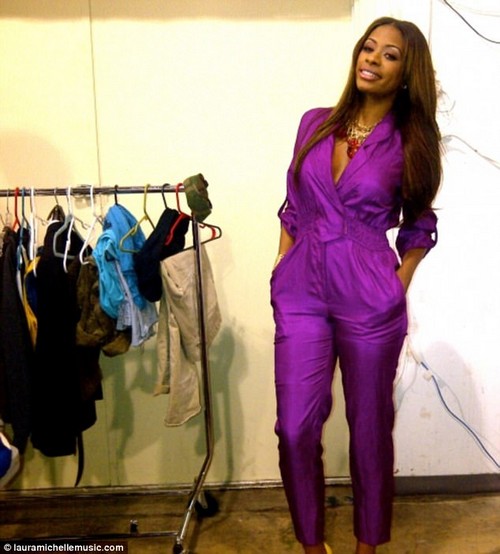 Inconsistent: Laura Helm (above)  has claimed singer Usher exposed her to herpes, but today TMZ reported about recordings where the accuser is heard telling a friend the star ‘always worn a condom’ during their encounters

The Georgia Jazz singer made her confession during a July 19 phone call with publicist Dennis Byron.

In the recording Helm is also heard telling Byron, who recorded the conversation, condoms are ‘why they make protection, for people who have STDs.’

Two days later she filed a report that said Usher – full name Usher Raymond IV – had not used a condom when they had sex in New Orleans, using the name Jane Doe in initial proceedings. 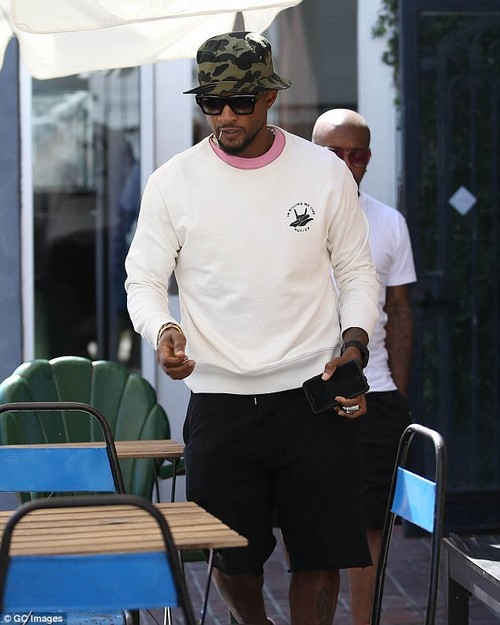 On the record: The Georgia Jazz singer was recording speaking with publicist Dennis Byron in a July 19 phone call here they spoke about her relationship with the Burn singer 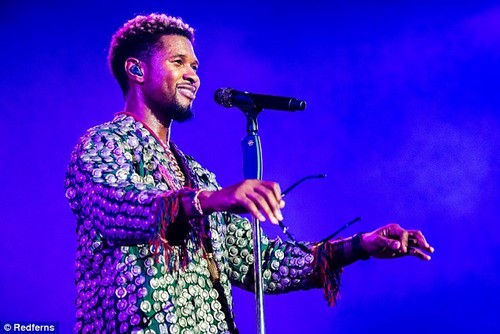 Helm’s attorney Linda West is claiming that her client lied to Byron, who was working as her publicist, in the July recordings because he ‘was trying to shop a story to the media about Usher having an affair.’

West claims Helm ‘didn’t want to be exploited and, in her attempt to deter Byron from doing so, she told him (inaccurately) that she never had unprotected sex with Usher and that she did not have herpes.’

Helm has also accused Byron of stalking her, however, a judge dismissed her claims due to lack of evidence. 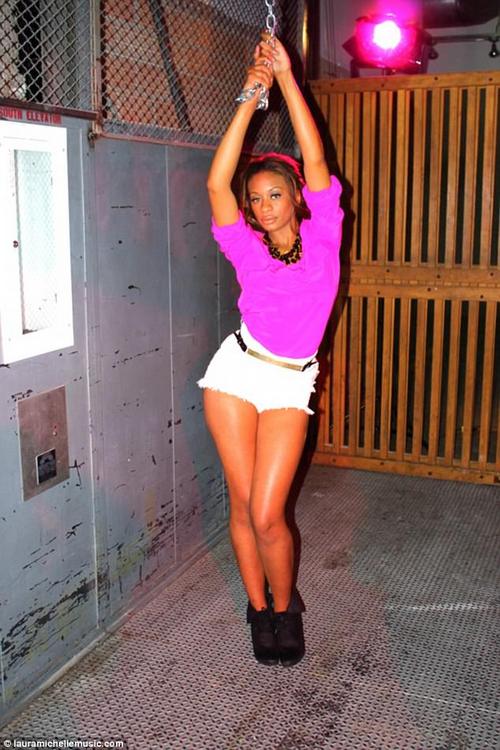 Her reasoning: Helm’s attorney Linda West is claiming that her client (a jazz singer) lied to her publicist Byron because she ‘didn’t want to be exploited’ by the situation 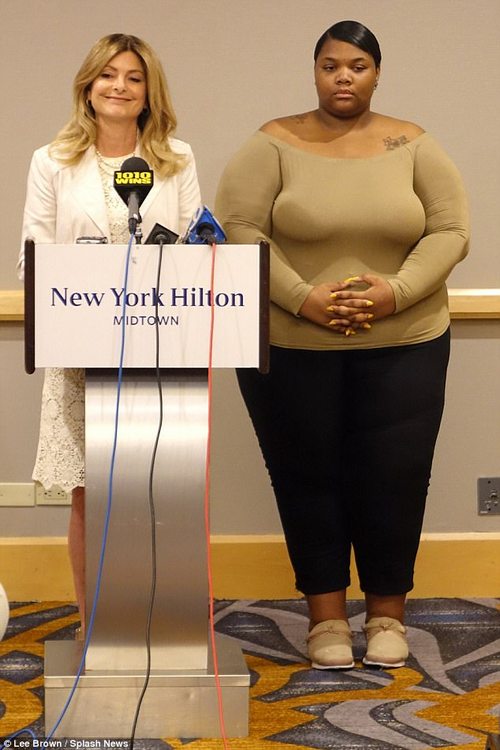 Another accuser: Along with Helms, Quantasia Sharpton is also suing the singer for $20million. She is seen with lawyer Lisa Bloom abover during an August press conference

Helms and two others are suing the star for ‘knowingly and/or recklessly transmitting an STD’ to them, which is a crime in California.

Quantasia Sharpton was the first to publicly accuse the singer after filing her suit in August and holding a press conference with celeb attorney Lisa Bloom.

Although she did not acquire the virus, Sharpton is suing for $20million claiming she ‘would never have consented’ to unprotected sex if she’d ‘known’ Usher’s status.

‘I would not have taken a risk of getting an incurable disease,’ she added.

Past coming back: In July, documents leaked online alleged that Usher has been a carrier of the virus since 2009 or 2010 and that he infected a partner with herpes in 2012

Laura Helm later identified herself as one of Usher’s accusers in mid-September , claiming the star was stalling proceedings since she’d remained anonymous.

An unidentified male, listed as ‘John Doe in court proceedings, is also suing the star.

In July, documents leaked online alleged that Usher has been a carrier of the virus since 2009 or 2010 and that he infected a partner with herpes in 2012.

The leaked documents also alleged that Usher paid the woman’s medical bills and settled what is alleged to be a civil suit for $1.1 million.

Female cyclist crushed by a lorry is fighting for life