Residents and political parties have criticised the timing of the “forced elections” as the state remains under a security lockdown and a near-complete communication blackout.

Shehla Rashid, a young Kashmiri politician, quit electoral politics earlier this month saying she did not want to “legitimise” New Delhi’s actions in Kashmir by participating in “sham electoral exercise”.

In total 26,629 village council heads will vote to elect 310 out of 316 blocks, which comprise of a group of villages, in the Muslim-majority region of seven million.

The region’s main parties such as National Conference, Peoples Democratic Party and Peoples Conference and other small parties have not put up candidates, as they are opposed to the abrogation of Article 370 that granted the region special rights.

Around 60 percent village council seats remain vacant due to the boycott by the regional parties.

Most of the 1,065 candidates in the fray have been accommodated in highly guarded hotels in the main city of Srinagar hundreds of kilometres away from the villages from where they are contesting making the opposition parties to criticise the “whole process”.

I’d like to make clear my dissociation with the electoral mainstream in Kashmir. Participation in the electoral process in a situation where even the election rhetoric is to be dictated by the centre will only amount to legitimising the actions of the Indian govt in #Kashmir pic.twitter.com/7PMi2aIZdw

On Wednesday, many of these candidates went to their villages for the first time to campaign in the closed-door meetings.

“This is really worth seeing how the democracy of India lives in hotels in Kashmir,” said 30-year-old, Dilshad Ahmad. “This is a forced election, we don’t know what they plan to do here.” 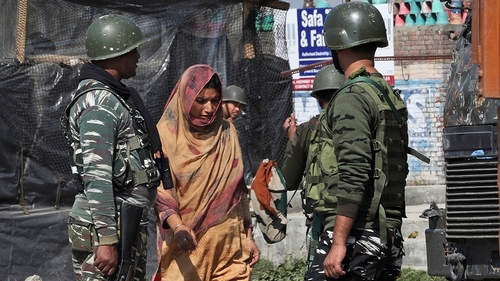 Many village heads have moved to the government-provided accommodations and hotels with their families due to fear from armed rebels. A Peoples Democratic Party activist in Anantnag was shot at on Sunday.

Asiya, 34, is staying at a hotel in old Srinagar’s Khanyar with her three children. Her husband, Abdul Rasheed, is a sarpanch (village head) from Khag village in Budgam and the family has been living in the hotel, 60km away from their home.

“There is a lot of fear. Today, he has gone to his village for the first time after August 5 and I am worried about him,” she told Al Jazeera sitting in her hotel room.

In another hotel on the banks of Dal Lake in the main city of Srinagar, there are 18 village heads from Shopian and Anantnag and other villages from south Kashmir are staying for the last 20 days.

Ghulam Hasan Khan, who is contesting from Ichgam in central Kashmir, said his village lacks development.

When asked about the current situation in Kashmir, he declined to comment.

The ruling Hindu nationalist Bharatiya Janata Party (BJP), which has backed the abrogation of Article 370, is contesting the elections for the Block Development Council (BDC) and is hoping for a major win.

“‘Till now, there has been no progress in the villages and now it is obvious we will take these villages towards more prosperity,” Ashok Koul, BJP general secretary in Jammu and Kashmir, told Al Jazeera.

Tens of thousands of people have been killed since an armed rebellion erupted in the late 1980s. The early 2000s saw a drop in violence but after 2014, when the BJP came to power, the region has descended into unrest.

Ghulam Ahmad Mir, a former parliamentarian and a senior Congress leader from south Kashmir’s Anantnag constituency accused the BJP of “destroying the region”.

Mir questioned the election process as most party leaders are in jails or under house arrest.

“This election is for the BJP, by the BJP and of the BJP. They (BJP) are forcing themselves on people in Kashmir. There is no democratic way,” he said. 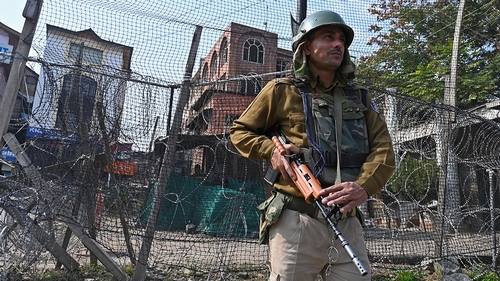 The government headed by Prime Minister Narendra Modi has claimed normalcy has been restored in the region but 80 days since the security lockdown was announced, internet shutdown continues, with some easing in phone communication.

The residents have launched a “civil disobedience movement” keeping the schools shut, public transport off the roads and a day-time shutdown of all shops in the region.

“Had schools been open, public transport been plying and political workers free. We might have called it an election, but when there are no indicators of normalcy. How can you say that fair election is going on?” Mir told Al Jazeera.

Zubair Ahmad, 35, from Shopian said that there was no talk about the elections and people were unaware of what was happening. He termed the polls as a “futile exercise”.

“The government has installed these village heads and now they are making them move like puppets. Any of these exercises has nothing to do with common people as our voices have already been crushed,” he told Al Jazeera.

“People are worried about their children who have been tortured and jailed. Literally, no one knows about these elections which the government is giving too much hype to show things are normal here.”