Austria ready to take action to protect their southern border, if an immigration deal is the coalition government of Germany will enter into force, announced the Austrian government, reports Reuters. 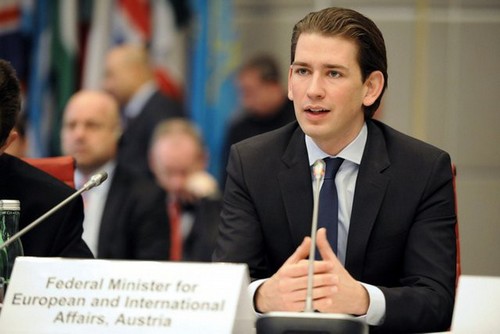 Thus, the Cabinet of Austria has responded to the agreement between Angela Merkel and the head of the interior Ministry and leader of the Christian social Union (CSU) Horst Seehofer.

“If this agreement will be the position of the German government, it will force us to take measures to prevent negative consequences for Austria and its population,” said Austrian Chancellor Sebastian Kurz in a joint statement with two far-right Cabinet Ministers, asking Berlin to clarify its position.

In accordance with this transaction, the migrants who have already applied for asylum in other countries of the European Union, will be in transit centres on the border with Germany, and Berlin will negotiate bilateral agreements on the return.

The Minister of internal Affairs of Germany, Horst Seehofer insisted on tougher measures on illegal immigration and presented the deal as a victory. However, it is unclear what impact this will have, because in many cases bilateral agreements on the return of migrants already exist and are being implemented.

Austria, which borders Bavaria, has repeatedly stated that it would at least match any of the measures of Germany on its borders at the lower routes of migrants, such as those which it shared with Italy and Slovenia. More stringent border control measures in Germany has in the past raised concerns regarding the increasing number of migrants in Austria.

In a statement, Kurtz, Vice-Chancellor Heinz-Christian Strache and Minister of the interior Herbert Cycla States that the Austrian government is “prepared, in particular, to take measures for the protection of our southern borders”, although there is no clarification.

Conservatives Kurz won parliamentary elections last year with a hard line against immigration, pledging to prevent any repetition of the migration crisis 2015-2016, in which Austria took more than 1% of its population is refugees and over a million refugees passed through its territory to Germany.

The migrants were transferred from Germany nearly 18 billion euros

The total amount of remittances from Germany over 10 years rose by 6.5 billion euros. Germany is among the countries with the largest number of transfers.The amount of remittances that migrants carry their relatives in other countries has increased significantly. In 2016, about 17.7 billion euros was transferred from Germany to the countries of origin of migrants, which is 6.5 billion more than in 2007. As reported by the newspaper Die Welt, Germany was among the countries where most translations. The above German in this list are only the US, Saudi Arabia and Switzerland.

The German government estimates a large number of remittances as a “development incentive”, because the money end up in people in developing countries. By 2030 the target is to reduce the sometimes very high costs of remittances to less than three percent.

The representative of the party “Alternative for Germany” (ADH) Marcus Frohnmayer (Markus Frohnmaier) expressed the suspicion that the recipients of social benefits in Germany, part of the money sent to relatives in the country of origin. Frohnmayer stressed that the development in other countries may not be at the expense of the German social system. ADH demanded to prohibit migrants to transfer to other countries the money from their benefits. In the party “Soyuz-90″/ “green” believe that remittances contribute to the fight against root causes of mass migration. “Refugees give life chances to people in their countries, thereby keeping them from dangerous migrant journey to Europe”, – said the representative of “green” Kekeris Uwe (Uwe Kekeritz),

Merkel and macron agreed on the establishment of a Eurozone budget