German car trading organization VDA raised its growth forecast for car sales this year, even when the sector continues to struggle with the consequences of the crisis in the field of diesel fuel and the impending “trade war,” reports Reuters. 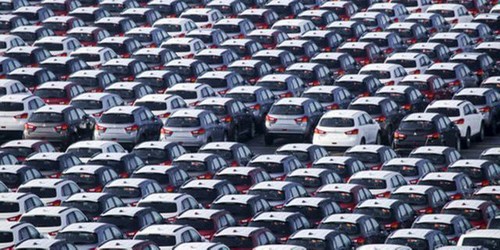 The VDA now expects this year’s passenger car market in Germany will grow by 1% to approximately 3.5 million vehicles compared with an earlier forecast of 3.4 million.

In June, new car sales grew by 4% compared to the previous year.

Sector of the automotive industry is threatened by the intention of the President of the United States Donald trump to impose a 20% tariff on all imports of cars assembled in the European Union.

Matthes urged politicians to find a transatlantic compromise that would have forced the United States and Europe to retreat from the idea of imposing tariffs, and will conform to the rules established by the world trade organization (WTO).

“But if the United States, however, will unilaterally increase the tariffs must be the answer,” he said.

While trump is concerned about the current WTO situation, said the head of the U.S. Treasury. According to him, the United States focused on “free trade” and “removing barriers”, while China and other countries use the WTO for their own purposes.

Informed about the threats trump to withdraw the U.S. from the WTO reported online edition of the Axios, citing an insider. According to him, the economic advisers to the President of the United States opposed such statements. To exit the WTO need approval of Congress, noted the sources.

The head of the Munich security conference, urged Berlin to increase the defense budget

Germany needs to invest in security “is not because it is required by trump, but because we believe it is important”, said Ischinger. Experts suggest to double the defence budget.On the eve of the NATO summit, which will take place in Brussels on 11-12 July, the Chairman of the Munich security conference, Wolfgang Ischinger (Wolfgang Ischinger) urged Berlin to increase the defence budget. “You can argue long, how appropriate the agreement of the NATO countries to provide for the defense of two percent of GDP, but the truth is that we have agreed to such a goal, said Ischinger in an interview with the newspaper Die Welt, published on Saturday, July 7. – It is therefore unfortunate that the ruling coalition it could not be agreed”.

Germany should take the necessary measures to improve the security situation “not because it is required by trump, but because we believe it is important”, said the diplomat. Earlier, U.S. President Donald trump has repeatedly demanded that Berlin increase financial support of the Alliance.

Meanwhile, according to the magazine Der Spiegel, citing a study by the German society for foreign policy (Deutsche Gesellschaft für Auswärtige Politik) and the Foundation “Science and politics” (Stiftung Wissenschaft und Politik), experts believe that Germany must increase defense spending to 85 billion euros by 2024. According to the calculations of experts, it is necessary to increase the defense budget by 6.8 billion euros annually. Thus Berlin will be able to reach 2 percent of GDP, which NATO countries agreed in 2014, and is in the Alliance the second after the United States largest defense spending, says Der Spiegel.

Recently the German government approved the draft Federal budget for 2019, which provides for defence costs in the amount of 42.9 billion euros, equal to 1.31 percent of GDP and about 4 billion more than in 2018. In mid-June, German Chancellor Angela Merkel (Angela Merkel) met with NATO Secretary General Jens Stoltenberg promised to 2025 to increase defense spending to 1.5 percent of GDP.

NAFTA is dead, Europe is closer to China