The militants of the terrorist organization Islamic state during a large-scale operation resumed control of the Syrian town of Abu Kamal on the border with Iraq.

According to observers, the attack on Abu Kamal was involved in at least ten suicide bombers. Killing at least 25 soldiers of the government army and the allied forces. 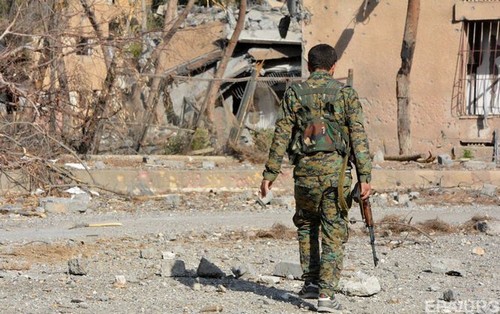 “This is the biggest attack on Abu Kamal from the time they lost him in January 2017,” said the head of the Syrian Observatory, Rami Abdel Rahman.

According to him, the militants seized several areas of the city. In the center of the fighting continues.

This area was the heart of the so-called Caliphate proclaimed by ISIS in 2014, the extensive territories of Iraq and Syria. The liberation of the city by Pro-government forces in 2017 was “the last nail in the coffin” of the pseudo.

According to the Syrian observers, the militants who ruled the Caliphate about the size of Britain, now control less than three percent of Syrian territory.

Syria headed by the rotation of the Conference on disarmament

United States and non-governmental organizations believe that the Assad regime has no moral right to lead the Conference on disarmament.Syria, despite strong protests, on Monday, may 28, headed by the rotation of the international Conference on disarmament held in Geneva under the auspices of the UN. The representative of Syrian President Bashar al-Assad will be for four weeks to direct the work of the world’s only permanent forum for the reduction of armaments.

United States and non-governmental organizations sharply criticized it, saying Assad’s army in the civil war in Syria had allegedly used chemical weapons. International Convention on the prohibition of chemical weapons was adopted by the conference on disarmament in 1992. UN Secretary-General, antónio Guterres, expressed hope that the presidency of Syria will not compromise conference.

Calls for a boycott

Permanent representative of the USA Robert wood called the current Monday one of the darkest days in the history of the Conference on disarmament. The Assad regime has neither the credibility nor the moral right to lead the forum, which involved 65 countries.

“The society for the protection of oppressed peoples” and non-governmental organization UN Watch called on Western countries to boycott the conference until it presides over Syria. The government is responsible for the murder of hundreds of thousands of civilians, can lead this forum, they said.

Meanwhile, the UN representative called the presidency of Syria at the Conference on disarmament routine rotation based on the English alphabet. To Syria the conference was chaired by Switzerland, and after the Syrian leadership will go to Tunisia.

In the attack of militants on the artillery battery of the Syrian troops killed four Russians, three more are delivered with wounds in the hospital, reported the Ministry of defense of the Russian Federation.In the Syrian province of Deir ez-Zor as a result of attack by fighters of the artillery batteries of the government forces killed four Russian soldiers. “Two Russian military adviser who ran the fire of the Syrian battery, died on the spot,” – said the Russian defense Ministry on Sunday, may 27. Five more soldiers were injured brought to the Russian military hospital, two of them subsequently died.

The collision occurred at night when the battery was attacked by “several mobile groups of terrorists,” said the Ministry of defence of the Russian Federation. According to him, in the course of the battle, which lasted about an hour, killed more than 40 terrorists and destroyed six vehicles with large-caliber weapons.

Earlier on 27 may, the Internet portal “Chita.ru” reported that in Syria killed four soldiers from Zabaykalsky Krai. According to sources, the victims were part of the artillery brigade, which fired four days ago.