Dozens of politicians, writers and human rights defenders were victims of the attack on 5 June in Egypt, committed by unknown assailants on the evening iftar organized by the Civil-democratic movement and passing during Ramadan. 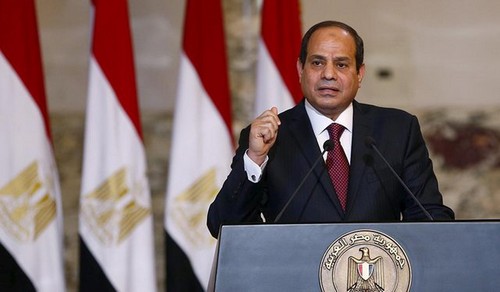 According to the publication Al-monitor, the attackers broke into the evening iftar at the club in Cairo and turned the dining tables, shouting: “Traitors! Spies!”

The head of the Constitution party Khaled Dawood, who attended the dinner, said on Facebook the day of the incident: “Now, any gathering of the opposition or independent figures of the banned” in reference to the liability regime in the planning of the attack.

Mustapha al Sayyid, Professor of political science at Cairo University, who was also present at the event, said that the attackers chanted slogans in support of Egypt’s President Sisi. In a message on Facebook Sayed said: “the Evening was originally a public meeting, some of the participants were able to seize the opportunity of the debate on national dialogue to achieve political growth and democratisation in Egypt.”

The MP hyam al-Hariri commented on the incident on 5 June: “Such attacks create a negative atmosphere in the beginning of a new presidential term and contrary to the promises of the President.” He asked in an article in Facebook: “Why does security policy does not match the rhetoric of the presidential establishment?”

2 Jun Sisi addressed the Egyptian Parliament and promised to push for real political development: “I can assure you that tolerance and the total space is my priority to achieve peace and harmony in our society.”

According to the report of Human Rights Watch, published may 31, Egyptian security forces raided the house of six Egyptian activists and spent their arrests in may.

Executive Director of Human Rights Watch middle East and North Africa Sarah Leah Whitson said in the report: “al-Sisi arrested are well known activists, even when they sleep, just to conduct the interrogation. The message is clear: any criticism or even mild satire can be an occasion to send a man to prison”.

The Prosecutor’s office conducted an investigation of these arrested activists in the framework of case No. 621 from 2018 on charges of joining illegal group and spreading false information.

May 18, the police arrested the lawyer Khayyam of Mohamedia after a 15-day trial. He was accused of conspiring with a terrorist organization and inciting protests.

May 24 was arrested a well-known Egyptian blogger Wael Abbas. He was accused of conspiring with a terrorist organization, the use of the Internet for propaganda of terrorist ideas and promote terrorist attacks, as well as the dissemination of false information, in order deliberately to violate the security, public order and harm the public interest. The Prosecutor’s office reported about his arrest, pending further investigations.

Egyptian campaign security was not limited to activists and journalists; it has affected a former member of the presidential campaign, Sisi in 2014, Political activist Hazem Abdel Azim was put under temporary arrest on may 28 for 15 days pending further investigation. He was accused that he called for the violation of the Constitution and dissemination of false information.

May 30, two days before Sisi was brought to the constitutional oath of office, taking office for the second consecutive term, the EU issued a statement expressing concern over the recent wave of arrests of political activists and human rights defenders in Egypt.

The Egyptian foreign Ministry rejected the EU statement and called the statement “inaccurate” and “does not reflect the Egyptian reality.”

Gamal Eid, Director of Arab network for information on human rights (ANHRI) said that, given that the Egyptian regime is afraid of criticism, he uses the weapons of fear and arbitrary arrests among the opposition and those who aspire to democracy. He also warned of growing political tension and more anger due to the ongoing campaigns of arrest.

Journalist Abdullah al-Shennawi believes that the priority for Egyptians is the economic crisis facing the country. However, the recent wave of arrests only reinforces the negative political and economic arenas, when the country is in need of political openness, he said.

“The restriction of civil liberties and oppression in the context of the economic crisis will lead only to unrest, with which Egypt already can not cope,” – said al-Shennawi.

He said that the behaviour of the Egyptian security forces contrary to the promises of the President in terms of freedom of thought and expression. Shennawi added that the current political approach of the state is unclear and decisions about safety are arbitrary.

Member of the National Council for human rights George Isaac said that Sisi may 16, announced the pardon of 332 prisoners charged with criminal offences, but was released only four.

Isaac hopes that the prisoners of conscience and those who have not participated in acts of violence will be exempt. He was surprised by the recent wave of random arrests and is working on a petition that will be sent to CC with a request for the immediate release of persons convicted for violence.

Isaac believes “the behavior of the security forces in Egypt too stringent and that continued repression will drive the Egyptian youth in despair”.

Alaa Abed, head of the parliamentary Committee for human rights of Egypt, said: “Political activists were arrested because they were involved in cases that threaten the national security of Egypt, such as leaking false information abroad, unsubstantiated criticism of the government. It needs to be stopped to save system of national security.”

May 24, the White house released a statement in which it expressed concern about the US administration about the arrests of peaceful activists in Egypt, carried out by the authorities of the country. The Egyptian government has not commented on this statement.

Since Sisi was elected for a second term, the authorities conducted the arrests of dozens of critics, who were then questioned on charges of spreading false information and participation in the activities of proscribed groups or terrorist organizations.

Dawood said on his page on Facebook: “We adhere to our right to a better Egypt, life, freedom and social justice. We warn about the current political sanctions.”