Greenpeace Russia appealed to the administrations of 77 Russian cities with questions about the development of public transport, monitorage air quality, areas with restriction of movement of vehicles of low environmental class (Euro-3), the development of Cycling infrastructure, measures to reduce the number of trips by private transport and introduction of electric vehicle in the first place, the public. 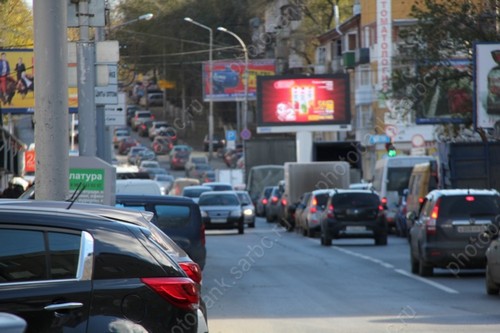 In the end, the experts divided the city into 3 categories:
in green were those whose responses “demonstrated that the administration declared the intention to move towards “green mobility”;
“yellow” – who “underestimate the important elements of sustainable transport, although they have some initiatives in this area”;
in the “red city administration, which “underestimate the importance of these issues or the use of measures that are wrong from the perspective of Greenpeace, the responses are not received within the statutory period, since it is impossible to establish whether this is intentional or not.”

In the latter category the authors of the study attributed Saratov (to no response).
Thus, according to the survey, satisfied with the quality of the air in the city is 11.1% of respondents, measures of the authorities to improve the transport situation of 15.6%, however, road transport is the main air pollutant – 71,1%.

To Saratov have arrived journalists from Cuba

Today to Saratov there has arrived delegation of representatives of news Agency “Prensa latina” (Cuba). A three-day visit comes at the initiative of the Ministry of foreign Affairs. 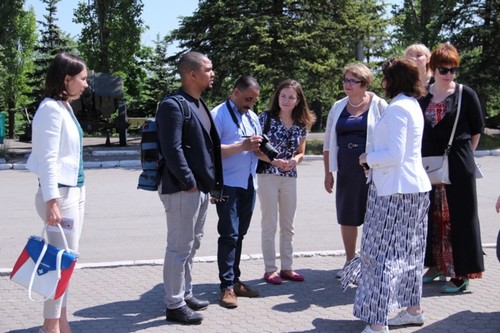 Among the participants of the press tour – a well-known Cuban journalist, head of Bureau of the Latin American news Agency “Prensa latina” Rondon Garcia Antonio, the operator of this Agency Lopez Gallardo Erica and Arian correspondent Oro Oro Hansell Paul.

“Prensa latina” news Agency, broadcasting in all Latin America. Every day it transmits more than 400 news in English, Spanish, Portuguese, Italian, Russian and Turkish, is also involved in production more than 30 periodicals has its own TV, radio.

The guests visited the Victory Park. Of particular interest to them has a history of plane Ferapont Holovaty, as well as stand on the participation of Saratov in the Caribbean crisis.

The Ministry of foreign Affairs of the Russian Federation for the second consecutive year is implementing a program for the organization of press tours in Russian regions for foreign journalists. In the 2017th representatives of foreign media visited Nizhny Novgorod, Kazan, Chechnya, the far East.

Walk through the streets of St. Petersburg ended with a meeting with physicians for a fan based in Voronezh Moroccan national team. About it reports to “Fontanka”. 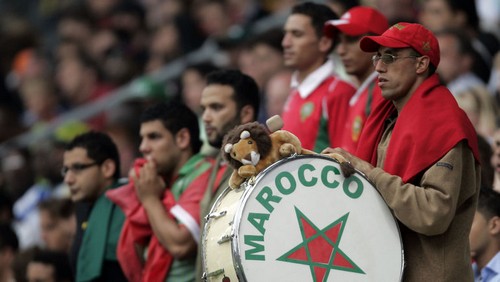 The incident occurred on Saturday, June 16, in the late evening. 23-year-old Moroccan on a river boat ride along the Fontanka and was so carried away by the landscapes of the Northern capital, he forgot about safety. At the entrance to the Anichkov bridge, the alien sat up, probably so that we can examine the architectural elements of the crossings – horses Klodt, and hit her head hard.

In the end, for tourist called the ambulance. The young man was diagnosed with closed craniocerebral injury and brain concussion, and bruised wound of the forehead. According to local media reports, a football fan after care was released, his condition is assessed as satisfactory.

The participants a rich program

NSU started a short-term educational program of the Siberian archaeology. It began on 4 June and runs until the 18th.

The University has begun implementation of a program of internships Siberian archaeology in the framework of the project Summer schools for foreign students in the past, 2017. The first participants in the program were students from the University of Kenkhi from Seoul. This year the NSU was a group from Korea consisting of 25 students, professors and two assistants.

Participants of the II International archaeological field school will attend lectures on the basics of modern Russian language and the history of Siberia, will visit the Novosibirsk and Altai burial mounds of Cultural log 1, Turkic Kurgan, Tavdinsky caves, the natural Park Uch-Enmek, urokinase kalbak-Tash and other cultural and archaeological sites.

Yesterday NGS also wrote about the fact that in the Novosibirsk region intend to increase the number of foreign students.