At last year’s summit trump has refused to confirm the principle of collective defense enshrined in article 5 of the NATO Treaty, and this is the cornerstone of the transatlantic Alliance.

In June of this year trump has derailed the summit “the Big seven”, and this week it has increased tensions by refusing at least moderately to criticize the President of Russia Vladimir Putin at the Helsinki meeting.

Last week at the NATO summit in Brussels is not just trump insisted that all NATO countries must spend at least 2% of its GDP on defense. He even suggested that these costs eventually reached 4% of GDP. However, as he writes in his article on Project Syndicate, Javier Solana, who held the post of Secretary General of the North Atlantic Alliance in the second half of the 1990s, the proposal was stillborn, and not just because of the fact that it would require a huge budget casualties, but also because it can lead to the emergence of significant military imbalances on the continent. When spending at 4% of GDP military budget of Germany would be around 40 billion euros ($46 billion) more than France. 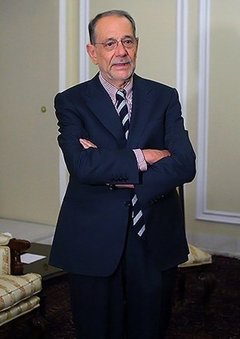 “At a time of growing international volatility it is extremely important that we Europeans were defending themselves from blatant attacks and preserved our many collective achievements. But this does not mean that we should shy away from self-criticism. Nominate trump the requirement of 2% of GDP is not unreasonable or unprecedented: previous presidents of the United States also called on European countries to increase defense spending. In 2014 NATO countries that didn’t spend 2% of their GDP on defense, has pledged to make it to 2024 Despite significant progress, it is fair to note that some countries are still very far from achieving this goal.

But we need not only to maintain solidarity with our allies, need to take responsibility for their own safety – it is in the interests of Europe. Grow both external and internal threats, and they become increasingly interconnected. A good example is the war in Syria: shocking humanitarian tragedy with more than seven years of suffering the population of this country, has led to the emergence of the refugee crisis that shook the foundations of the European Union.

The obsession with the level of spending will not solve the problem fundamentally. The increase in military spending will be mainly unproductive if we don’t do it the European way. The size of the total military budget of the EU now concedes in the world only the US military budget, and almost four times the military budget of Russia. Therefore, what is important is how these funds are invested and do we have the capacity and infrastructure to facilitate joint missions with NATO and U.S. operations on the continent and around it.

Trump is mistaken in believing that NATO allows other countries to exploit US, there is little offering in return. No one denies that American security guarantees play a key role in deterring military confrontations. But the U.S. should not forget that other NATO countries fulfill their obligations on mutual defense and support U.S. priorities.

Moreover, the only time article 5 was used at all, occurred after the attacks of 11 September 2001 on the United States. Soon after, a UN-mandated NATO led “International security assistance force” in Afghanistan is the longest mission in the history of the Alliance.

Europe continues to be a valuable ally for the United States. In December 2017, the EU adopted a program of “Permanent structured cooperation” (PESCO), which will allow participating countries more effectively to create joint defense capabilities. PESCO will also accelerate the movement of European strategic autonomy in accordance with the “Global strategy” of the EU in 2016

As the European bedrock of NATO is strengthened, the U.S. will get an even more reliable partner on defense, equipped with the most modern tools and technologies. Reducing the fragmentation in European military industry and increase its competitiveness, and this is extremely important to prevent the technological gap between Europe and the United States.

Fortunately, such initiatives in the framework of the “Common policy of security and defence” of the EU enjoy wide support of the population of Europe. For Europeans, collective and constructive approaches to defense spending will always be a more attractive option than any coercion, plotting our allies.

But trump gets in the way of such collective efforts. Paradoxically, his administration, demanding that we, Europeans, have taken responsibility for our safety, while striving to disrupt any joint defense project that we start.

A similar bias and myopia in relation to European cooperation in the field of security are not something new. The United States argued that such cooperation would lead to duplication of NATO activities, but this statement is far from truth. The real cause of the duplication and waste is the mass of the obstacles faced by European countries when it comes to the creation of a joint defence capabilities.

In addition, trump opposes the enlargement policy of the European military industry, because it will reduce Europe’s dependence on American exports. But again, it is unreasonable to insist that Europe has become more self-sufficient, and at the same time to get her to increase the dependence on weapons, equipment and technologies, made in America.

Given the long history of the EU support global security through civilian and military missions, the EU has much to contribute to NATO. Increasing the compactness and consistency of approach to the defense, the EU will make NATO stronger, which is directly beneficial to the United States. Trump will do smarter if instead of continuing their undiplomatic and unilateral attacks will begin to treat the EU as a friend, which the European Union has always been for his country, and avail of the opportunities offered by the cooperation of the countries of Europe in the field of collective defense.”

Trump wants to get rid of German cars in USA