Berlin and tel Aviv have a different view of the expediency of preserving the Iranian nuclear agreement, but agree that the activity of Iran in the region is worrying.

About it heads of the governments of Germany and Israel said after talks in Berlin, the correspondent of UKRINFORM in Germany. 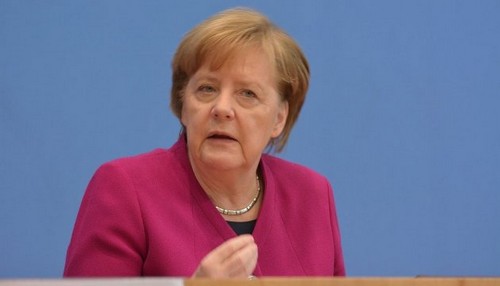 “Although we have different opinions regarding the usefulness and appropriateness of the agreement, we, nevertheless, agree that the activities of Iran in the region is worrying, especially in regard to Israel’s security,” said German Chancellor Angela Merkel.

She said that Berlin supports the desire of Israel to his presentation about the alleged continued development of Tehran’s nuclear weapons have been carefully studied and evaluated by the IAEA. “Our goal is to make sure that Iran never acquire nuclear weapons,” – said Merkel.

She thus considers it necessary to use all diplomatic opportunities and international exchanges to keep the activity under control Iran, limit its missile program of the Islamic Republic, its influence in Yemen and the deployment of military forces in Syria.

Prime Minister Benjamin Netanyahu remarked that Iran deploys its military forces at the border with Israel. He also urged Berlin not to ignore the fact that about 80 thousand led by Iranian commanders of the Shiite militia fighters have a very specific goal – to start a new religious war in Syria, which would entail a new flow of refugees.

According to Netanyahu, “the greatest challenge confronting the civilized world, is, without doubt, the threat of the militant Islamic state, which is aggressive, is trying to develop a nuclear Arsenal,” he pointed out while Iran. He recalled that the leadership of the state have recently called Israel a “cancerous tumor,” declared that the aim of Iran is to destroy Israel, which, in particular, is developing nuclear weapons.

“We know it,” Netanyahu assured, adding that the large volume of available information he shared with the German government and experts.

Netanyahu urged to continue and to intensify sanctions against Iran, which, according to him, is a sponsor of international terrorism.

The representative of Israel to the UN Danny Danon, speaking at the meeting, said that it is about “the attempt to deny Israel the fundamental right to self-defence”. He warned the representatives of other countries, supporting the resolution, they “give strength” to the Palestinian radical movement Hamas.

At the same time, the United States failed, suggesting the addition to the resolution, which contained the condemnation of the violence resorted to by Hamas. For approval document required two-thirds majority, however, voted for him only 62 countries. 58 opposed, and 42 abstained. Earlier, the US vetoed a resolution condemning Israel’s actions, which was introduced in the UN Security Council, which includes representatives of 15 States.

At least 129 Palestinians were killed by the Israeli army as a result of the protests from March 2018 took place near the border with the Gaza strip. About the victims among the Israeli military or civilians was not reported.

The ruble and oil marked the meeting of Putin and trump