According to an old African proverb: “When elephants fight, the grass suffers”. The same can be said about a full-scale trade wars: when facing the major economies, developing countries are among those most affected.

June 1, the U.S. administration has set import tariffs at 25% for steel and 10% aluminum. Duties will affect not only China, but also to Canada, Mexico and the countries of the European Union. As noted by the EU Commissioner on trade Cecilia Malmstrom, at a recent event held by the United Nations conference on trade and development (UNCTAD): “We are not in a state of trade war, but we can be there”. This is a situation which should become a matter of universal concern. 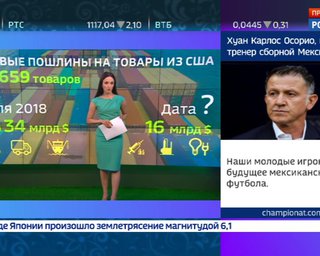 Trade war find of an Intercontinental character. China imposes duties on 650 of goods from the United States. This is a response to Washington’s decision to impose customs tariffs on many Chinese goods.

As history shows, in the trade war there are no “winners”. Increase of tariffs major trading countries represents a reversal of the efforts after the Second world war to eliminate trade barriers and facilitate global trade. Since the General agreement on tariffs and trade came into force in 1947, the average cost of the existing tariff in the world decreased by 85%. This is not an accident; rather, it is the result of multilateral cooperation and eight rounds of global trade negotiations, first under the GATT and then its successor, the world trade organization.

The reduction of tariffs, together with technological advances has resulted in an extraordinary expansion of global trade, which we witness throughout our lives. In 1960, trade as a share of world GDP was 24%; today it is almost 60%.

The expansion of trade contributed to economic growth, job creation and increased household incomes throughout the world. This is a key factor in the growth of the global South, where dozens of developing countries are experiencing strong economic growth and positive social change. And it made possible one of the most remarkable achievements in human history: to lift one billion people out of poverty in just two decades.

At the same time, as noted by the Secretary General of UNCTAD Muhith Kitui in his article on Project Syndicate, the expansion of trade brought wealth to everyone equally. In some cases this has led to environmental degradation and economic displacement, and many people felt left out. This is a serious and legitimate problems that need to be addressed. But unilateralism is not the way to achieve their solution. Global challenges require global solutions. 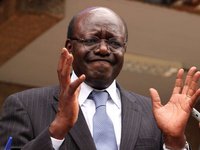 Unfortunately, the current trade measures portend a situation in which everyone loses. In the course of a trade war, companies from a number of sectors will lose profits, and the workers will lose their jobs. The government will lose revenue and consumers will be less available goods. And no matter where they are, firms, governments and households will incur higher costs.

What’s worse, the global trade war could jeopardize the multilateral trading system. Undoubtedly, this will lead to increased tariffs, which we haven’t seen in modern history. UNCTAD studies show that average tariffs could rise from negligible levels up to 30% for U.S. exporters and 35% and 40% for exporters, the EU and China, respectively. Thus, even if the “elephants” have sufficient economic weight to counter the trade war, they will not get any benefit from it.

Moreover, the trade war will be a serious blow to the poorest countries of the world and hope to double “the share of global exports of least developed countries” by 2020, in the framework of sustainable development Goals (sdgs). This will jeopardize the fragile economic recovery since the global financial crisis ten years ago, thereby undermining growth and development throughout the world. And it will also limit the extent to which trade could be used to achieve global goals.

The damage caused a full-scale trade war will be felt far beyond international trade. Today’s trading environment reflects disturbing global trend of nationalist unilateralism. Countries that trade helped change our world for the better, today reject international cooperation, and this shift can have serious consequences for other areas, such as global efforts to combat climate change and ensure peace and prosperity for everyone. The easiest way to win a trade war is to avoid it altogether.