As specified in the message, Kim hopes for a step-by-step denuclearization. The solution can be accelerated “due to the effective and constructive dialogue and negotiations.”

Earlier in the day in Pyongyang, met Kim Jong-UN and Minister for foreign Affairs of Russia Sergey Lavrov, who also met with the foreign Minister of the DPRK ri Yong Ho. Welcoming the contacts between North and South Korea and between the DPRK and the United States, it is important to “try not to make any sudden movements, artificially to adjust the process,” Lavrov said after the meeting.

In his words, Moscow and Pyongyang share an understanding of the need to “avoid the temptation to demand “everything at once”. “Denuclearization is inextricably linked to the eventual establishment of peace… equal and indivisible security in northeast Asia” – quoted Lavrov at the Russian foreign Ministry’s website.

Until recently it was unclear what exactly he understands Kim Jong-UN under the denuclearization, reminds Agency AFP. According to experts, Pyongyang does not agree to the abolition of its nuclear program without security assurances from the United States. On June 12 in Singapore planned summit with the participation of Kim Jong-UN and U.S. President Donald trump. Earlier it was reported that it may be cancelled, but preparations are ongoing.

Assad is going to go to North Korea

“I’m going to KDNT and meet with Kim Jong-UN” – passed North Korean media say Syrian President. In conversation with the Ambassador of North Korea, he welcomed the recent historical processes on the Peninsula and marveled at the wisdom of leadership of Kim Jong UN. In the case of the implementation of the plans of Assad and his trip will be the first visit of a foreign head gosudarstva in Korea after coming to power, Kim Jong-UN in 2011.

Meanwhile, Kim Jong-UN needs June 12 to meet with U.S. President Donald trump, which is more than critical of Assad. “It is not necessary to be a partner of this gas killing an animal that kills its own people and enjoying it,” he wrote of the Syrian President, on Twitter.

Meeting trump and Kim Jong UN to be held in the framework of the Singapore summit. Trump has repeatedly sent mixed signals about its willingness to meet with North Korean leader.

As reported on the website of the Ministry of Finance, in the sanctions list introduced six citizens of Iran and three Iranian organizations. 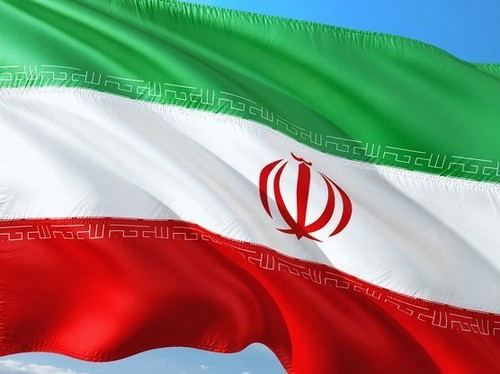 In particular, under the sanctions were the prison of Evin in Tehran, where, according to Washington, are contained political prisoners.

Earlier, the Finance Ministry included in the list of limitations of five high-ranking rukovoditelnitsa the guardians of the Islamic revolution.

We will remind that on may 8 the President of the United States Donald trump announced its withdrawal from the agreement on Iran’s nuclear program and has announced new sanctions against the Iranian regime.

U.S. Secretary of state Mike Pompeo said that the U.S. is ready to conclude a new agreement on Iran’s nuclear program, which would include the 12 “basic requirements”. In particular, Iran must stop uranium enrichment and pre-processing of plutonium and the release of all American citizens.

Iran’s President Hassan Rouhani said that the US does not have the right to make decisions instead of Tehran in relation to its political policy and nuclear strategy.

The US is preparing for new trade dispute with India

Did the Saudis anti-corruption campaign?