The carrier rocket “Soyuz-2.1 b” has put into orbit the spacecraft “GLONASS-M” in the night from 16 to 17 June. The launch took place from Plesetsk at 00:46, said in a press-service of Roscosmos. Impressive video of a missile launch from Voronezh engine, which was released by the Design Bureau Khimavtomatika, appeared in the network. The company produces engines for rocket-carriers “Soyuz-2.1 b” 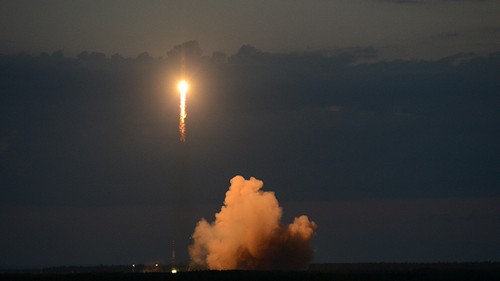 Three minutes after liftoff, the carrier rocket (RN) “Soyuz-2.1 b” took to support automated complex of management of the Main test space center named after German Titov. The estimated time of spacecraft “GLONASS-M” was launched into the target orbit by the upper stage block “Frigate” and was adopted for management of ground-based Space forces VKS. 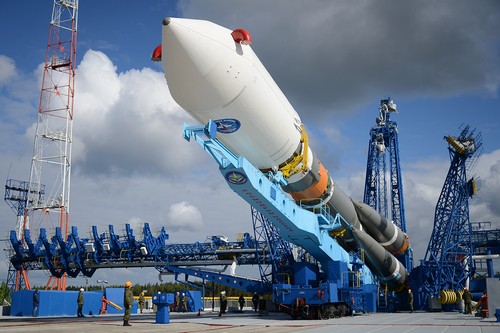 With spacecraft installed and maintained stable telemetry. The onboard systems of the spacecraft “GLONASS-M” functioning normally, said the Russian space Agency on the results of the run.

The rocket engine with the Voronezh delivered three astronauts into orbit

Rocket “Soyuz-FG” was launched from the platform №1 of Baikonur cosmodrome on 6 June, at 14:12. After 8 minutes, 48 seconds after the start of manned spacecraft “Soyuz MS-09” cleanly separated from the third stage of the launch vehicle to a predetermined earth orbit and continued its Autonomous flight to the International space station under the control of specialists of the Russian mission control Center.

Approach to ISS and stykovka vehicle with a small research module “Rassvet” (MRM1) will be scheduled in automatic mode on a two-day scheme. The vehicle docking with the station is scheduled for 16:07 8 Jun.

During long expeditions 56/57 the ISS crew will perform the 55 scientific experiments. The expedition is scheduled works with spacewalk. In addition, the crew will work with the cargo ships, maintenance on-Board systems of the International space station, onboard photographic and video recording. The planned mission duration is 187 days.

The court of “Crimean turbines”

Swam 6 kilometers from Asia to Europe

Trump wants to organize a meeting with Putin