Now the main thing that can make the Ukraine – it is, in my opinion, to appeal to international organizations. In the case of the Azov sea, the use of military instruments will only be free of negative consequences. And it’s not that Ukrainian and Russian Maritime potentials even difficult to compare. Especially Russia provokes Ukraine to actions that could justify a potential aggression which is totally disproportionate to the military measures that can be applied to Ukraine. 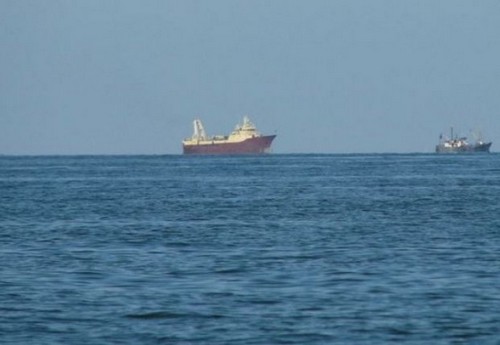 However, at the same time, this does not mean that we should not create its own naval protection: as transport routes and the coast. Should be a set of legally-diplomatic tools, backed by military power.

So, we can say for sure: such a solution requires much effort, patience and time. Because international organizations do not react instantly. There is a temptation to pay in the same coin: if Russia blocks the movement of merchant ships coming into Ukraine under our or other flags to meet the same. In my opinion, it’s not really prudent decision.

Should appeal to international organizations and courts – it will not give quick results, but at least creates, first, less risk, and secondly, the long-term effect. And this conflict – and we all need to understand this – for a very long time.

What are the goals of Russia in the Azov sea? Obviously, somewhere in the middle of 2014 one of the key directions of the Russian policy is the depletion of Ukraine.

Having significant military capabilities, the Kremlin could go on a massive offensive, but there is quite understand the possible action by the international community and resistance from Ukraine. But hidden aggression and offensive, according to the calculations of the Kremlin, should lead to the collapse of the Ukrainian economy and political changes in favor of the ROS. A naval blockade is one of the elements of this policy, and not the only one.

I would not say that thus Russia seeks to escalation of the situation. Most likely this is done without too much attracting attention, because the messages that come from Russia, to the belief that nothing happens. They say, the bridge Kerch is in no way impedes the movement of ships, and the Russian action is not aggression or strike the answer, when instead of one of the Russian fishing vessels arrested three Ukrainian. The opposite is true: Russia is trying to mimic the fog in the eyes, without resorting to military rhetoric. And it is no less insidious and dangerous.

In the sea of Azov tourists attacked by poisonous jellyfish, weighing 10 pounds

In the coastal strip of the Azov sea in the area of Arabat spit were seen large jellyfish.

Holidaymakers complain of burns received as the result of contact with jellyfish.

As writes the edition, the photo can be judged that this kornerot jellyfish (Rhizostoma pulmo) – the largest jellyfish in the Black and Mediterranean seas. Now they appeared and resorts of Azov.

These jellyfish can reach 50-60 cm in diameter and weigh up to 10 kg. On the blades are poisonous stinging cells, however, the venom does not pose a serious danger to humans. In susceptible individuals upon contact with the oral lobes may cause severe irritation, similar to sunburn nettle, which disappears in a short time.

The site for testing: the goal of Putin’s provocations in the sea of Azov

The Kremlin is using Ukraine as a testing ground for not only its military technology but also of techniques to counter Western countries, particularly the United States.

This was told by military expert Valentin Badrak.

According to him, provocations in the sea of Azov aimed at Russia achieving a range of goals.

“When we’re dealing with the Kremlin, we are always dealing with a mixed version. On the one hand, the Kremlin is probing the situation, how would the measurements of the reaction of Ukraine. And here you have to understand that any weakening of the Ukrainian side instantly used in order to build on their success in that direction or area. There are economic reason, economic experts are talking about astronomical figures of our losses in circulation, which is hampered due to the aggressive Maritime policy of Moscow,” – said Badrak.

According to the expert, the situation with the growth of tension in the Azov sea, should also be considered from the point of view of the bigger picture.

“The stage is very cool relations between the US and Russia forcing Russia to conduct an aggressive action where it can scare the flights of their aircraft near NATO ships. To come up with some podbrasyvanii things in the Baltic region, to send messages that can be aggression against the Baltic States, and test the response of NATO. And, of course, Russia’s extremely convenient Ukrainian ground. Russia keeps Ukraine as a laboratory, test site and to test their new weapons and messages to the West. In this case, I do not separate the situation of intimidation of Ukraine (including the preparation to the Ukrainian elections, and Russia will affect very seriously here) and a message to the West that, they say, “if a dialogue will not happen, we can conduct a very aggressive policy on the Ukrainian land,” – explains the expert.

In his view, the current weakness of Ukraine on the sea, and however, its efforts to remedy the situation (via USA) Russia tease and encourage the Kremlin to act.

“It is clear that today we have problems with the ship part, we have not so quickly into the system, even boats. And even what we count on missile “mosquito” fleet is only the future. While Russia is very teasing situation when, for example, in Ochakovo built training center, marine corps base (for Ukraine with the United States Navy – ed.). A very active irritant for the Kremlin is that the Americans give us military boats. This all together creates a pretty serious irritants for the Kremlin and, accordingly, forces him to take this direction, for a “piece” in which they try to bite and to chew through any possible gaps,” summed up Badrak.

Ukraine is in a vulnerable position

Why German women retire at 65 years of age – as men

Odessa Bank decided to absorb the Bank from Kiev