WHY did Theresa May pick a famous church in Florence to offer an olive branch, of sorts, to her negotiating partners in Europe? As she explained her choice, the Italian city was the starting point of the Renaissance, a glorious episode in cultural history that “inspired centuries of creativity and critical thought across our continent and which in many ways defined what it meant to be European.”

The prime minister had read her guide-book. The magnificent place of worship where she spoke, Santa Maria Novella, is seen as a bridge between the Gothic and Renaissance styles. Its amazing marble front (pictured), finished in 1470, heralded a time when the continent rediscovered its classical Greco-Roman roots, and there was a rich pan-European dialogue between learned humanists whose common language was Latin. One such scholar was a bold Dutch churchman called Erasmus.

Mrs May was suggesting that Europe could still form a common cultural space even if political arrangements were changing, with parts of the continent seeking closer integration and Britain cutting loose.

And in some ways, Florence is a good place for an English person to make that argument. For centuries, it has been a magnet for well-bred aesthetes from further north. The ruthless, mercantilist politics of the Medici family which dominated the medieval city could even serve as a model for hard-line Brexiteers, who dream of creating a Singapore-on-the-Thames based on global trade and light regulation.

But Florence and its churches are also associated with some of the darker episodes in Europe’s religious and cultural history, and they too are worth meditating on. Galileo was teaching in the city when his restless young mind began to have ideas about the universe that would bring him into conflict with the religious authorities, with their dogged attachment to an older cosmology based on that of Aristotle as well as the scriptures. When Galileo died nearby in 1642, the Inquisition tried to stop him being buried in any holy place, and he was initially tucked into an unmarked corner of a church. Only a century later was his genius recognised with a proper monument.

Less well known is the fact that Florence was the scene, in 1439, of a truly disastrous attempt to reunite Europe as a seamless religious and ideological space. With the Ottomans closing in on Constantinople, the Pope, the hard-pressed Byzantine emperor and the local bigwigs of the Medici clan lent their backing to an effort to reunite the Latin and Greek churches and create a kind of pan-Christian front.

For many weeks, representatives of Christendom’s east and west wrestled over the issues that divided them: they ranged from liturgical details (should leavened or unleavened bread should be used in the ceremony of Holy Communion?) to subtle theological matters concerning the relationship between the Father, Son and Holy Spirit, the three persons united in a single God. Also at issue was the Catholic doctrine of purgatory, a place where the dead are said to be purified before reaching heaven.

The death of Patriarch Joseph, the leader of the eastern bishops, in June 1439 must have seemed like a bleak omen. (He is buried in Santa Maria Novella, not far from where Mrs May was speaking.) But by mid-summer, the end of Christendom’s 400-year-old schism was joyfully but prematurely proclaimed. A messy formula had been found to finesse the two sides’ differences over the Trinity.

But when the eastern hierarchs returned to base, they soon found that that the deal was utterly rejected by their home constituencies. Many of the clergy, monastics and devout people of Constantinople were furious that the integrity of Orthodox doctrine had been watered down. The Christian east remembers Mark of Ephesus, the one bishop in Florence who refused to sign, as a principled hero. When a bishop reached Moscow with news of the inter-Christian reunion, he was promptly imprisoned.

The final victory of the “anti-unionist” forces came after 1453 when the Ottoman Turks took over the city on the Bosphorus and named it Istanbul; they of course had an interest in driving a wedge between their newly acquired Christian subjects and those further west, so they encouraged clerics who took a hard line against Rome.

As they pore over the debates of the Council of Florence, some of which seem pretty arcane to the modern mind, many scholars conclude the two sides were actually even further apart than they seemed. There was pressure to find a theological compromise because of strategic necessity, but the clerics’ hearts were never really in it. One newly published account concludes that there was only an “appearance of dialogue” which failed to bridge the “abysmal philological and theological gaps” between the two camps. It wasn’t just that one side spoke Latin and the other Greek; they used superficially similar words in entirely different senses. Anyone who has followed a negotiating session at the European Union could probably relate to that.

So what might the lessons be for modern times? Even when external challenges loom large, Europe’s internal fault-lines have always run deep. Compromises struck in the heart of the continent can fail to win assent at the periphery. In addition to Mrs May’s happy intimations of cultural commonality, the stones of Florence carry darker messages.

Correction (September 25th, 2017): A previous version of this post was illustrated with a picture of the wrong Santa Maria. The picture has been replaced. Thank you to our commenters for pointing this out.

PreviousA pastor becomes a pawn in a spat between America and TurkeyNextNo room for complacency
Post Views: 205

The British plan of withdrawal from the EU 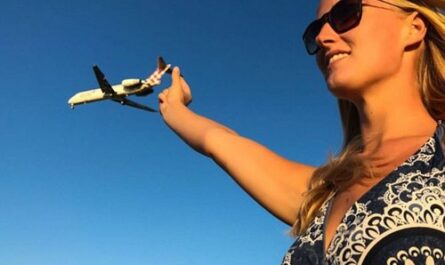 No room for complacency