The Libyan government will not create a camp for illegal refugees, or to enter into any transactions with the European Union on the adoption of migrants who have been expelled from the EU.

In an interview with German newspaper Bild said the Prime-Minister of the national consensus government of Libya Faiz Sarraj.

– EU considering a further return of refugees back to North Africa. The EU wants to create a so-called “anchor centres”, including in your country.

– No, we won’t have it. We are strictly opposed to the European authorities placed illegal immigrants who don’t want to see the EU in our country. We also do not agree to any monetary transactions with EU us illegal migrants. The EU should better communicate with countries where they people go, and to put pressure on these countries. We won’t make any deals. I am surprised that no one in Europe more reluctant to accept migrants, but they are asking us to take hundreds of thousands of people. 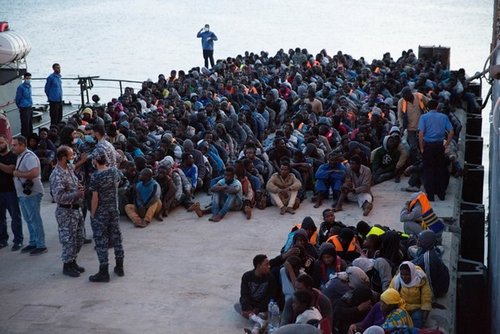 – You talked about curbing illegal migration. How do you think, can Libya to cooperate in this matter with foreign troops?

– You can’t fight illegal migration through the deployment of foreign soldiers in Libya. Moreover, we will never accept. This issue requires international efforts, especially given the fact that the network of illegal migration is international. It is also important that European politicians have a better understanding of the situation in Libya. I have already officially invited Chancellor Angela Merkel, and I hope it will soon come to Libya.

The ruble and oil marked the meeting of Putin and trump