After the publication of Michael Lewis ‘ “Flash Boys: A Wall Street Revolt” on March 31, the US financial sector began to look like a hive of disturbed bees. One week the theme of high-speed trading has attracted more attention than over the past few years. 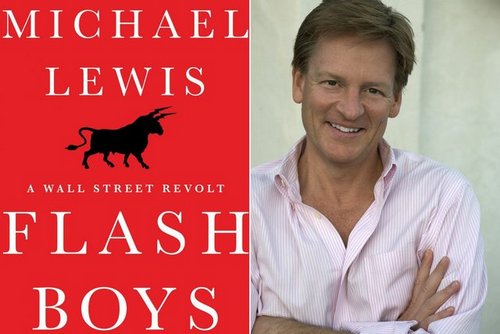 The book of Lewis, describing the chronology of the development of high-speed trading (high-frequency trading, HFT) on the U.S. stock market, was published on 31 March. It immediately became a bestseller as a work of a journalist.

The book presents a rather critical assessment of how the improvement of technology and increasing speed of trade have changed the U.S. stock market. According to Lewis, which he expressed in an interview with various media, “using high-speed trading allows you to manipulate the U.S. stock market”.

Companies that have the ability to more quickly send orders to buy or sell shares have an advantage over other market participants. Financial companies are willing to pay a lot of money to programmers who write codes for trading high-speed trading. While the victim could be any slower market participant, from an average investor to large hedge Fund.

Immediately after the publication, caused a considerable resonance, there were statements on audits in the financial sector “on the subject of insider trading” when you use high-speed trading. It turned out that the FBI almost a year “investigating” this issue. While the FBI was “asked to help” traders in this investigation.

Exchanges also were involved in “high-speed manipulation”: they provide slow data transfer channels, allowing traders who use HFT to make money on the game against their slower competitors.

CNBC invited to participate in the discussion of high-speed trading author Michael Lewis, head of electronic exchanges BATS of Michael O’brien, and co-founder of the IEX stock exchange Bradley Katsuyama. It acts as a “protagonist in the third person” in the book of Lewis, describing his familiarity with the situation which arose in financial markets in 2007 with the beginning of active use of high-speed trading.

Having barely started, the discussion very quickly turned into a violent dispute. The head of the BATS stated that critics should be “ashamed” for what they wrote. He began to poke fingers in Lewis and Katsuyama, alternately accusing them of trying to tarnish the BATS exchange and him personally. 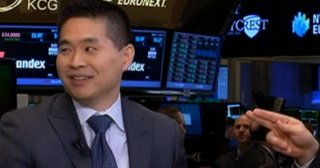 O’brien: I the last few days can not recover. First, Michael and brad, shame on you for what you are falsely accusing literally thousands of people and scare away millions of potential investors. It’s a very very old tactic, they want to denigrate this business, to submit it based on suspicion, fear and accusations. Do you really think that thanks to high-speed trading to manipulate the market?

O’brien: don’t equivocate! You said in the book: “Then I realized that the markets are manipulation”. Your words? It’s disgusting that you’re trying to avoid answering. Katsuyama: it is Not necessary so to speak…

O’brien: So you believe in it or not? Lewis you quoted in the book. Yes or no?

Katsuyama: Well. Yes, I believe that the markets are manipulated and you take part in them.

Then the head of BATS “started” for the author:

Lewis: I have already said and written about this, Mr. O’brien and BATS exchange are actively involved in all of this, he is part of the problem. His statements and behavior speak for themselves. You by the way, I forgot – I was at a party.

Lewis: It’s true, I saw the way you work.

Lewis: What do you mean “not true”, I came to you.

O’brien: When, what date?

Lewis: the Fifth of February. 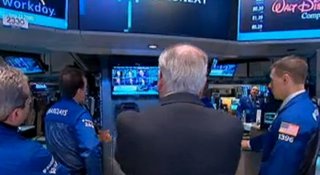 According to several reports, a furious skirmish live led to the suspension of trading: many traders on the new York stock exchange closely followed the developing scandal.

The situation continued. After hearing all the charges, Katsuyama asked O’brien if he confirm that the BATS exchange and its subsidiaries, EDGA and EGX, use a slower data transmission system for orders from market participants (system Securities Information Processor, SIP) that allows the traders using provides high-speed algorithms to play against slower competitors.

O’brien rejected this assumption, stating that the data on the orders for securities handled directly “benefits no one”. However, after the interview, the BATS exchange has released an official statement and thus questioned the statement of the head of the company, confirming the assumption Kazuya. According to the WSJ, under pressure from the attorney General of the state of new York in BATS acknowledged the use of the system slower processing of orders.

A strong resonance which has caused the book of Lewis, he made statements about manipulation in the markets, and increased attention of regulators to the high-speed trading – this negative background scared the company Virtu Financial, which planned to conduct the primary placement of its shares. Virtu is one of the largest companies that actively use high-frequency trading.

During the IPO the company hoped to raise up to $3 billion. However, according to the newspaper Financial Times (FT), in Virtu considered that in this situation the company will not be able to attract the desired amount of funds, so “postpone” the offering.

The victim and the reaction

As already noted, Lewis argues that using high-frequency trading affected not only ordinary investors but also major funds and banks. This includes both financial and reputational loss.

In an interview with Bloomberg Lewis noted that when the active use of high-speed trading has faced, investors such as David Einhorn (Greenlight Capital head), they were “dumb tourists” not understanding the essence of the problem.

It is also worth noting the company’s official statement Charles Schwab, one of the largest brokers in the United States. CEO Charles Schwab said:

“The use of high-speed trading allows traders to use vulnerabilities in the financial system, brings them billions of dollars, but at the same time, undermines trust of investors to the markets. The problem is similar to the growing cancer education, here it is high time to take serious measures. In the event of a further loss of confidence, capital may begin to withdraw from the financial markets.”