The United States insists that its European allies received more battalions, ships and aircraft of NATO, ready to fight, within the framework of deterrence allies of a possible Russian attack.

On Thursday at a meeting of NATO defense Ministers in Brussels, the Pentagon chief James Mattis will seek support of the plan to strengthen military presence. This meeting will be the preparation of the NATO summit in July, which will have to approve the proposals made by Ministers.

The plan stipulates that NATO will land 30 battalions, 30 squadrons of fighter planes and 30 naval ships, such as destroyers, ready to deploy within 30 days after the alarm. About a specific number troops or the deadline for development of strategy it is not. The number of battalions in NATO varies from 600 to 1,000 soldiers.

“We have the enemy (Russia), which can quickly penetrate into the Baltic States and Poland in ground attack. We do not have the luxury of months to mobilize,” said one senior NATO diplomat, who knows about the US plans.

One of the American officials said that the initiative is primarily aimed at countering Russia and meets the National military strategy of the Pentagon 2018, which accuses Moscow of seeking to destroy the North Atlantic Treaty organization.

Earlier, the European edition of the newspaper Politico, citing documents released by the Ministry of defence of Poland, said that Poland has expressed its readiness to allocate up to $2 billion from its budget to Finance a permanent US military base on its territory.

The Ministry of defense prevented the increase its military contingent in Poland. Moscow said it was ready to respond to the expansion of NATO infrastructure closer to Russia’s borders.

Now as part of operation Atlantic Resolve in Poland on a rotating basis is hosted by American tank brigade numbering about 3.5 thousand soldiers. It has 400 tracked vehicles, and 900 units of wheeled vehicles, 87 Abrams tanks and 18 self-propelled 155-mm Paladin howitzers.

Russia will not turn to destroy the Soviet Union, since after the imposition of sanctions against Russia country United.

This was stated by a member of the Committee of the Federation Council of Russia on international Affairs Sergei Tsekov, Russian media reported.

So Tsekov commented on the statement of the Deputy Minister of the temporarily occupied territories and internally displaced persons of Ukraine Heorhii tuka that Russia can destroy the scenario of the USSR, namely, sanctions.

“The main reason for the collapse of the Soviet Union – not the sanctions, and the lack of consolidation of Soviet society. Today, Russia is just a very consolidated on the background of all the attacks on us. So do not wait” – said the Russian parliamentarian.

“Sanctions create problems for Russia, but there are problems creating the same countries of the European Union and, in particular, Ukraine. The Ukrainian side from the limitations that she, like a parrot, enters followed by Europe and America, suffers to a greater extent,” – says Tsekov.

The Minister of foreign Affairs of Russia Sergey Lavrov said that Russia never wanted to return to Big eight and focused on other forms of international cooperation where shared approaches. About it reports Russian channel one.

Lavrov also said that Russia normally reacted to her exclusion from the group of eight and the return of countries to the format of sevens.

“We never anybody did not ask back… And work fine in other formats: SCO and BRICS, and especially in the twenty, where they share our approaches. Within twenty already ultimatums will not do, there is need to negotiate,” – said the Minister.

The Minister of foreign Affairs of the Russian Federation considers that the G20 is “the most promising format for the future and a consensus-building mechanism”.

Putin has prepared a surprise for all owners of FAN ID 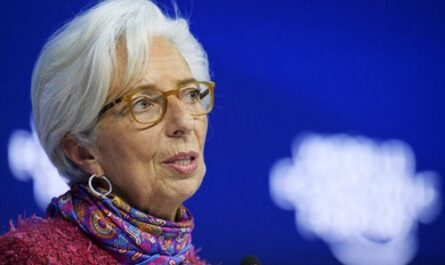