The history of France has many examples of governments and presidents who are unable to fulfill their promises. The current President of France, Francois Hollande, it is safe to write to the record of unfulfilled promises. 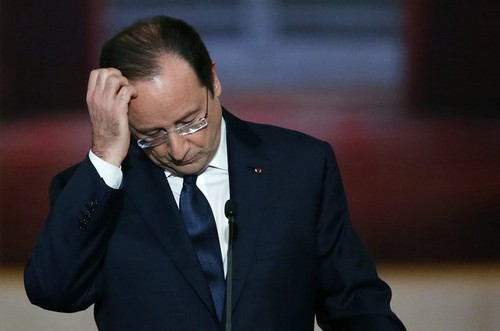 Unrestrained promises caused irritation among the French. This led to the fact that right-wing “national front” marine Le Pen won a landslide victory in the first round of municipal elections in France.

First government reshuffle promised for March 31. The season of retirements will open, most likely, the Prime Minister of France Jean-Marc Ayrault. He has already admitted the defeat of the Socialist party and said he was ready to take responsibility.

The failed economic policy of françois Hollande and his party have led to unfavourable consequences for France. All this has caused a record fall of a rating of Hollande, which was the lowest over the entire history of the country.

1. The reduction of social benefits employers

During the election campaign in 2012, françois Hollande said that he would not “waste a minute” and immediately take on the weak stimulation of the recovery process. He promised to reduce the high social charges levied on employers. Thus, it is intended to ease the pressure on the domestic labour market, allowing employers to expand their state without fearing tax growth and social pressure.

However, 2 years later after Hollande became President of France, the only thing they were asked to reduce the social burden on employers is a “Covenant of social responsibility”. According to him, French companies must give a response to his initiative, to take responsibility for creating new jobs.

The result of the expectations of the French for personal financial situation is rather pessimistic. The IMF predicts that the unemployment rate will rise in 2014 to 11.6% and will not drop below 10.6% for the whole period of the reign of Hollande. 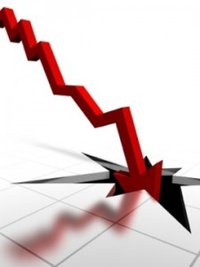 Hollande promised to avoid painful austerity measures in the form in which they were applied in neighbouring Spain and Italy.

However, the negative consequences of the debt crisis public debt and budget deficit France has exceeded the framework of the European Union, with the result that Hollande had to take on the reduced costs.

4. The reduction in external debt 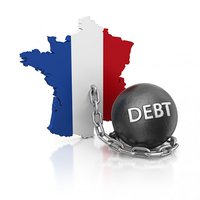 François Hollande during the election campaign repeatedly criticized his opponents for trying to cut budget expenditures, saying that stimulating economic growth is the best way to cut debt.

However, to reduce the external debt also failed. It only grows and with it grows and the cost of its maintenance. The debt to GDP ratio of France is about 93% of GDP. In monetary terms this amounts to about 1.9 trillion euros.

In 2014, the level of public debt will rise to a record high and will reach 95% of GDP. The interest payments on the debt of France reached almost 47 billion euros, and this is the main item of expenditure of the budget.

In August last year, Francois Hollande, realizing the growing discontent of the French in connection with the growing tax pressure, has promised a “fiscal pause”. According to his promises, it was assumed that in 2014 the growth of the tax pressure will stop.

However, the submitted draft budget for 2014 is evidence to the contrary, the French will pay some of the highest taxes in the world. Due to the fact that public debt in 2015 will reach a record 95.1 per cent of GDP, to prevent its further growth is planned for by raising value added tax to the maximum possible value of 20%. Will be abolished some tax benefits, such as benefits for children, and the rate of VAT will rise to 20% from 19.6% for basic and 7% to 10% for intermediate.

Of course, politicians try to smooth over the situation, providing benefits for businesses and poor people, but the problem of the excessive load is not solved.

The tax burden now dissatisfied with, probably, almost all French citizens, and the load is really huge. This year the volume of required deductions exceed 46% of GDP.

6. The growth of the economy

In the election campaign Hollande stated that budget cuts should not harm economic growth. He promised, along with hard measures to implement a program to stimulate economic growth.

Since Hollande came to power in may 2012, growth was observed only in the last 3 quarters, and the government had to abandon its goals to reduce the deficit and reduce the unemployment rate by the end of last year.

Unsustainable growth combined with weak tax revenues mean that Hollande will not be able to reduce the budget deficit to the planned level of 3.6%.

Reforms Hollande was unhappy with even the IMF, where it is believed that the problem of reducing the budget deficit should be solved by cutting social spending, not imposing new taxes “are among the highest by international standards and therefore impede the attraction of investment and creation of jobs.”

The policy of spending cuts and weak economic growth, combined with falling purchasing power, can lead to deflation in 2014

7. The decline in regulation

The uncontrolled growth of different regulations and standards has a very negative pressure on French businesses, primarily in the construction sector. Hollande during the election campaign announced its intention to reduce the “volume control”, but in the first year of tenure of the President has not taken any specific measures.

In result, 2013 became one of the most difficult for the construction sector. According to preliminary data, the number of new homes built in 2013, barely more than 330 thousand units, the lowest level in 10 years. According to the government the number of houses was supposed to be 500 thousand

Trump has tightened sanctions against Venezuela