Portuguese Parliament at its meeting voted against the legalization of euthanasia.

Reported by the BBC. 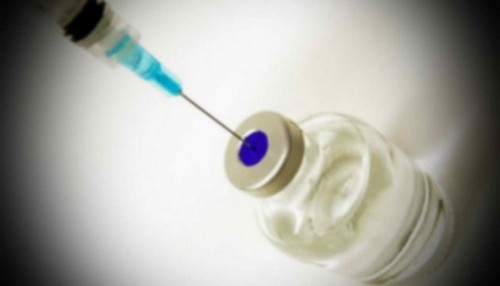 “Of the 230 members of Parliament for the legalization of euthanasia voted 110, 115 against and 4 abstained” – referred to in the message.

The center-left Portuguese government wanted to make euthanasia legal, although with specific conditions. Given the fact that Portuguese culture is traditionally Catholic and conservative, this issue sparked heated debate in society.

Before the vote near the building of the Portuguese Parliament held a rally opponents of euthanasia and abortion.

As you know, euthanasia at the patient’s request is allowed in countries such as Belgium, Netherlands, Luxembourg, Canada, Colombia, and also in the Australian state of Victoria.

The chairmen of the several factions of the European Parliament accused the Prime Minister Mateusz Moravcova in control of Polish courts to the state and compliance with other principles of the legal state.The debate in the European Parliament on the future of Europe on Wednesday, July 4, turned into an exchange of accusations between the Prime Minister of Poland Mateusz Morawiecki and representatives of a number of factions, accusing Warsaw in disregard of the rule of law. “Do not destroy the democratic culture in the country! Poland needs to return to the center of the European Union” – called the Polish government, the Chairman of the faction of the social Democrats Udo bulman (Udo Bullmann) after the speech Moravcova.

The head of the faction the European people’s party Manfred Weber (Manfred Weber) accused Warsaw in the dismissal of judges because of their political positions and to use state television as a propaganda tool. What is happening now in Poland, can be called “the systematic elimination of democratic control”, said in turn the Chairman of the faction of the liberals, former Prime Minister of Belgium, guy Verhofstadt.

Co-Chairman of the faction “green” Francis Keller (Lisa Keller) noted that Polish citizens “protest with European flags, because I hope the EU” is trusted more than its own government. The European Commissioner for economic Affairs, Valdis Dombrovskis, commenting on the new investigation by the European Commission against Poland, said: “We can’t close our eyes when we are talking about systematic threats to the rule of law”.

In Brussels started a new investigation against Poland

In response to criticism of Polish Prime Minister said that every country has the right “to organize its judicial system in accordance with their own traditions.” According to Moravcova, the Polish government has not weakened, but rather strengthened the independence of the judiciary, and the Polish media – “freer and pluralistic” than anything.

Previous initiatives of the ruling Polish party “Law and justice” has repeatedly come under criticism from Brussels. In particular, the European Commission initiated a penalty procedure because of the threat of violation of fundamental values of the EU, accusing Warsaw in making a total of 13 laws that “pose a serious threat to the independence of justice”. The Commission has also filed a lawsuit in the European court of justice against Hungary, the Czech Republic and Poland for failure to comply with rules for the redistribution of refugees.

A few days ago, the Commission opened a new investigation in Poland due to the adopted by the Parliament law that allows to send early retired Supreme court judges. The act also provides that the Minister of justice of Poland will be able to initiate the resignation and to appoint Supreme court judges. In Brussels believe that such a law undermines the principle of judicial independence.

Immigration chaos: Europe sinking into the abyss of unpredictability

Initiative for Catalonia to hold a referendum on independence will not find support in Madrid, according to CNBC. 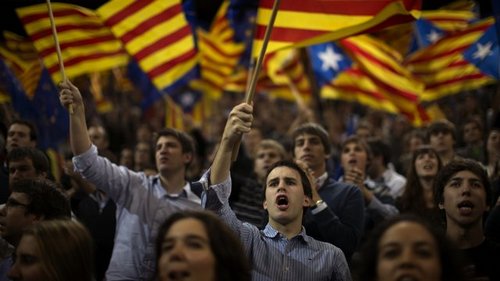 The Catalan Parliament voted in January of this year for a petition to the Spanish Cortes, with a request to hold a vote on the future of the region.

However, experts expect that this initiative will not find support in Madrid.

“Probably more than 80 percent of parliamentarians would vote against the referendum. The government and the opposition are showing unusual unity regarding the Catalan issue,” – said Maplecroft analyst Daniel Feldstein.

According to David Lee, senior analyst for the Affairs of Western Europe at Control Risks, there is no real possibility that this initiative will find support.

The constitutional court in Madrid called unconstitutional plans of the authorities of Catalonia to hold a referendum on independence for the region, which is scheduled for November 2014

The Prime Minister of Spain, Mariano Rajoy fairly reserved comments on the desire of Catalonia for independence: “This will never happen.”

“It is difficult to find the right way out of this situation that will not lead to the destabilization of relations between the center and the region,” said David Lee.

On Tuesday, Rajoy said the right to decide about the political future of the region belongs to all Spanish people, and not just part of it.

Despite the broad self-government of the region and the cultural identity of the Catalans, it is highly integrated into the economy of the country. According to the Organization for economic cooperation and development, the share of Catalonia accounts for 19% of the Spanish economy. The region’s population is about 7.5 million people.

The idea of the separation of Barcelona (capital of Catalonia) from Madrid in recent years, gaining popularity in the background of the deterioration in the Spanish economy. According to the latest data, the level of youth unemployment in Spain is highest in Europe (higher than Greece).

More and more Catalans believe that their region pays too much tax to the Spanish Treasury and independence could solve the economic problems in the region. However, according to the opinion polls, not everyone is ready for the scenario when for the independence of Catalonia will have to abandon the Euro: in the event of separation from Spain, Catalonia would have to re-apply for accession to the Euro area.

Why Italy carries a much greater threat than Turkey?