Despite the fact that yesterday, the Rada failed adoption of important decisions for the development of parliamentarism in General, it was a good day. In short, it was a failed attempt to blackmail the Parliament by the head of state. Trading around the new composition of the CEC was until two nights ago. In the presidential administration knew at least three of the faction will not vote for this question because I’m afraid a presidential majority in the CEC. 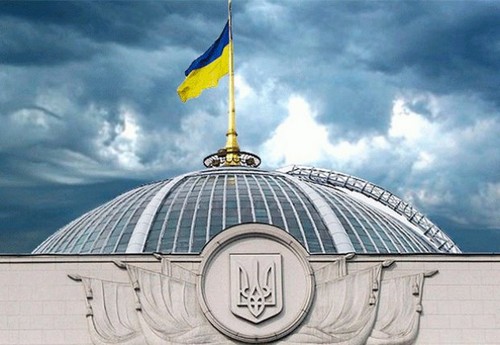 However, the head of state insisted on voting, and when it failed, withdrew his men from the audience, hinting that it may initiate the dissolution of the coalition and to begin the process of early elections. In response, the Verkhovna Rada, headed by Andrew Paruby decided to demonstrate that they are able to collect votes and to remain operational even against the will of the President and without his faction.

In the morning the agenda was the text of the resolution on the appointment of 14 new members of the Central election Commission. For understanding, the term of office of the CEC expired two years ago, that did not prevent the President to award the order of the head of the CEC and within two years to support his illegitimate status.

In the morning no sign of the crisis was not. But while the vote was 47 votes short. For the resolution voted the lion’s share of the popular front, Fatherland, the will of the people, Vidrodzhennya and the Opposition bloc. Who failed and why, in principle, the resolution appeared on the agenda without prior approval, is unclear. Rational explanation or two.

(1) 10 of the 14 candidates invited to the CEC affilirovany with the environment of Petro Poroshenko. Including 7 persons officially nominated by his faction, one member under the quota of the Impact and one candidate from the group of the will of the people and Renaissance. In the case of election of such a composition, the head of the government would be controlled by the CEC. In General, this is the main reason why for two years the head of state by all available means torpedoed the change advantageous composition of the CEC – he set them a worthy replacement.

(2) the Second reason is not understood, who “throw”(not my jargon, quoting colleagues). The fact is that this CEC has only 13 vacancies and for consideration of the hall has nominated 14 candidates. Accordingly, the question arose, who did not get the chair and, obviously, the most likely victim could be a representative of one of the opposition factions.

After the failure of the vote on the new composition of the CEC faction of the BPP announced a boycott and refused to vote for any of the other laws in the courtroom. In response, the opposition factions, groups and independents realizations to demonstrate that they can continue the work of the Verkhovna Rada and without the votes of the presidential faction.

Let me remind you, the presidential faction has 136 members. Only hall – 422 MP, and for any decision to require a minimum of 226 votes. In the asset opponents of the boycott BPP was 286 MP. After a long break, the Parliament has demonstrated that it is able to make a decision without the President’s faction, giving 240 votes for the first bill on the agenda. Repeat this on a regular basis will be difficult, but as a symbol of good.

This is not the first time Parliament went against the wishes of the President. In December last year, Parliament refused to vote for the presidential bill about the dismissal of the head of NABOO; then was the story of the anti-corruption court and the law about National security, in which the position of the head of state was considered to put it mildly not at all.

Speaking about early elections, theoretically it is certainly possible. But legally this is a complex mechanism, and, based on my experience, I am sure that the current balance of forces, to start such a procedure without the agreement of the key factions impossible. Everyone understands why it can be necessary to the President, but few can explain why it is necessary to other players.

Georgia blamed Russia for the deaths of civilians