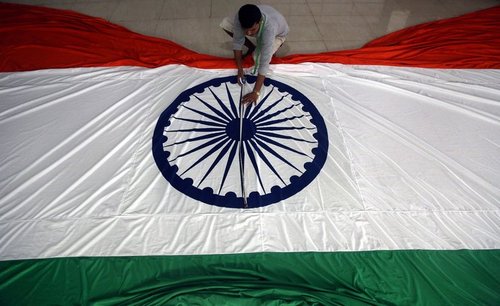 India is ready to pay for Iranian oil in rupees through state-owned UCO Bank.

Last week the Minister of foreign Affairs of India Sushma Swaraj said after talks with Iranian foreign Minister Mohammad Javad Zarif that the government of India will continue with economic cooperation and trade with Iran and will only stick to those limitations which were imposed by the United Nations, and not any other country.

As reported “Vesti.Economy”, may 8 US President Donald trump has announced the release of the nuclear deal, saying that, despite the agreement, Iran continues to enrich uranium and develop nuclear weapons. Trump has promised to restore sanctions against Tehran.

The actual limit will apply to all foreign companies that conduct transactions with Iran in US dollars, use the services of American banks or do business in the United States.

According to the International monetary Fund, India’s economy could grow by 7% in 2018 to continue to grow, India needs energy. Therefore, for new Delhi to purchase Iranian energy a matter of national security, writes Asia Times. Given the desire of India to get around Pakistan, it is clear that to ignore the us sanctions new Delhi encourage reasons related to geopolitics and geo-Economics.

In the financial year ending in March 2018, India increased its purchases of oil from Iran 114% compared to the previous Pingdom.

For a comprehensive partnership between India and Iran, important energy, trade and investment corridors, banking, insurance, shipping and, most importantly, the ability to do everything using rupee and Rial, bypassing the US dollar.

India and Iran are already trading in euros is a first step to bypass the dollar. Both countries are still using SWIFT. If we assume that the EU will not give a unilateral violation of the US Iran nuclear deal, oil supplies to India will not fall under the sanctions.

If so, then the second step will be to substantially stimulate already growing trade in rupees and rials on the energy front, aided by the fact that Tehran has invested in the modernization and improvement of insurance of its fleet of tankers.

New Delhi needs to supply gas from the South Pars field, the largest gas field on the planet, either through a gas pipeline Iran – Pakistan – India (but complicated relationship between India and Pakistan have prevented the implementation of this project), or, more likely, via a sea pipeline from the Persian Gulf to the Indian ocean.

In addition, with Iran are important for India projects: investments in the amount of $500 million in the port of Chabahar in the Indian ocean and the completion of the railroads Chabahar – Zahedan. Chabahar is the starting point of the Indian version of the New silk road, linking India with Afghanistan and Central Asia, bypassing Pakistan.

The SCO summit, which will take place on 9 and 10 June in Qingdao city (Shandong province) in Eastern China, will provide a forum for the discussion of all these issues. The summit will bring together Russia, China, India and Pakistan as full members, and Iran and Afghanistan as observer countries.

Trump wants to organize a meeting with Putin