After the failure of negotiations on the new government to the Italian President apparently committed to the establishment of a technical office. He was invited as a consultant economist and former IMF official Carlo Cottarelli.Italian President Sergio Mattarella after another failed attempt to form a government on Sunday, may 27, was invited to a meeting on Monday economist Carlo Cottarelli. It is expected that the President will propose Cottarelli to lead a “government of technocrats” capable to run the country until new elections.

Cottarelli has long been a high-ranking member of the International monetary Fund. He is known as the developer of methods to reduce public spending and bringing order to public finances.

Previous candidate for Prime Minister, Professor of civil law, Giuseppe Conte returned the mandate to the President after a conflict arose between Mattarella and the coalition of the movement “Five stars” and the party “League”. The parties failed to agree on a post of the Minister of economy and Finance. The President refused to approve this post, Paolo Savona, known for his euroskeptic views.

In Italy, populist parties of the “Movement 5 stars” and “League” was nominated for the post of Prime Minister the candidacy of law Professor Giuseppe Conte, virtually unknown in politics.

“Conte is the Prime Minister of a political government”, – said the leader of the “Movement 5 stars” Luigi Di Maio after he nominated Conte to the President. 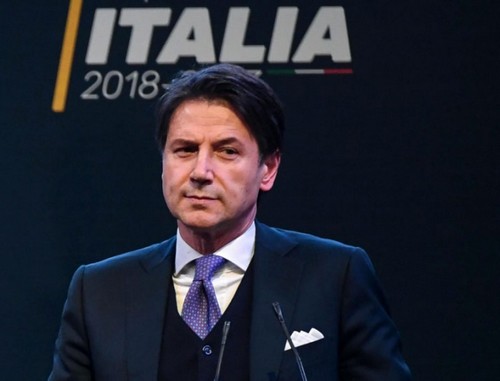 Conte has worked as a lawyer and academic Professor, and his resume includes brief periods of teaching at the universities of Yale, new York and Cambridge. He was proposed as a possible Minister of the “Movement 5 stars” before the elections in March.

Conte is little known outside political circles of Rome and has no significant political experience. He is described as a technocrat, which, according to critics, contrary to pre-election slogans of both populist parties, which participate in the formation of the coalition.

Corriere della Sera, a leading daily newspaper of Italy, described the Conte “as moderate and balanced”.

The pilots worked for the interception of enemy aircraft, which was a government plane with defence Minister of Montenegro on Board.

NATO fighters in the skies over Montenegro

Fighters of the air forces of Greece and Italy went on patrolling the airspace of Montenegro in the mission of the air police of NATO. This was announced by the government of Montenegro.

In the same day, the exercise simulated invasion of the airspace of Montenegro enemy aircraft, played a government plane with defence Minister Predrag Bošković on Board.

“The NATO principles apply to all members after accession. One for all and all for one, Montenegro today, as the other 28 members still struggling with it myself,” said Brigadier General Roberto Di Marco. 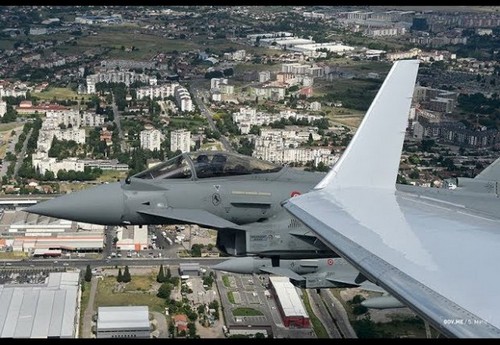 Planes of the air forces of Greece and Italy in 2009 are patrolling the air space of Albania, and now Montenegro.

Medvedev: the counter must extend

Bridge attraction: all of the Crimea!