On Tuesday, Jordan’s king Abdullah II appointed a new Prime Minister, announced the Royal Palace, calling a leading reformer head of government in the hope that they would be suppressed by the anti-government protests. 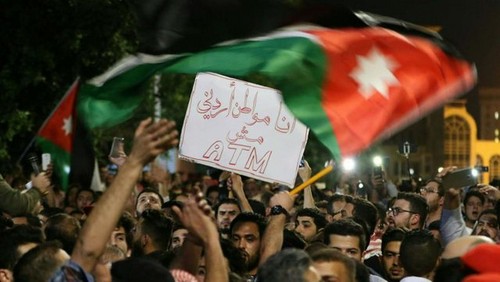 The Cabinet member Omar Razzaq, a former senior representative of the world Bank, educated at Harvard, succeeded as Prime Minister Hany Moulki, who resigned on Monday, amid growing protests against the austerity program of the government, including planned tax increases. Razzaq served as Minister of education in the government Moulki.

The king kept the last word on all questions of policy and, apparently, will determine the parameters of any economic and political reforms.

In the letter of appointment Razzaq monarch urged the new government to review the tax system and to issue a new tax bill in cooperation with the Parliament and unions.

He also expressed sympathy to ordinary Jordanians, who have long complained that they are forced to pay taxes for poor services. Critics have noted that the current tax proposal unfairly target the poor and the middle class.

It is unclear whether to reduce the appointment of Razzak growing public anger at the political and economic system, which many consider corrupt, the benefits of which are intended for smaller groups of elites.

Jordanian analyst Helmi Asmar said that remains to be seen whether or not a Razzak mandate for reform.

“It is he who runs the country, or is it an old machine and the old system? Until we see signs for optimism”, he asked.

Protest organizers said they intend to maintain pressure, including a one-day strike is scheduled for Wednesday, until the tax will not be deferred.

Moulki, which gave impetus to carrying out unpopular austerity measures, resigned after several days of mass protests in Jordan. They were arranged against the tax plan, the most recent of a series of economic reforms sought by the IMF to establish control over the growing public debt.

The Kingdom has experienced the economic downturn partly on the background of the prolonged conflict in neighbouring Syria and Iraq and the large influx of refugees in recent years. The official unemployment rate increased by 18%. It is assumed that among the younger generation of Jordanians, this figure doubled.

The protests lasted even after the resignation of Moulki. In the night from Monday to Tuesday, several thousand Jordanians went to the office of the Prime Minister.

Next to the demonstrators on duty police to prevent them to enter the building. However, the fifth street protests for many days was largely peaceful.

The protesters said that personnel changes at the highest level don’t matter without carrying out fundamental reforms.

Razzaq earned a doctorate in planning, he completed a fellowship at Harvard, taught at mit from 2002 to 2006 From 2006 to 2010 he held the post of world Bank Manager in Lebanon, paying particular attention to private sector development and infrastructure Finance.

Razzaq then returned to Jordan to lead the social security Corporation. From 2011 to 2012 led the national team responsible for preparing the employment strategy of the country.

Medvedev: the counter must extend