The Russian company started to export meat to Turkey. This was stated by Deputy Prime Minister Alexei Gordeyev.

In the course of his working trip to the Tver region on 27 July, the Deputy Prime Minister told reporters on the beginning of deliveries of meat companies in Russia on the Turkish market. He also noted that there are already direct requests for supply of Russian meat to the Middle East.

“I can tell, the first batch of beef supplied to the market of Turkey. Great perspective for poultry meat. So we understand that Turkish farmers also have a fairly strong position, but you can balance that complement each other

Already there are direct applications like Turkey and many Middle Eastern countries related to the supply of beef. We still hope that will open the Chinese market for us, there are prospects”. 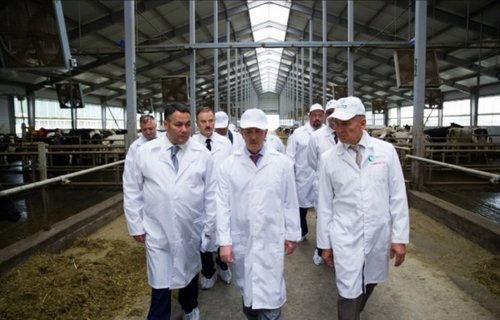 The theme of the opening of the Turkish market for Russian companies were affected at the highest level a day earlier, on July 26. In the framework of the BRICS summit in Johannesburg, the President of the Russian Federation Vladimir Putin at a meeting with Turkish President Recep Tayyip Erdogan said that accept his invitation to go to a restaurant, once in Turkey will start deliveries of Russian meat.

Vladimir Putin: You got me in a restaurant promised to invite.

Erdogan: I invite you.

Vladimir Putin: Yes, but we agreed that when you are our meat products suffer on the market, when the restaurant will be meat dishes of Russian meat, and we will come.

Erdogan: I have great pleasure I will wait for you.

“Trade war” trump will bury the US economy?

The chance of a political collapse in Saudi Arabia

China is waiting for a record number of corporate defaults