Serbian archaeologists have unearthed the intact sarcophagus of Roman Viminacium in what can be called a rare success for researchers who have devoted their lives to studying the distant past of our planet.

First, let’s clarify for readers (certainly not all know it) that Viminacium – a Roman military settlement on the territory of modern Serbia was founded in the I century BC and existed till the V century, when it was plundered and burned by the Huns.

It is interesting in that according to the standards – it was one of the largest cities in Europe with population over 40 thousand people, the capital of the Roman province of upper Moesia.

For archaeologists, the ancient city is a godsend, as its territory has not increased in the future, new settlements, such as was the case with Budapest, London. This is 450 hectares of “pure” archaeological site, that is free from modern buildings, the area has been little studied in practical (not more than 5 percent).

Found the Roman sarcophagus is unique in that it for centuries (already pre-determined that it dates from the III century ad) is not looted, the burial is not damaged accidentally peasant the plough, it did not affect the use of nearby heavy equipment (coal power plant). Just a miracle!

In the sarcophagus were the remains of men and women, clearly owned by people of the upper class. This is evidenced by clothing, jewelry, and other graves of notable people nearby. Modern methods of research will allow archaeologists in the future to determine with accuracy when I lived this pair, who had each other and so on.

The hard work with this archaeological find, the Serbian researchers is yet to come

Here is what it says excavation Director Miomir Korac’s (Miomir Korac) who is the Director of the Institute of archaeology of the Serbian Academy of Sciences:

“We were lucky, because on the territory of modern Serbia was born eighteen Roman emperors, including Constantine the Great. But the biggest luck for Serbian archaeologists became vacant Viminacium where there were, and some are buried here, private Roman rulers.

For example, we have unearthed the tomb presumably of the Emperor Marcus Aurelius Karina, discovered at the time unique gold plates with curses, as some other findings are invaluable to the history of the world. And now – a new success: the intact tomb of the men and women of the highest Roman class.

Since 1982, it’s only the second intact sarcophagus discovered in Viminacium. Understand now that even in this fertile for archaeology place luck does not happen so often, especially when you consider that we are separated from that time more than a thousand years…” 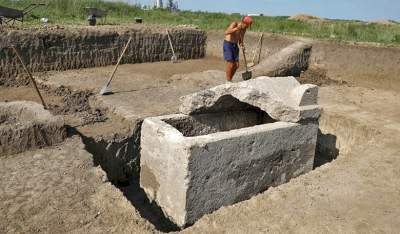 Unique coffin was raised and opened on 10 may, but today the journalists of the Serbian TV station RTS was able to interview the Miomir Korac, however, the scientist, briefly spoke about the details of this discovery, said that the main, very hard work, even the most interesting, they are yet. 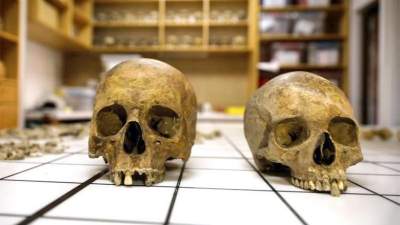 And this analysis of each of the items from the sarcophagus, to determine its place in the puzzle “Viminacium” and more that, ultimately, will determine the main thing – who and when were buried here…

The German manufacturers believe in the power of the market