The behavior of the US in the international arena often raises many questions because of his irrationality and at times arrogance. Latest statements of the American leadership regarding the oil market – another confirmation. 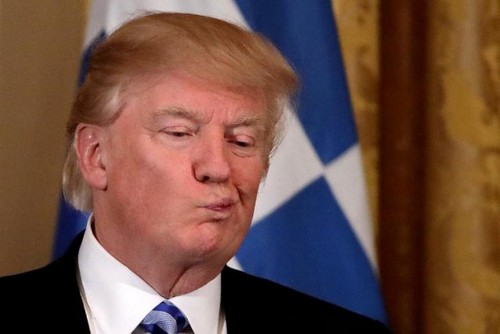 Donald trump lashed out on OPEC, saying that the cartel and Russia including manipulating prices. Trump has urged Saudi Arabia to maximize production to make up for the shortage of supply due to production cuts in Venezuela and Iran.

For some reason the leader of the United States notes that the reasons for the decline in production in these countries is in many respects the actions of the US. It is the States, said that Tehran does not fulfill the conditions of the agreement and decided to renew the sanctions regime, with the result that many buyers of Iranian oil have begun to refuse to supply.

Economic problems of Venezuela, of course, impossible to fully explain the actions of the States, however subversive activities against this country Washington is long and hard, and deep crisis in Venezuela is partly the handiwork of the Americans.

Also worth noting is Libya, where the U.S. made a coup, and now there is constantly maintained political instability. Recently it became known that Eastern Libya has stopped exporting oil. The country is said that losing about 850 thousand barrels of oil on a daily basis, with daily losses of $67.4 million Is related to the closure of oil ports and fields and the cessation of export operations by the authorities in the East. 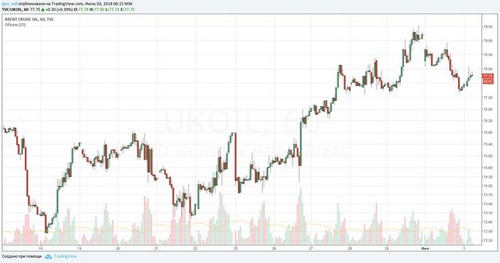 Production and export operations were suspended in Libya early last week, after the Libyan army, led by General Khalifa the Haftarot has announced the transfer of the oil ports and oil fields to the institution associated with the interim government in Eastern Libya, instead of to transfer them to the oil institution associated with the national consensus government in Tripoli.

The decision of the Haftarot has led to conflict between the authorities in Eastern and Western Libya, after the courts were forbidden to boot in the major oil ports.

In General, almost wherever there is a decline of mining, there were no Americans. But Washington says that OPEC, not the United States, manipulates the price of hydrocarbons. The United States also does not consider it necessary to mention that the rising price of oil shale has allowed companies to increase production to record, and by the United States to put the record export of “black gold”.

Now, apparently, oil prices are growing too fast, which is reflected in the price tags at the gas station. Worrying about the impact of gasoline prices on the mid-term elections, the administration trump aggressively lobbying to increase production.

We will add that earlier “News. Economy” reported that the US is preparing a very specific blow to OPEC. For consideration in the U.S. Congress at the end of may a bill was presented “Against the cartels in the production and export of oil,” which, in fact, has existed for 18 years. The document outlaws cartels on the market of “black gold” and proposes to extend for OPEC antitrust the Sherman act, which is over a hundred years ago was used to shatter the oil Empire of John D. Rockefeller.

The bill has overcome the first hurdle: last week it was approved by the legal Committee of the house of representatives, writes finanz.ru. Since 2000, lawmakers have repeatedly tried to pass this law, but George Bush and Barack Obama threatened to veto.

In 2007 it was approved by both the Senate and the house of representatives, but the President refused to sign. But, trump’s a different story. He more than 30 years actively criticizes OPEC in his books and public speeches, arguing that the cartel “is stealing from American citizens.” In addition, trump has already indicated radical behavior, starting, in fact, the “trade war” with China, the EU and other countries.