The likelihood of a new military attack of Russia against Ukraine with the aim to break a land corridor to occupied Crimea cannot be excluded, but in this case she will receive a tangible answer.

This was told by one of the leaders of Crimean Tatars, representative of the President of Ukraine for the Crimean Tatar people, MP Mustafa Cemil.

“Putin’s behavior is generally unpredictable, nothing can be ruled out. But from Putin it would be very unwise and futile.

Still, Ukraine is not in such state as in 2014. So before embarking on this, it needs the mind to calculate how much “cargo 200″ will have to deliver to their homeland, what will be the reaction in the world and in Russia itself. In short, this is unlikely,” he said.

In this context, Cemil recalled that in 2014, there was a similar danger on the part of the invaders, but then they were stopped by Ukrainian volunteers.

“And now the Ukrainian army is among the best in the world,” he said.

Photo: in the Crimea, Donbass and Salisbury – General calls on all NATO members

NATO countries must work together to respond to modern threats, including terrorism, cyberattacks and Russian aggression.

This was stated by NATO Secretary General Jens Stoltenberg during a visit to London, the website of the Alliance.

“We are faced with the unpredictable situation in the field of security in a generation. International terrorism, proliferation of weapons of mass destruction, cyber attacks. And, of course, Russia, which uses intimidation and force against their neighbors,” – said Stoltenberg.

He noted that each of the 29 member countries of NATO has its own history, geography and culture and between them there are differences, but they are able to unite around a common goal.

“Illegally annexed Crimea, destabilized Eastern Ukraine, interference in our internal Affairs and an attempt to kill a British citizen and his daughter in Salisbury using banned chemical weapons is our common challenges. It is in all our interests to take them together,” he added.

Russian President Vladimir Putin over the entire period of the annexation of the Crimea Peninsula, adhere to your secret plan

This was announced by the Chairman of the Central election Commission of the Kurultay of the Crimean Tatar people Zahir Smedly.

“In Crimea such conditions are created, such as the inability to learn in their native language, inability to participate in management, impossibility to earn a livelihood, so that people were forced to leave the Crimea, but instead they will, of course, to settle others,” he said.

At the same time, the Chairman of Mejlis Mustafa Dzhemilev said that the exact number who left annexed Crimea can not be called. According to him, FSB has developed a set of measures for the survival of the Crimean Tatars from their native land. If the Tatars could not be persuaded to cooperate with the occupiers, occupiers declare them criminals

“They, as in Stalin’s time, want to see an ethnically pure Russian Crimea”, – he stressed.

Russian President Vladimir Putin signed a law establishing April 19, the Day of the adoption of the Crimea, Taman and Kuban in the Russian Empire in 1783 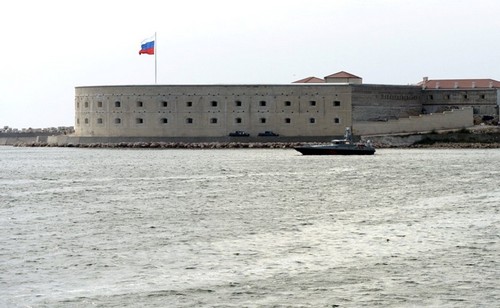 The crisis Rouhani helps to fight corruption in Iran