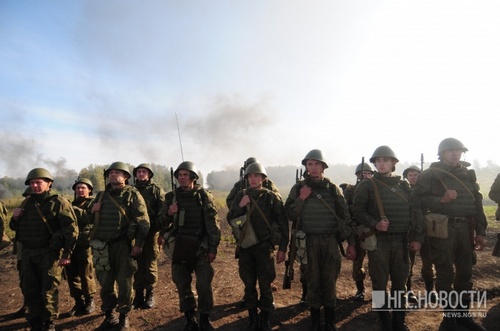 The troops of the CVO started a week of combat readiness

The exercises began in the framework of the week of combat readiness.

“The soldiers worked the issues by bringing the highest degree of combat readiness.

These include the weapons, equipment and ammunition, withdrawal of military equipment from short-term storage, the exit of the Park of fighting vehicles and the March to the area of formation.

In addition, in the framework of classes has been proven organization’s interaction and communication between departments. Soldiers of the spent actions on emergent tasks, such as the attack of the enemy on the most important objects”, – the press-service of the CVO.

Also in a press-service of the CVO noted that the exact number of soldiers who were alerted in the Novosibirsk region, is privileged information.

Now in the Novosibirsk region are preparing yet another military action – on the ground in Koltsovo from 28 July to 10 August will be held the contest “masters of reconnaissance”.

Arrived in Novosibirsk scouts were treated to a loaf

In Novosibirsk with bread and salt greeted the military from China, Belarus and Zimbabwe, who came to the region to participate in the international contest “masters of reconnaissance”.

A solemn meeting of the scouts was held on July 19 at the airport Tolmachevo, told in the press service of the Central military district.

The defense Ministry explained that there were performance from the orchestra of the Novosibirsk higher military command school, which played the anthems of the people’s Republic of China, Zimbabwe, Belarus and Russia.

“In addition, the soldiers passed a preliminary medical examination and was taken to the location NWCU where they will be accommodated during the international competitions”, – said the press service.

Soon the team will start training.

The international stage of the competition “masters of reconnaissance” will be held in Novosibirsk from 28 July to 10 August. For the best will fight the military of Russia, China, Sudan, Kazakhstan, Uzbekistan, Belarus and Zimbabwe.

This week in Novosibirsk the train came from the Chinese military equipment that will be used in the contest of intelligence.

Menu for the military cook has developed NWCU

For foreign scouts who came to Novosibirsk for the contest “masters of reconnaissance-2018” developed a special menu of 25 dishes.

According to the press service of the Central military district, the development of the menu was done by chef the Novosibirsk higher military command school (NWCU).

“A varied diet for scouts organized at all meals subject to enhanced loads of troops during international competitions and features cooking traditions of the participating teams.

In addition, on the dining room menu NWCU for the military always serves fresh vegetables, fruits and sweets,” – said the press service of the CVO.

In a press-service of the CVO noted that meals will be available not only foreign spies, but the Russian military. “Designed for all participants of competitions” – briefly added to the CVO. 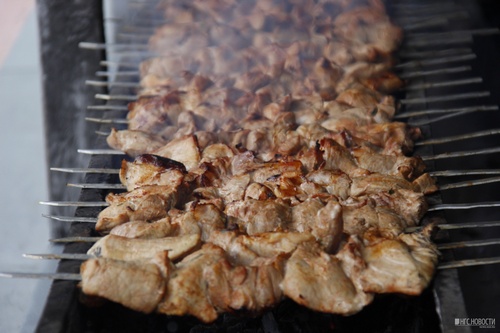 Now the scouts are in the barracks NWCU. The active phase of the contest “masters of reconnaissance-2018” will take place on the ground Koltsovo near Novosibirsk from 28 July to 10 August.

Military from China, Belarus and Zimbabwe arrived in Novosibirsk on July 20. At the airport Tolmachevo, they were met with bread and salt.

Military from China and Zimbabwe landed in Novosibirsk blue spruce

The trees were planted on 28 July

Foreign intelligence officers who came to the contest “masters of reconnaissance – 2018”, planted in Novosibirsk the Alley of friendship.

According to the press service of the CVO, just the scouts planted 8 cedars and blue spruces – the number of trees equal to the number of teams participating.

“The ceremony was held on the opening day of the international competition. <…> was the beginning of a good tradition, which will follow participants coming years”, – told the correspondent of NGS in a press-service of the Central military district.

Soldiers from China, Kazakhstan, Zimbabwe, Uzbekistan, Belarus and Armenia arrived in Novosibirsk on July 20. At the airport Tolmachevo, they were met with bread and salt. Especially for foreign military chefs Novosibirsk higher military command school (NWCU) has developed a menu of 25 dishes.

Ukraine is in a vulnerable position