The summit between Russia and the United States at the highest level in Helsinki was “a missed opportunity” because of the political problems of the United States. But the meeting of Russian President Vladimir Putin and U.S. President Donald trump was necessary. 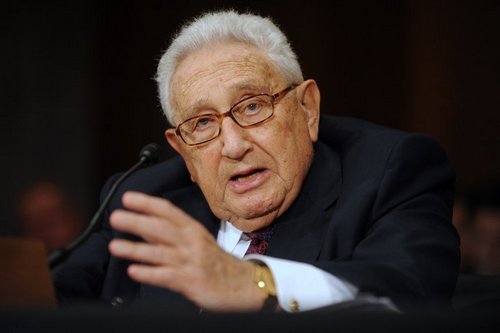 In an interview with the Financial Times, said Henry Kissinger.
95-year-old American diplomat who served as Advisor on U.S. national security (1969-1975 years) and Secretary of state (1973-1977 he was), said that “for several years” advocated the holding of this summit.
“It was a meeting that was to take place. I was called for holding this meeting for several years. She was buried the political problems of the United States. It’s definitely a missed opportunity.”

During the interview, Kissinger also said repeatedly that the world is undergoing major changes and the emergence in the political arena such controversial figures as Donald trump, is a sign of the end of an era:
“In my opinion, trump is one of those figures who from time to time appear in the history, marking the end of an era and forcing us to discard the old act. This does not necessarily mean that trump understands it or considering some Grand alternative. Maybe it’s just an accident.”

The American diplomat also said that the attempts of non-stop expansion of the North Atlantic Alliance was not taken into account the interests of Russia and it “was a mistake” for NATO.
“NATO made a mistake when decided that there is some historic evolution that will take place across Eurasia, and did not understand that in this way, they will meet something very different from the Westphalian state. For Russia it is a challenge to her identity.”

It should be noted that Henry Kissinger was never a friend of Russia. After completion of the work in the state structures of the USA, in spite of his advanced age, still very active, though indirectly, involved in international politics, regularly meeting with various world leaders, and speak at different forums.

In a sense, Kissinger, and a former Western officials, evaluates the changes happening in the world from the point of view of “pragmatic globalism”, given the strengthening of geopolitical positions of Russia and China, while speaking about the prospects of preserving the old world order.

However, his comments about Russia, NATO and the Donald trump show that he sees less opportunity for such a scenario. Words about the “end of an era and the same pretense” means a statement of the end of Pax Americana, the completion of the old world order under US control. Perhaps that is why one of the key phrases in his interview made FT in the title was the phrase “very, very difficult times”:
“I think we live in a very, very difficult period for the world.”

Henry Kissinger: ‘We are in a very, very grave period’ https://t.co/pLhOFH4dNK

Can NATO improve its combat readiness in Europe?

Iran urged the world to resist the aggression of Washington