The Ministry of foreign Affairs of Russia said that the Japanese Parliament is an impediment to negotiations on joint economic activities on southern Kuriles.

The Russian foreign Ministry noted that the adoption by the Japanese Parliament of amendments to the legislation under which the joint economic activities with Russia in the South Kuril Islands is linked to their “ancestral affiliation of Japan” is an attempt to intervene in the negotiations between Russia and Japan signing a peace Treaty.

The foreign Ministry of the Russian Federation recalled that the Southern Kurils are part of Russia (as the successor RFSR – approx. ed) legally on the end of the Second world war and “the Russian sovereignty over them is unquestionable”. 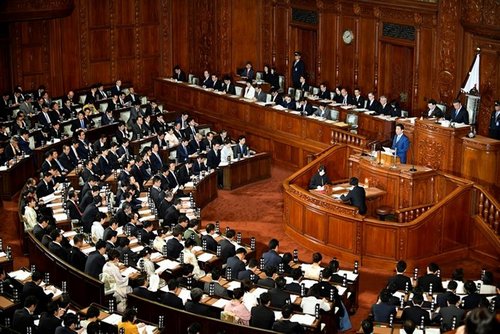 According to official reports recently, the Japanese Parliament passed a number of amendments in the so-called law “About special measures to promote the solution to the problem of Northern territories” from 1982.

It is unclear why Japanese lawmakers needed to pull the light to update the legal act adopted in the era of far from the friendship and cooperation bilateral relations with Moscow, now that relations between our countries are developing dynamically in line with the decisions of the leaders of Russia and Japan. Moreover, the amendments directly contradicted the agreements reached at the highest level the establishment of joint economic activities (DSS) in the South Kuril Islands, including in the interests of creating an atmosphere of trust and cooperation between our two countries.

In the approved bill DSS directly linked to the false thesis about the “original facilities” in Japan the South Kuril Islands and de facto is in line with the measures “early return of the Northern territories”. We see this as not that other, as attempt to prejudge the outcome of those negotiations, to impose unacceptable solutions to the problem of a peace Treaty. I would like to reiterate that the Southern Kuril Islands belong to the Russian Federation on the lawful bases following the Second world war and the Russian sovereignty over them is indisputable.

We regret that the efforts made by the Japanese parliamentarians step creates serious obstacles for the further promotion of negotiations on storage”.