European Commission President Jean-Claude Juncker will meet with the President of the United States Donald trump in Washington next week to explore the possibility of initiating negotiations on the reduction of tariffs on cars for several key trading partners. It is reported Bloomberg, citing two sources familiar with the situation. 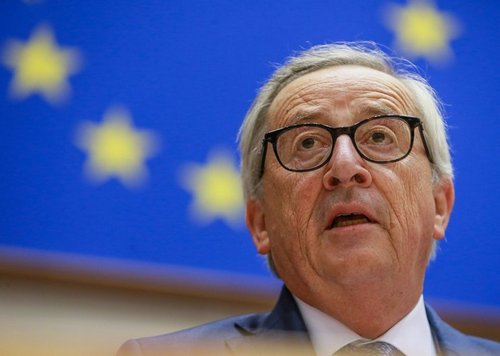 Juncker probably signals the readiness of the EU to consider the so-called sectoral multilateral deal to reduce tariffs on vehicles between the two sides and other major countries-exporters of cars, said one of the interlocutors of the Agency. A transaction which could significantly affect the automotive sector, requires time. The sources doubted that the tramp will take her.

Juncker and the tramp “will focus on the improvement of transatlantic trade and the strengthening of the economic partnership”, said in a Tuesday statement, the European Commission, which reported on the meeting on 25 July.

The EU is trying to prevent the United States investigation about causing the import of cars and auto parts damage to national security that could result in the imposition of duties on cars at the rate of 20%. Juncker seeks to resolve the conflict, after the bloc imposed duties on goods from the USA for €2.8 billion in response to U.S. duties on steel and aluminum.

According to another source, Bloomberg, the EU wants to use the meeting Juncker with trump to discuss further actions, given the differences between the member States of the bloc. Germany, which last year put 640 thousand cars in the U.S. are ready to agree with trump.

As reported “Vesti.Economy”, earlier this month, German Chancellor Angela Merkel said it would support the reduction of duties on EU imports of cars from the USA. This statement was a response to Washington’s proposal to abandon the threat of the imposition of duties on European cars in exchange for concessions.

“If we want to negotiate about tariffs, for example on cars, we need a common European position and we are still working on this,” said Merkel.

Any step to reduce the tariffs on American cars will require the reduction of tariffs on vehicles imported from other countries, in accordance with world trade organization rules, she said.

Some member States of the EU, including France, oppose such an ambitious global deal on cars. However, there is no other legal means concessions, which can offer the unit to appease trump, said one of the officials to Bloomberg. Even if Juncker will not have the mandate to make a binding offer to Trump, he will consider this option, because it’s a decision that the Executive body of the EU considers realistic, the official said.